I was culling spammers to trim my inflated Twitter Follower count (a trimming I hadn’t done in months) and from time to time I’d pop up someone’s profile to have a peek.

The Croatian govt’s PR man was known as “The Leni Riefenstahl of Croatia — but without the talent.” -Ebook excerpt. http://amzn.to/amx6LWFri Sep 03 00:06:17 via web

END_OF_DOCUMENT_TOKEN_TO_BE_REPLACED

In Search Of … Kale’s Rubicon Office

In episode 6 of AMC-TV‘s Rubicon series, I noticed this:

That sent me looking at my API building research photos.

What was interesting is that style of lamppost is not on the sidewalk in front of the API building!

END_OF_DOCUMENT_TOKEN_TO_BE_REPLACED 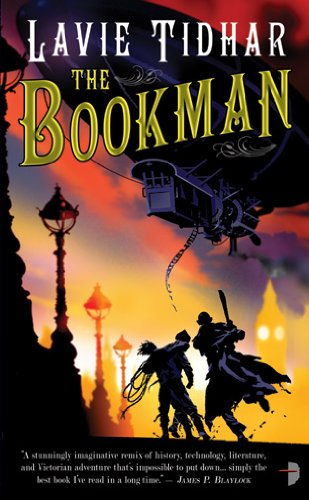 Ninety percent of Sony products will connect to the internet and to each other by 2011, Sir Howard Stringer promised the 2009 CES crowd in the show’s opening keynote.

We can no longer say that we’re right and our customers are wrong. We can’t build only what we want to build.

And yet here we are near 2011 and Sony releases two new models of the Reader that lack wireless.

Sony claims “customers” said touchscreens were more important. How odd that no one — absolutely no one — on the Internet who has bought the Sony Reader agrees with that!

And the Amazon Kindle and Barnes & Noble Nook both have WiFi versions below the price of Sony’s new lowest-price non-wireless Reader.

Prices should also be reasonable and reflect what customers are willing to pay.

The relationship between Sony and its customers is changing, even if some people at Sony may not like it. We really didn’t have anything you could call a relationship back in the analog era. It was pretty simple, with the manufacturer providing products and the customer either buying them if they liked the goods, or not. The Internet and information technology have changed all that. And if we don’t adapt accordingly, we will lose our customers to the competition.

Does he really think these two new non-wireless Readers won’t send people in droves to the Kindle 3 and Nook? Srsly?

Add Your Own Picture to the Kindle Screensaver

Add Your Own Picture to the Kindle Screensaver

Try searching for Robert Heinlein books on Kindle for example. You’ll find only six. But don’t rush to trade your Kindle in for Nook, Sony eReader or even iPad – you will find exactly the same selection there – I’ve checked. However if you head over to pretty much any torrent tracker you will find full Heinlein bibliography floating around in zipped PDF files. So while publishers cling to their old business models or argue who is going to charge whom and how much, books are being pirated because there is absolutely no way to get these and other works of literature in digital form. Hopefully it will get better just as it did with music industry.