I got an email earlier this week from J&R notifying me that they’d gotten the new Red Sony Reader Touch Edition in stock. So today I went in to fondle it.

I was totally unprepared for what happened next.

This is the display I encountered: 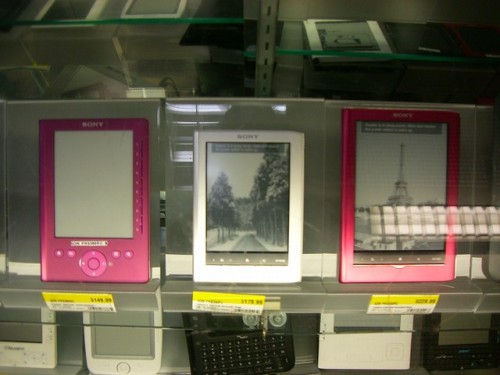 Guess what happened next?

END_OF_DOCUMENT_TOKEN_TO_BE_REPLACED

October 5, 2010 UPDATE: Move on. Go away. I’ve had to retract this post (except for the three posters in the Borders window, which you can still see after the break).

Not only has Borders now added the two new Sony Reader Touch models for ordering, they’ve also — stupidly — raised the price of the Aluratek Libre from $99.99 to $119.00.

I went into Borders this morning and noticed something strangely different at the Area E section. The notice telling people they could pre-order the new models of Sony Reader was missing. I asked the Area E person about this. She said Borders no longer intends to carry those.

This has to be the first smart move Borders has made in eBooks.

I have nothing against Sony and its new Readers (see this link — which I will make live later once that post is finished). It’s just that they no longer fit in with the Borders/Kobo setup.

To briefly recap: Kobo has its own system. The Kobo Reader hardware does not use ePub as its native format. eBooks are placed in an SQLite database. There is nothing wrong with this. People can always explicitly download the ePub file from the Kobo/Borders site at any time for no extra charge.

However, this arrangement would quickly create a support nightmare for Borders.

The Kobo/Borders Desktop software uses the same SQLite arrangement as the Kobo Reader hardware. Borders would have to explicitly tell people — no doubt via many, many toll-free support calls — that they’d have to go through an extra step to buy an eBook for their Sony Reader.

So, they’ve dumped the Sony Reader and are now going all-in with Kobo — of which they own 20%.

What Borders needs to do now is dump the Aluratek Libre. And I think that move is next. Just look at the new set of posters that Borders has placed in its window. It tells the tale!

END_OF_DOCUMENT_TOKEN_TO_BE_REPLACED 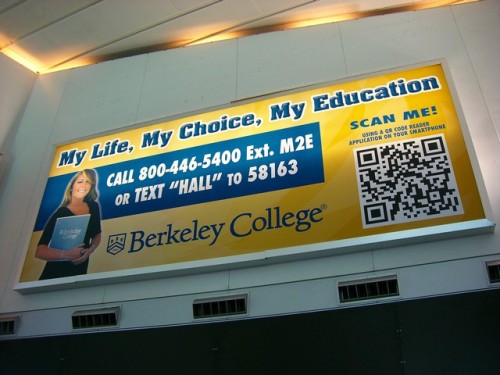 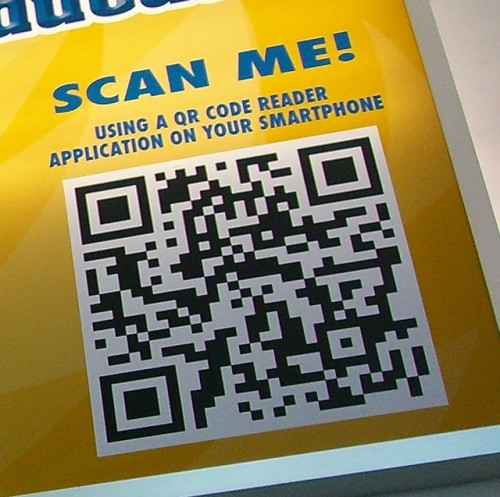 Bus shelter, Lower East Side area (I’ve had to redact most of the first photo due to reflection — of me): 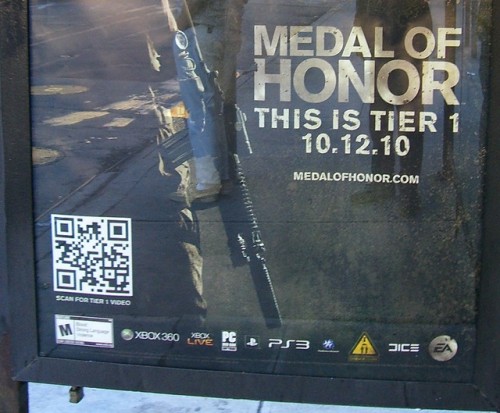 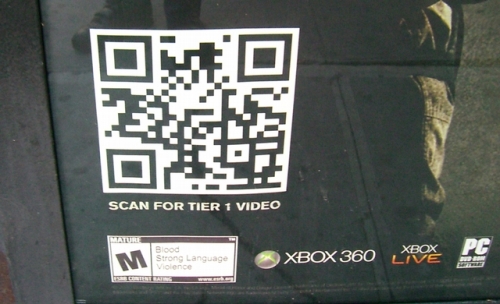 This is why I’ve said all eBook devices should also contain a camera. Imagine seeing an ad for an eBook this way. Point the camera, scan, get a free sample immediately, wirelessly! Why should anyone have to laboriously type in a book’s title or the name of the writer? Remove that point of friction!

Springbox – What Everyone Should Know About QR Codes
Video: Contrasting eBook Device Visions

I’ve stated how much I hate going to into cellphone stores — and I mean branded ones, not the neighborhood bodega-like places that sell everything. The stores are dark, uninviting, and the entire atmosphere seems to be designed to prevent trying out the merchandise.

Well, T-Mobile must have been listening to someone because this is how one of its lower Manhattan stores looks now: 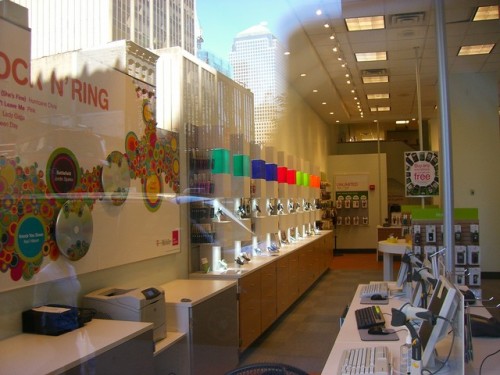 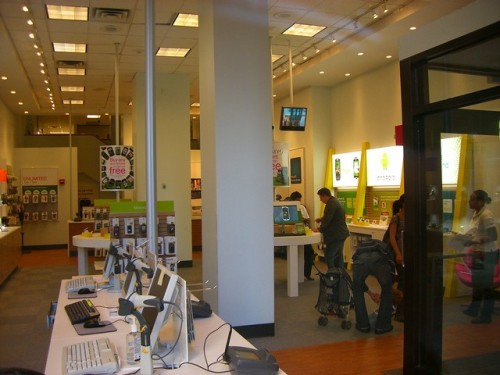 What a transformation! It’s all bright, with big areas of floor space and the phones are set up to invite fondling. For all that, I still didn’t go inside. They don’t have anything that I want to play with right now.

Filed under Apple: The Company, Marketing, Other Hardware