In Search Of … Rubicon Maps

I went through my screensnaps and found some images.

END_OF_DOCUMENT_TOKEN_TO_BE_REPLACED

Eh, deride and dismiss me as a Moonie. eBooks will inherit the earth no matter what you think.

Here comes the awful truth: I miss my cherished books about as much as I miss the warped Beatles LPs I left in my mother’s basement.

The smugness of The Wad out there is actually bitterly amusing to me.

Ask someone whose home has been destroyed by fire, flood, hurricane, or twister if they managed their life afterwards without traumatic pangs over losing their paper books.

Some of you are in for a shock down the road. You will lose your job, come to the point of losing your apartment, put your stuff in storage, wind up not having the money to pay for that storage, and you will lose everything. This has been the reality for millions of Americans.

So you better break that stupid attachment you have to artifacts.

Because it’s going to broken for you anyway. 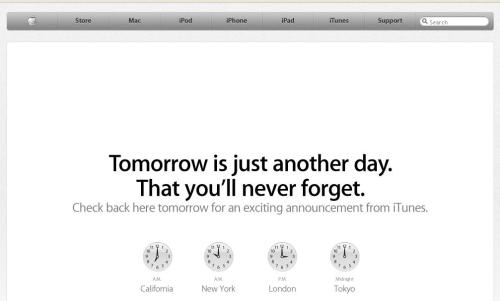 END_OF_DOCUMENT_TOKEN_TO_BE_REPLACED

You Have Been Warned, Facebookies

And if you are a company that tweets a link that goes to a goddammed Facebook page: Ur Doin’ It Wrong.

Every Writer Needs An Accountant

Is your Blog or Website a Business or a Hobby?

Consider an accountant to be the copyeditor/proofreader of your financial creations and you’ll understand why it’s necessary to have one!

As more writers abandon — or are abandoned by — traditional print publishing and strike out on their own, they’ll need to understand the tax implications of that.

Writers who have never been through the traditional publishing framework and have gone directly to setting up websites to push their eBooks must especially understand what’s involved.

And hey, writers, as you feel yourself being suffocated by the many rules, regulations, and Gotchas! you will encounter, consider this: Agitate to change it!

Give Me Liberty Or Give Me Death

Give me Liberty, or give me Death!

Is life so dear, or peace so sweet, as to be purchased at the price of chains and slavery? Forbid it, Almighty God! I know not what course others may take; but as for me, give me liberty or give me death!

Every single one of you who consent to the violation of your innate human rights by the TSA have no business being in this country. You spit on those who died to make this country.

We are this nation. Not the TSA.

Consent of the governed

A 2010 Rasmussen poll found that 23% of Americans believe that the U.S. Government has the consent of the governed.

So what the hell are the 77% waiting for, an invite?

The Travel Nazis Known As TSA Can Go To Hell
A Reminder: Change Is Non-Linear
An Eternal Truth Now (Temporarily) Forgotten

The Travel Nazis Known As TSA Can Go To Hell

Michael J. Aguilar, chief of the TSA office in San Diego, called a news conference at the airport Monday afternoon to announce the probe. He said the investigation could lead to prosecution and civil penalties of up to $11,000.

TSA agents had told Tyner on Saturday that he could be fined up to $10,000.

“That’s the old fine,” Aguilar said. “It has been increased.”