All photos resampled down to VGA. Click any for bigger. 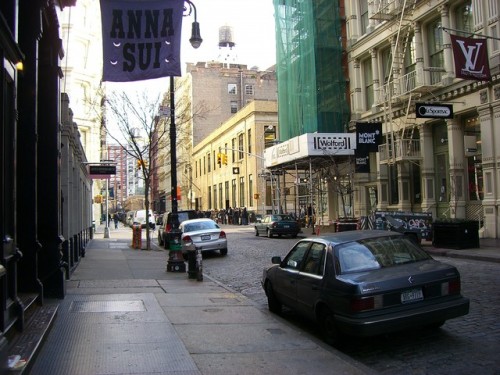 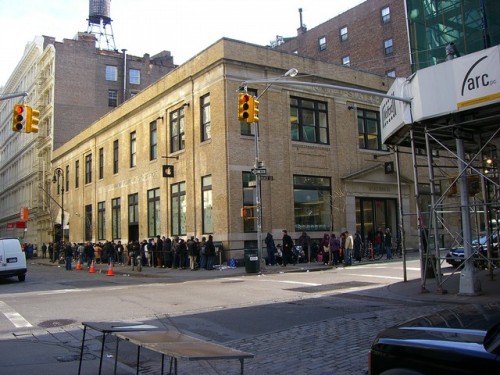 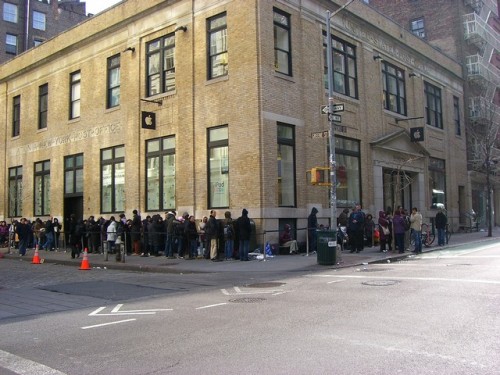 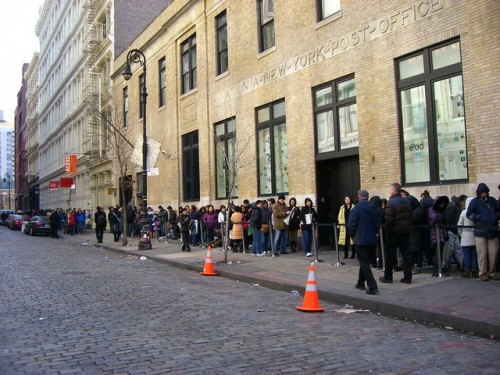 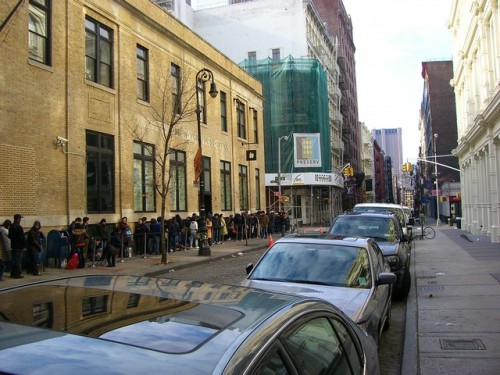 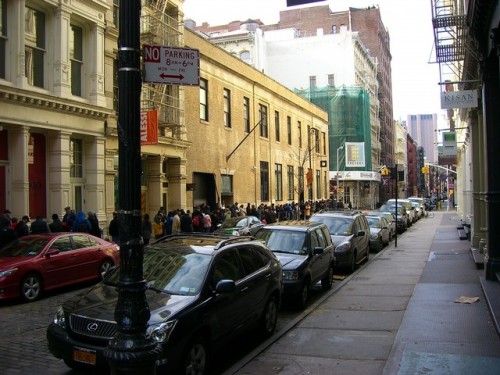 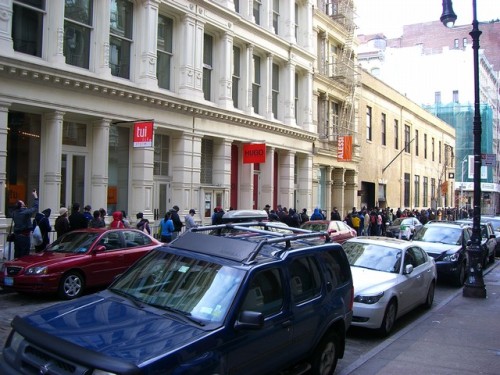 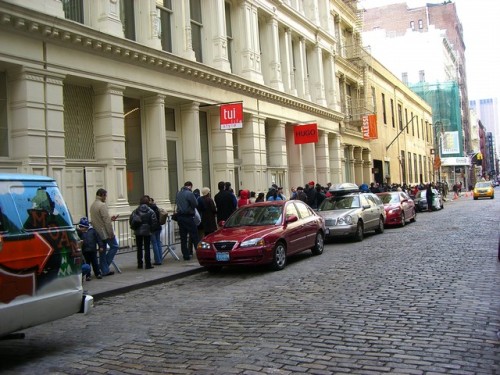 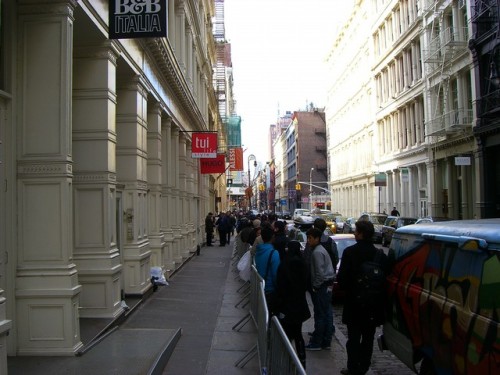 The line went 3/4ths up that loonnnnng block. There were at least 200 people. Bugger with standing on that.

As it turned out, I went to J&R to scope out some tech and as I was leaving, I saw a standee touting the iPad 2. I keep forgetting they sell Apple’s stuff. So I went upstairs to see.

Since it was minutes after opening time and I was the only prospect there, I did a nano-nano fondle. iBooks wasn’t installed and I wasn’t going to get on the Net while being watched by hungry salespeople.

1) It’s shockingly thin
2) You could probably behead someone with it
3) The edges felt sharp to me
4) The camera on the back is absolute shit, a disgrace, and Apple should be ashamed foisting that on people

Apple’s fetish with thinness is crippling their ability to put a decent camera in the iPad. It has the same crapcams as the iPod Touch. They should have never gone below the level of camera quality from the original iPhone. They should do whatever it takes to get a decent camera shrunk down to their thin fetish dimensions. Making people pay for crapcams is just inexcusable.