Three And A Half eBook Quickies

Unlike big publishers, which can be sclerotic, Ms. Raccah embraced digital technology early on. The first New York Times best-seller she published, “We Interrupt This Broadcast,” paired a book with recordings of 20th-century news broadcasts in 1998. She wanted to put the recordings on compact disc, but others urged her to use tapes, saying too few people had CD players in their cars. She went ahead with CDs, and the mixed-media combo has gone on to sell nearly 750,000 copies.

She published her first ebooks in 2000: “The Golden Rule of Schmoozing” and “How to Register Your Own Trademark.” Ebooks account for 35% of sales today, and 1,200 of Sourcebooks’ 2,000 titles are available electronically.

I will admit that I was initially resistant to reading digital books. I received a Kindle as a gift and let it sit on a shelf for awhile, taunting me. Then I decided to take it for a test drive and I was immediately hooked. The Kindle is comfortable to hold and makes it easy to turn pages. One of my favorite features is the ability to increase or decrease the font size. Forget your reading glasses? No problem! Crank up the font.

And as someone who once packed 12 books in a suitcase prior to a vacation, I love knowing that never again will I waste so much valuable packing space. My Kindle stores hundreds of books, and I can download new titles in just seconds. Because of its portability, I tote it with me all over the place and sneak in some reading time while in waiting rooms, in between meetings, or while my son watches cartoons.

That just scares me. But good luck. 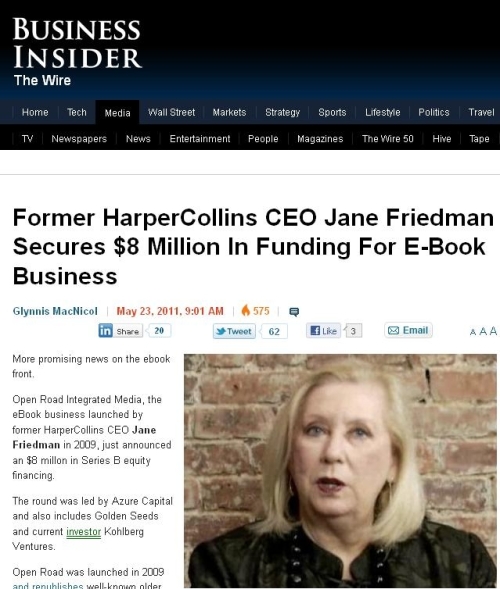 I thought that photo looked very familiar. So I went to my old blog, and guess what? 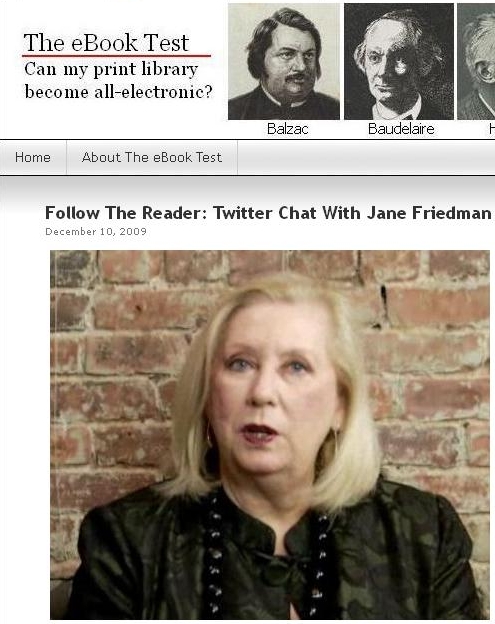 And yeah, they just copied and cropped mine (and seem to have played with the aspect ratio)..

If you check Google Image Search, you’ll see we’re the only two with that.

I thought that was freakin hilarious!

I don’t mind. This is the Internet. We all share.

And that’s a screensnap from a video Friedman was in. I still remember what a PITA it was to get. The video was a large MP4 file I could barely play and had to struggle just to get that snap.