This was the first movie of this weekend’s viewing.

I came to it with a great deal of trepidation and doubt.

I first saw it via over-the-air signal on a lo-res black and white TV in the mid-1970s. I probably saw it a second time the same way before 1980.

Then it disappeared. And TV changed.

All the movies that were worthwhile seem to be suppressed and replaced with amusement parks rides that have no meaning other than to evoke false excitement. They don’t say anything.

But would that message hold up after decades of time?

The answer is, dear god, Yes!

The look on his face says it all.

Freddie K: “Do you know what that tune is, Uncle Julie? It’s a nostalgic breaking of wind after a dinner of sentimentality.” 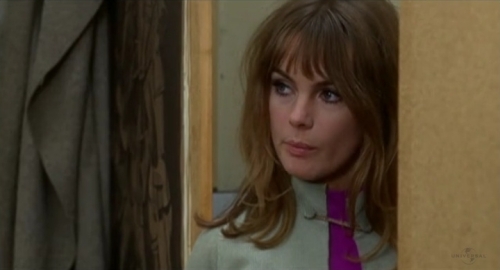 If director Watkins didn’t do improv while filming, he was masterful at mimicking improv. There is just some stunning work here. 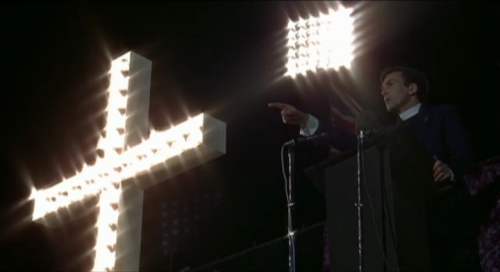 This is a script that envisioned everything that came to pass for the next forty years! 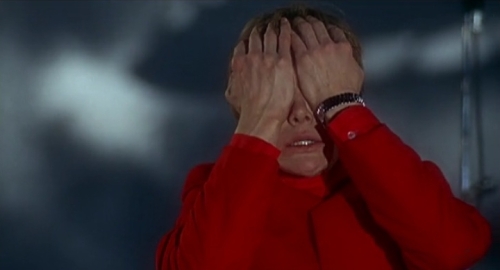 The vulnerability expressed by Paul Jones still has a rawness that comes across decades later. Fuck your emo.

An ending as devastating today as it was then. 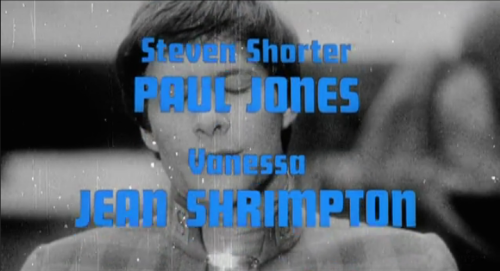 At one time, I owned the soundtrack album. 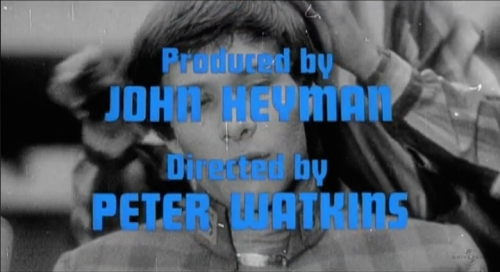 Director Peter Watkins has a page where he discusses the making of and reaction to Privilege. But don’t read it until after you’ve seen the movie. It’s on Hulu right now.

And, thank god, it’s finally been released on DVD, but seems to be in very short supply [Amazon, Borders].