TV: Fans Rally To Save Endgame

A sticky post for this weekend. Sticky extended to Monday, which is the day the final Endgame episode will air. Sign the petition!

I think I’ve actually seen up to episode six, but I haven’t posted. Sometimes I don’t feel the need to do every episode of a series.

Now comes word that the executioner’s hood has been put over the series and it’s being killed.

Fans are rallying to try to save it at the Save Endgame Page.

There’s a petition link there too. It’s gotten over 2,300 signatures. Go add to it.

With the eInk refresh, this is real trippy.

The video from the XDA Developers forum:

END_OF_DOCUMENT_TOKEN_TO_BE_REPLACED

I’ve taken a bunch of screensnaps via vlc of the first video of a rooted Nook Touch running the Kindle for Android app.

Here is the code used to make that happen, indicating it’s not yet for us mere mortals: 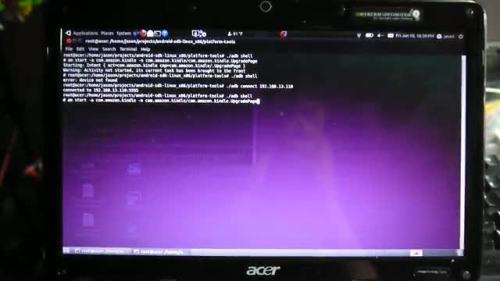 END_OF_DOCUMENT_TOKEN_TO_BE_REPLACED

Just look at this baby:

For those of us who hate the button-laden current Kindle, that is The Dream!

But wait! Is it really a nightmare?

Look at the video after the break!