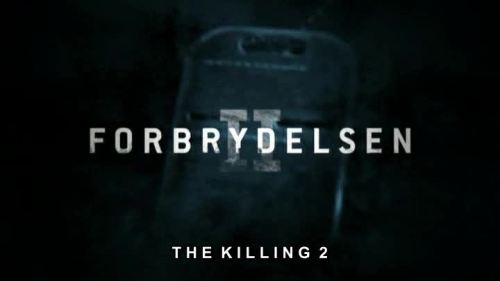 Aside from the Sarah Lund character and her boss, this isn’t The Killing.

The original Forbrydelsen had a point: To show what goes into a police investigation and the ripple effects the murder of one person has on her family and everyone else.

In the original series, we had an emotional hook: The devastation of the family.

Here, there is no such hook and the series suffers for it.

The first five of this ten-episode series will make your will to live slowly drain away. Watching them will feel like outright punishment.

Sarah Lund is a cardboard character who is rarely shown outside of her job. We were involved with her in the original series because she had all sorts of pressures: It was her last day on the job, she was planning to move to Sweden, she had just stopped smoking, she had conflicts with her successor. All of those things gave her character depth. There’s just no depth here for her in the first five episodes. The little family that’s shown is thrown in like a careless afterthought and wouldn’t have been missed if never written in.

In this series, she’s still employed by the police, but out in the sticks. 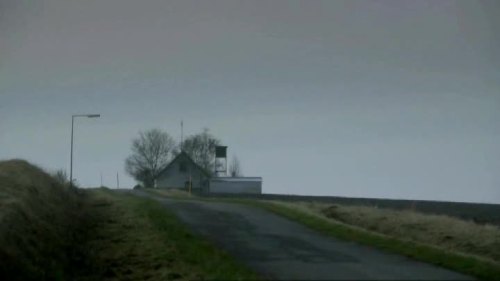 Brix, the bastard cop bureaucrat from the first series, is now in charge of the police and asks her assistance in a murder investigation. Why she’s called in doesn’t seem to really matter. That’s never developed at all. It has the shallowness of the 1960s Batman TV series, with Gordon summoning the Caped Crusader. This is just bad, bad writing. There’s a hint of the life she’s been leading, but that’s done like a cheap throwaway too. Had they been serious, she wouldn’t have been summoned until the end of that first episode. It wouldn’t have made any difference other than to give the story and her character some damned depth.

Even after she’s called in and has started on the job, she’s given shit by Brix: 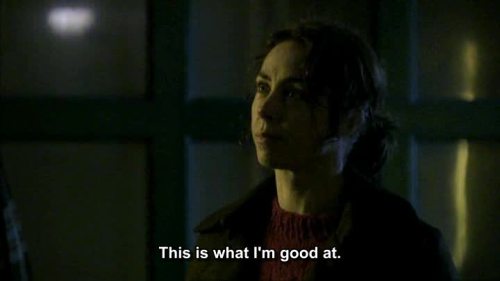 That’s as much depth as Sarah Lund gets in the first five episodes. And you feel for her, because you know she got a raw deal in the first series.

But they have Forbrydelsen down to a tired formula now: Somehow the murder is linked to the politics of Denmark. Last time it was for the Mayor of Copenhagen. This time it reaches to the very top of the national government.

The first five episodes go overboard in the political machinations with hints that are just too easy to pick up and also slavishly imitate plot points from the first series.

And we really don’t give a damn about any of the victims. The ripples they cause to family and friends are never shown. They’re just there to move the conspiratorial story along. All the emotional connections we had in the first series are gone here.

It isn’t until the sixth episode that the series starts to move. A red herring is summarily — and really summarily — dropped, as if it never happened, and things get going.

Sarah Lund finally becomes what she is: An animal who will stop at nothing to get the damn case solved. 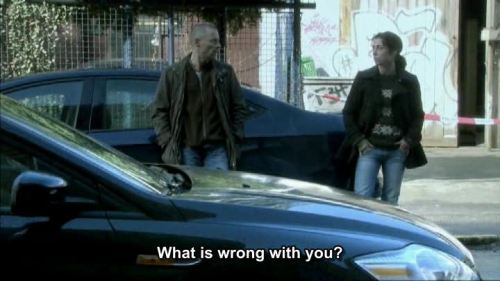 She disobeys orders, she ignores conversations from her partner, she goes places without prior authorization or notifying anyone. She even berates another police officer:

When people get killed, it means something. What is wrong with you? … Do you have the uniform on for decoration?

And we love her for it.

But no one else does. She gets hung out to dry too many times:

And by the end of the series, she realizes she’s the only one who takes the job seriously and that she will always walk alone:

So, slog through the first half of the series so the excellent second half at least makes some sense. But don’t expect it to make absolute sense if you watch this via DVD. The subtitling is terrible! 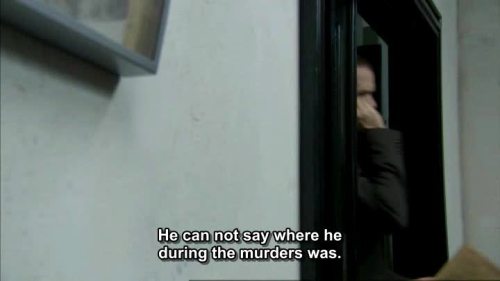 It’s not just fractured English and misspelled words. There are entire sentences of dialogue that never get translated or wind up as just a few words that make no damn sense!

The BBC is due to air this series in the Fall. I hope they will be doing their own subtitles. Otherwise they will be facing a mob with pitchforks after every broadcast due to the “official” subtitles.

One other disappointment: The score has not changed at all. It’s used as canned music. Which leads to it being stripped over a scene or two where the beat is just inappropriate to what’s going on. I know there’s a Forbrydelsen 3 coming, so I hope they budget for a new Bak score this time.

The original Forbrydelsen just isn’t matched here. This is really The Sarah Lund Show — except she doesn’t really show up until the final half of it.