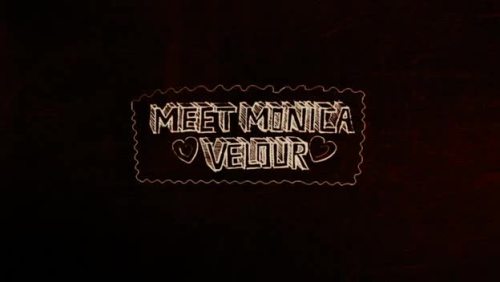 A nerdy kid, Tobe, is her biggest fan. He has almost all her tapes and knows just about everything about her — this despite never having been out on a date in his life!

Graduation Day, he’s given the family hot dog truck as his present by his father, played by Brian Dennehy.

He immediately decides to sell it, but the only person interested lives in the next state, and he’s not really interested in making the trip. 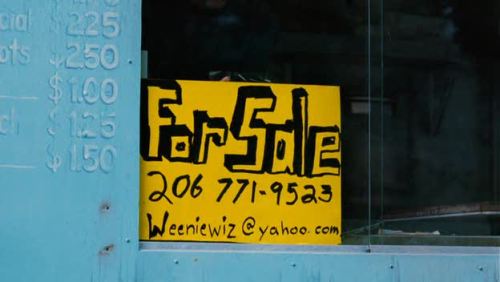 A bad turn of events, however, causes him to learn that Monica will be performing live at a strip club in that other state.

So of course he’s off to make that damn trip! 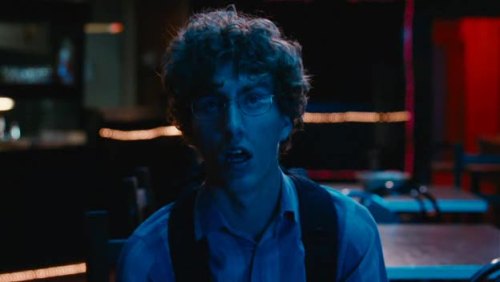 … but winds up in a fight, defending her honor …

She winds up taking him to her place that night because an ambulance has arrived to treat him and that’s the only way for her to get home!

Cattrall is wonderful in this. She’s not afraid of looking like someone who’s been used up by life, no longer looking glamorous. 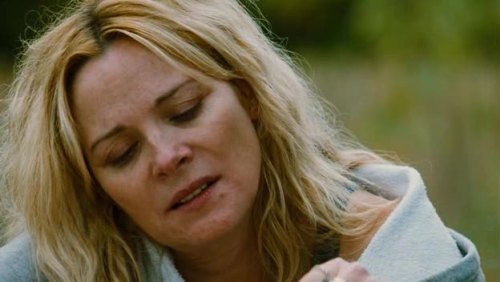 I’m not going to spoil much, but there’s just some great stuff I must share. After Monica applies for a regular job and is rejected:

She says I don’t have the proper image, she says. She says, this is a class establishment. … I got class coming out of my friggin ass. I swear to God, you screw a few hundred guys and the whole world turns against you.

I laughed out loud again just pasting that in! 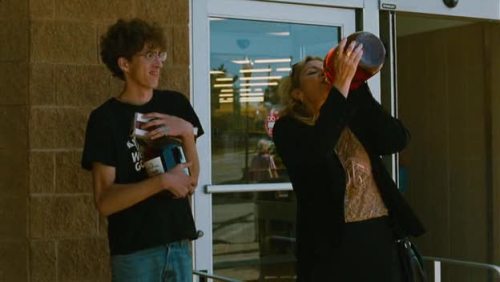 There’s a scene right out of Ed Wood in this: 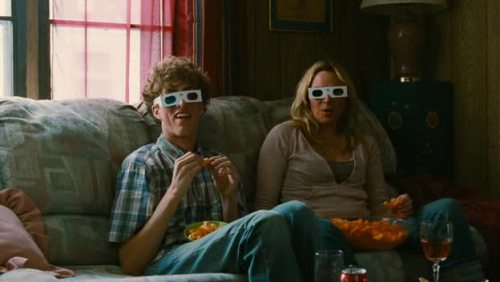 Which also has a hilarious end.

It’s just life, you know? You get sucked into things and time goes by and you wonder who’s that looking at you in the mirror. 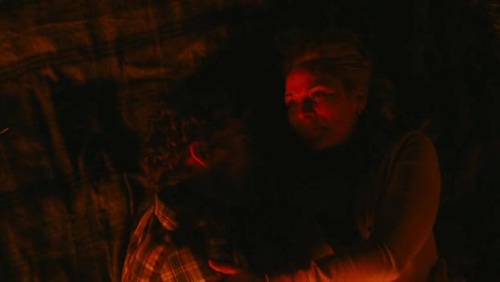 You a virgin? That’s cute. It’s old-timey, like a kid still wanting to be President.

And before you get to thinking this is The Summer of ’42, no: 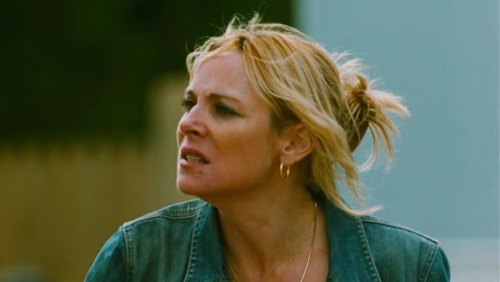 And the reality is, is that me — and every other woman in the world — we have minds of our own. So, unless you want to buy some Arab slave girl or a thing you blow up with a bicycle pump, you better learn to fuckin’ deal with it.

I really loved this movie. It’s about people. And nothing about it is artificial.

I’m shocked to learn at IMDB that it cost five million to make and returned not even marketing costs. That’s a tragedy. We need more films that are about people, without explosions and car chases and bloodletting.

I think most people reading this can relate to being a fan and wanting to meet the people whose work they love. This is really that kind of movie. And Dustin Ingram is the proxy for all of us male nerds.

Make an effort to see this one.

Well done to all involved.