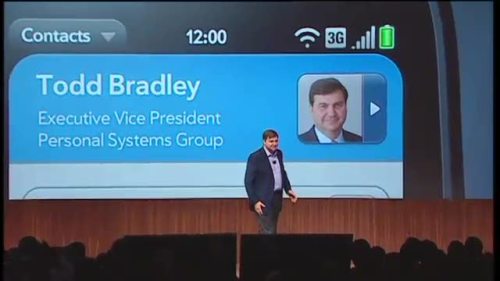 What kind of a man are you?

I know it was HP’s Humphries who made the statement that the company intended to “double down” on webOS, but let’s all be frank here:

Don’t deny any of this. I didn’t fall off that damned turnip truck, OK?

Now that Apotheker has returned to form, woken up from this dream of HP-as-Apple you created for him, do you intend to spend the rest of your life as a whipped dog?

Do you really like the idea of being on your deathbed, wondering, “Damn, if only that bastard Leo had let us go on for a little while longer…”?

Frankly, I don’t believe this new spin that webOS was run on an iPad and was twice as fast as the TouchPad. Did you see it? Did the engineers show it to you? Is it true?

If it’s true, then how can you sit still and let all of that get flushed down the toilet by some madman who wants to go up against Larry Ellison?

Am I beginning to get under your skin yet?

OK, let me show you exactly how gutless, spineless, and whipped you are.

I started my work history in the late 1970s. This was just before Reagan came into office, when the nation was still paralyzed by Jimmy Carter and the finance markets were still all-pinstriped and the word “entrepreneur” was something weird French people said.

Back then, there was another guy who was near the top of a large national corporation who got stabbed in the back just as you have.

His name was Lyman Hamilton. He worked under the infamous Harold Geneen at I.T.T.. For his loyal service, he got the boot because he was seen as a pretender to the throne.

Does any of this scenario sound at all familiar to you yet, Todd?

Now what did Lyman Hamilton do? Slink away and send out resumes?

What he did next made the front page of The New York Times back then!

He went around the country — if not the world — trying to raise a billion dollars to buy up a company, City Investing Company. Which he then intended to break up and sell each piece of, with a total value of all the separate pieces that would exceed the billion raised. (No, don’t take my word for this; click this link for a start and do some other research; hell, give the man himself a call!)

He was ahead of his time. What he tried to do became widespread a few years later, after Reagan came into office: leveraged buyouts and corporate breakups. Does the name Carl Icahn ring a bell at all?

HP already wants to divest what you’re running — the Personal Systems Group — so that part of the equation is already in place.

Why don’t you start creating the leveraged buyout part?

If you believe in webOS, if you know for a fact that it has a future, get the hell out there and start finding people who can be convinced of it too and put up money to do it.

Did you see what happened earlier this week? That ridiculous and discredited Fusion Garage managed to capture more attention than webOS did! And did they have the budget that HP wasted on those tasteless, tacky, stupid, and non-informative TV ads? Hell no.

This can be done.

Listen, you got up on that damn stage at the HP TouchPad introduction and reminded everyone that HP began in a garage.

If you also believe in the “It’s a marathon, not a sprint,” then get the hell on that Starting Line again. You can call Fusion Garage delusional, but hell, at least they took the shot.

You won’t wind up with the grand ambition you had under HP, but you also won’t have to answer to Leo, either.

This is where you have to either put up or shut up. 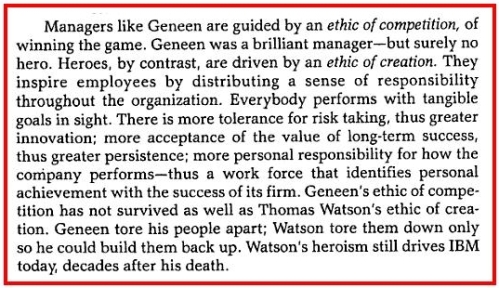 4 responses to “Memo To HP’s Todd Bradley: Man Up!”