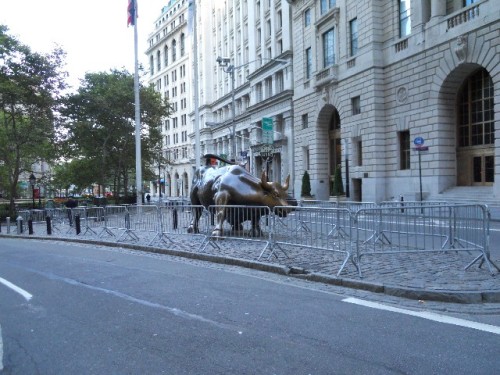 Baal is still being protected. A bunch of Chinese tourists — our future masters, thank you fellow American imbeciles and pigs — didn’t seem to mind that.

The entire stock exchange area has been cordoned off with general one-block buffer, which extends to several blocks when on Wall Street itself, going south. 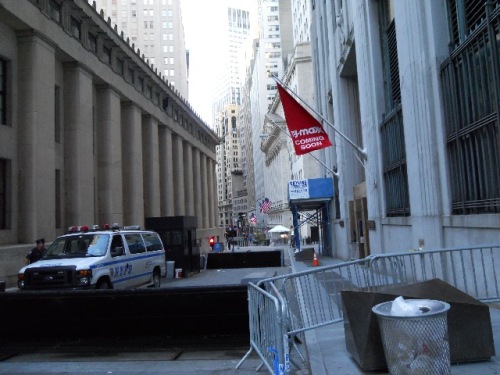 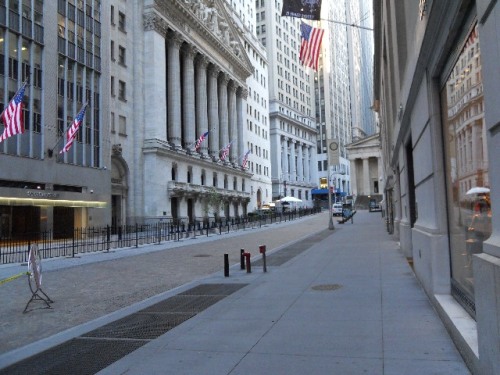 There’s no occupation, period. None.

Aside from the barricades put up by the police (barricades were usually installed by the protesters in French history; you’re doin’ it wrong, America!), was there any evidence of any protest at all?

Yes. In this little patch of concrete in front of what was the U.S. Custom House. 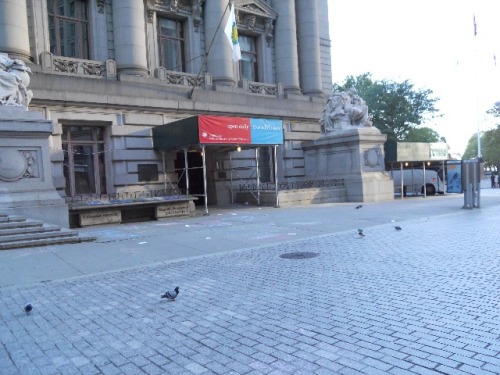 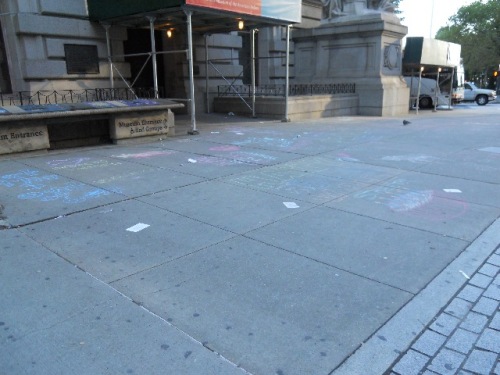 And what did they have to say for themselves? Let’s see: 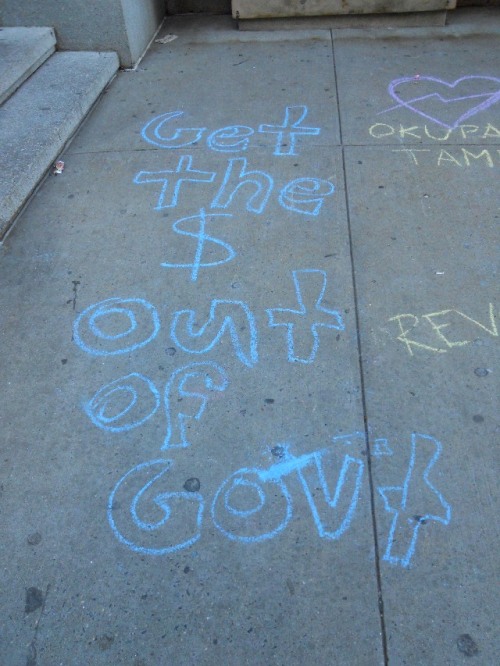 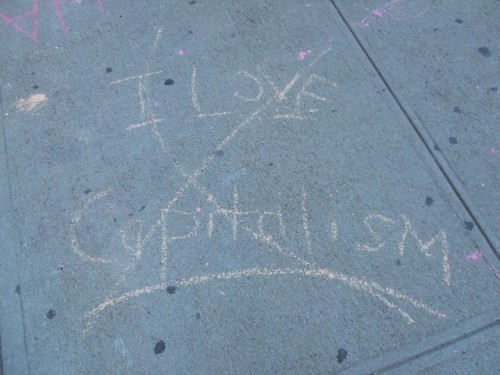 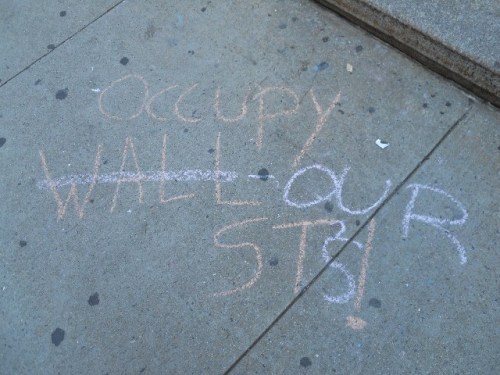 Someone on Twitter yesterday had the delusional audacity to hashtag this #AmericanAutumn, to grab onto the coattails of the real change that happened in the mid-east this year.

Those people did not scribble out their discontent in children’s chalk. They did it in their own blood.

What happened yesterday change anything?

Grow the fuck up.

That was no protest.

As far as I’m concerned, it should be called the “Wall Street Is Mean To Us So Let’s Go Pout At It Tourist Festival.”