Photos taken today, Saturday, October 1 2011 between 8-8:30AM. Resampled down to VGA, click any to enlarge.

I am sooooo glad Baal is fenced in … 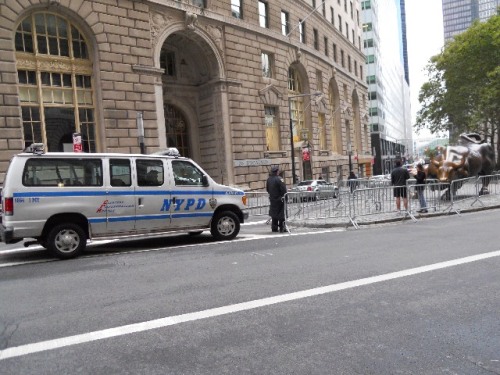 … I fear it might to go insane and start pepper-spraying innocent unarmed non-violent people!

It was miserable with rain last night. These two …

… apparently left the park for the sanctuary of a church doorway.

I can’t tell if it’s growing or if they just have much more stuff there now. 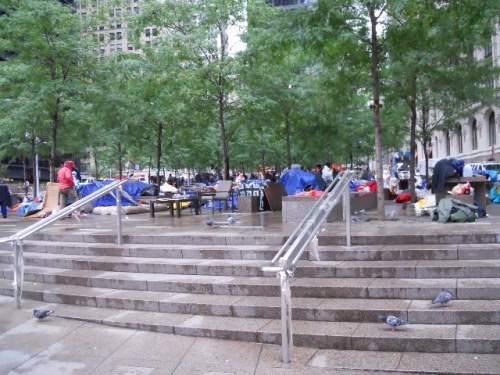 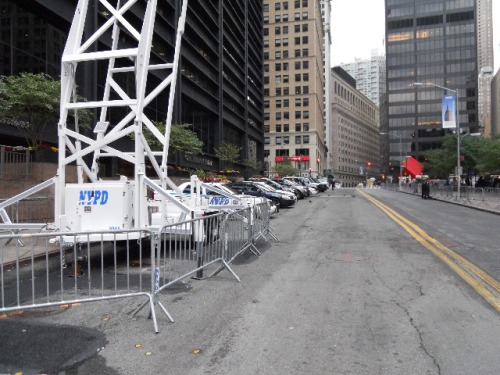 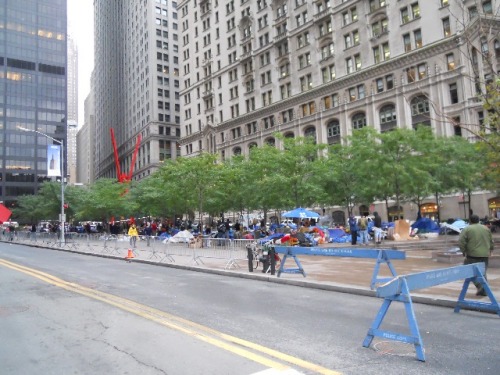 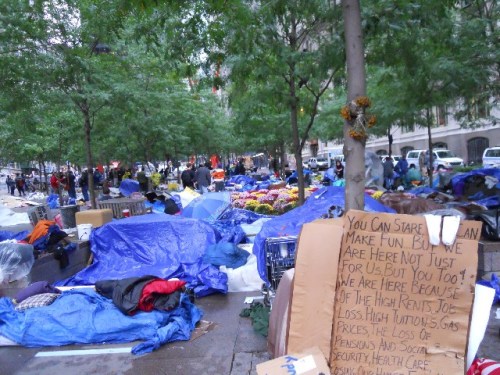 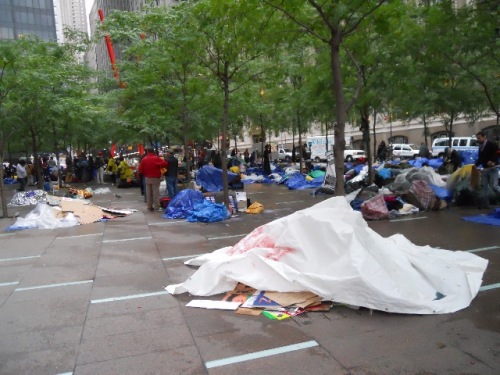 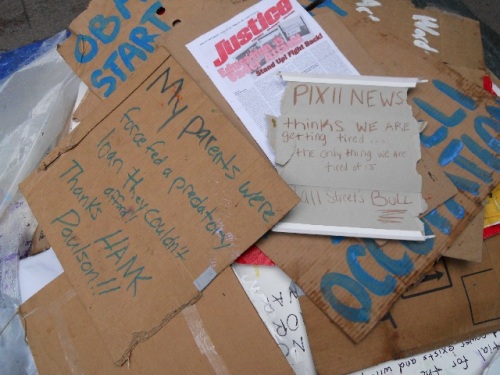 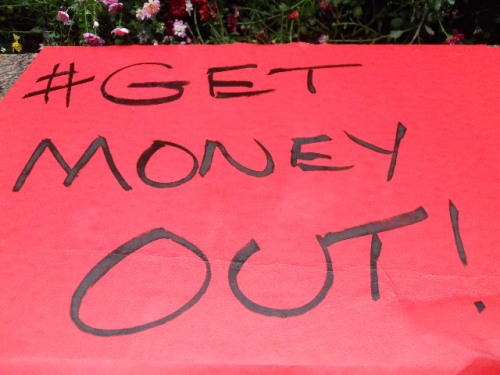 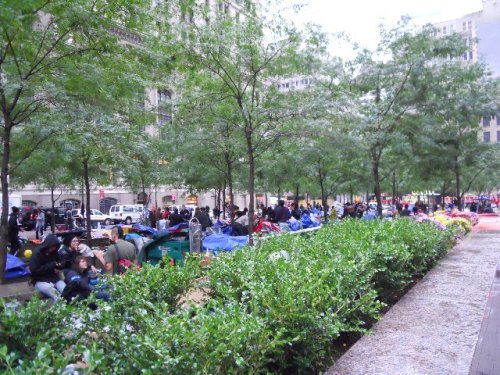 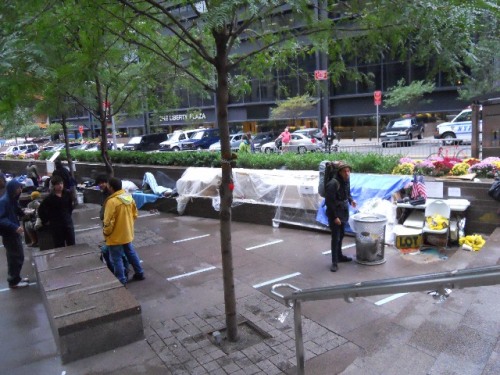 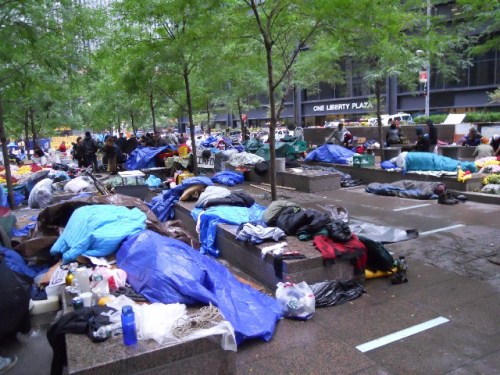 Chalked across the street: 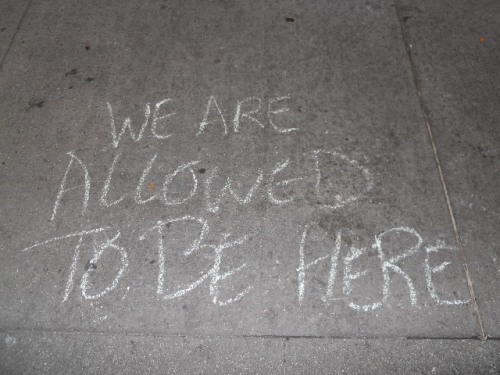 If you wonder why I don’t get closer in, it’s because I don’t want to snap faces by accident. If someone is displaying themselves, that’s one thing. But I don’t want to make someone a spectacle while they’re sleeping or otherwise milling around.

It’s obvious to me now that they’re being cut some slack. Did you notice the mattress above? Also, there were bikes locked to handrails. Locking bikes like that is prohibited.

If the winter this year is as bad as last, it will break this.

NYPD has standing orders to dragoon people sleeping outside into shelters when the temperature falls below freezing. This is not a new policy. It’s been around for years.

They can spout any bravado they want about staying the course, but I doubt they understand just how cold it can get — especially down there, with wind chills. Death by hypothermia or even suffocation from being under snow is possible. Also, cold tires people out faster. Shivering uses up more energy than sweating.

Once the park has been emptied on the first really cold night, NYPD will swoop in and fence it all off. Any pretext will do, such as “renovation” or “maintenance.”

When you start something, you better have a goal and an end in mind.

I don’t think they ever did.