There have been some new developments.

And there is a fork of it, that loads different apps during the process: [N2E][1.1] SalsichaNooter 0.4 18/11 – With Market, Gapps, Themed ADW, NookTouchTools

Before doing either of those, if you’ve already used the Nook Touch and have bookmarks and notes, scroll down in this thread for backup instructions: [NST]Manual Rooting + GApps!+ EXTRAS. The Nook Touch has to be set up for ADB transfer first.

And do this before really messing with anything: Backup/Restore N2E

This might turn into something down the road: Nook Touch kernel hacking

Some Nook Touch are experiencing touchscreen sensor failure: [Q] Nook touch screen not responding, with a link there to a long thread about it at the Barnes & Noble forums.

Best Launcher for Nook STR? — in this ongoing discussion, someone posted screensnaps of a theme he created for Go Launcher, as well as posting the theme for downloading: 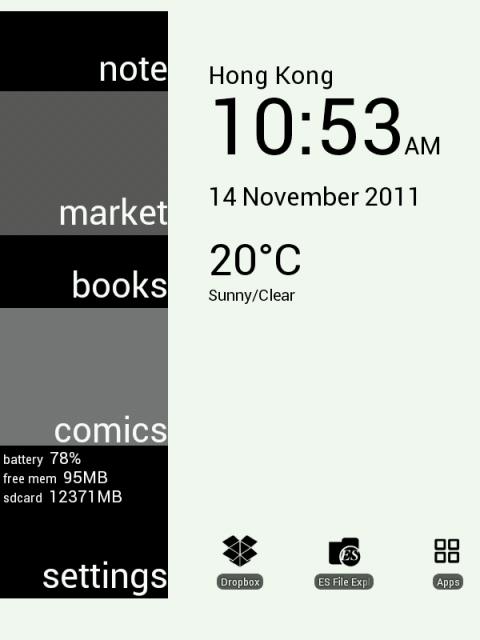 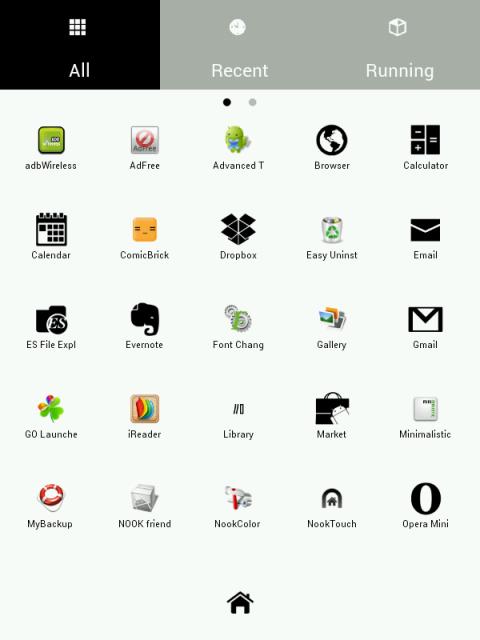 Here’s a new rooted Nook Touch video, and it’s notable for showing the eBay app running as well as a timer app:

This guy has a bunch of eInk devices — and two color tablets:

When I see a collection like that, I always wonder if any actual reading ever gets done.