All photos taken today, Thursday, November 24, 2011. Resized and resampled to VGA. Click any to enlarge.

Hidden gem of New York City that will again be popular once the new World Trade Center area is finished and access to it is easier. 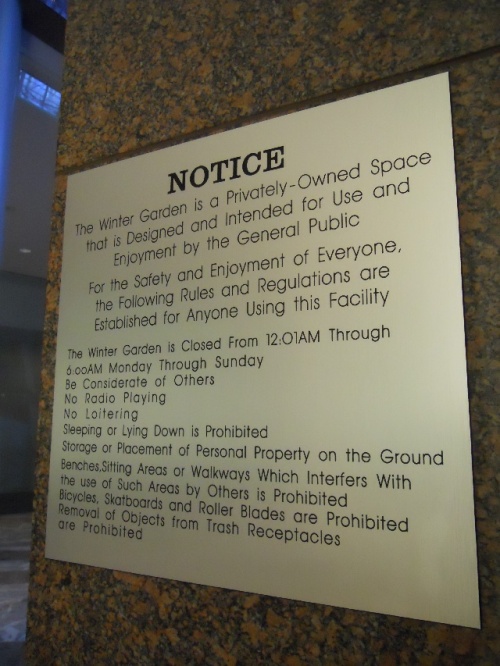 There used to be a small contingent of homeless people who gathered there daily and stayed all day during winter. I think they were encouraged to go elsewhere several years ago — or, things being as they are with people who have no home, they all died.

Not a cheery thought for Thanksgiving Day, but now you have something to be thankful for.

Yes, those are real palm trees. 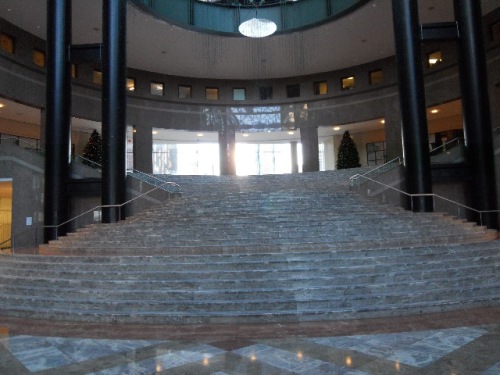 Brookfield floated the idea of demolishing the magnificent steps. The steps were there because when the original Twin Towers complex existed, there was a sky bridge that led to them. Now that passageway is gone and Brookfield is thinking of getting rid of them as being impractical. I think they should stay. 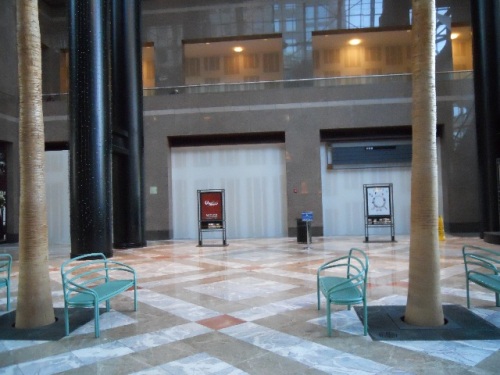 I was surprised to find the Godiva store gone and the passageway blocked off. It was there two months ago! 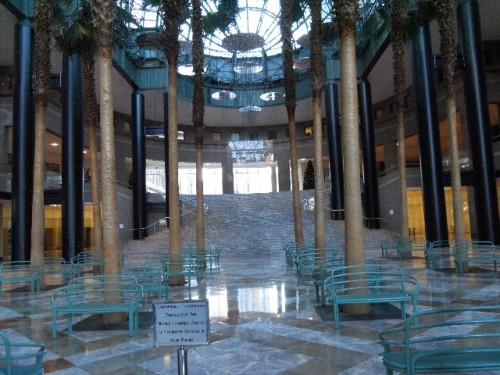 View towards the steps. The entire Winter Garden was wrecked when the Towers collapsed. Everything there has been rebuilt, including bringing in the imported marble that was originally used for everything. 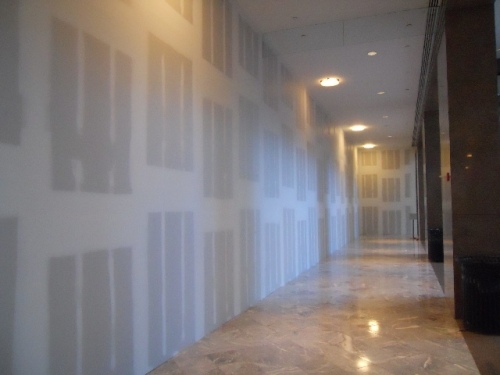 On the upper level I was shocked to find the stores gone and the restaurant too, all blocked off! 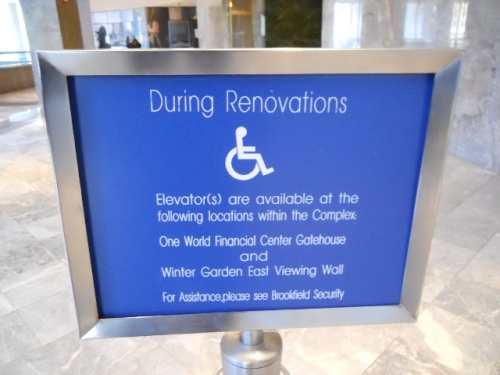 As it turns out, there’s some massive renovation going on — and it will take three years to complete! 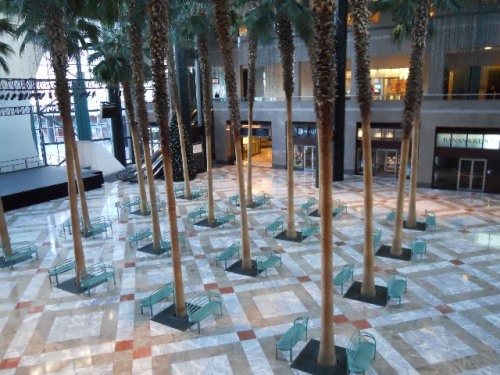 View from the second level. 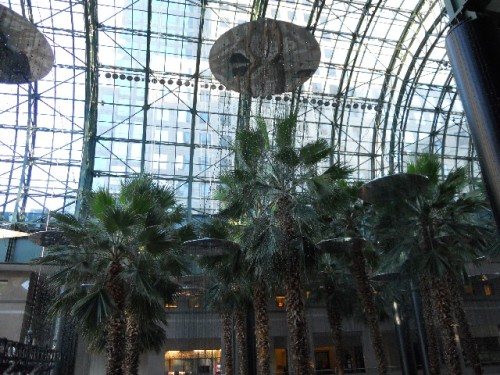 From time to time they erect and stage and hold a variety of events. Gospel choir competitions, silent movies with live music, recitals. I’ve seen a few of them. 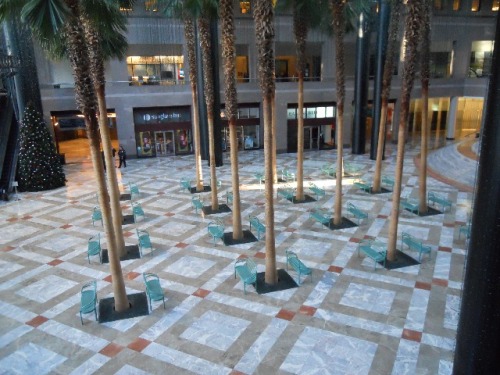 View towards the restaurant. One-percenter scam artist Jim Cramer once had a party there. Now the one-percent must eat somewhere else. Must be tough on the owners, though.

The girder work. Would you be surprised to learn there are leaks? There are! 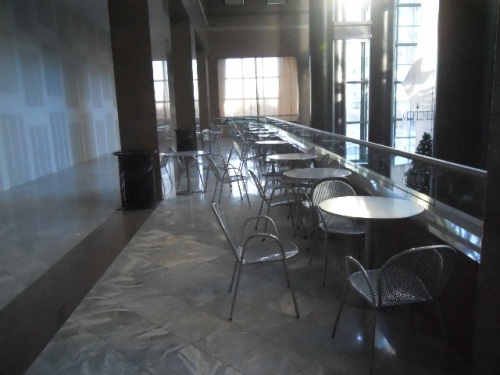 I spent many days in that place years ago in one of those chairs, working on things. 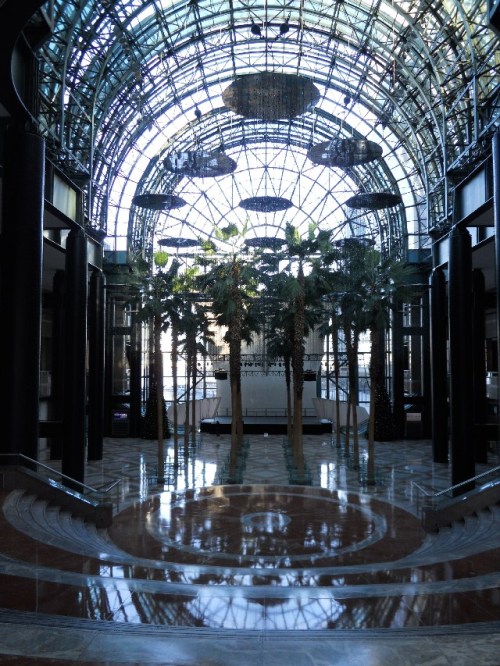 From the top of the steps looking towards the stage.

Brookfield posted new rules outside too. There was never a fear of people erecting tents or “gatherings” of people until Occupy Wall Street showed up.