Continuing with my series of posts covering Friday’s Fondle Tour, I get to the Nook Tablet:

What makes this a fondle and not a nano-fondle? I tried to get some real shit done — things I’d want the Nook Tablet to do if I were to buy it.

Did it succeed or fail?

As everyone else knows by now, the Nook Tablet is identical to the NookColor on the outside, but with a lighter fascia. Inside, among other things, it has a more powerful CPU. 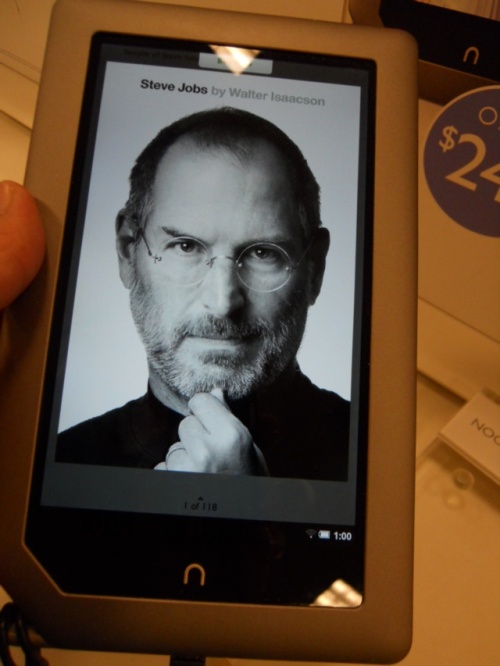 I looked at the Steve Jobs bio. That was an interesting experience.

And this is what I wanted to do on the Nook Touch: 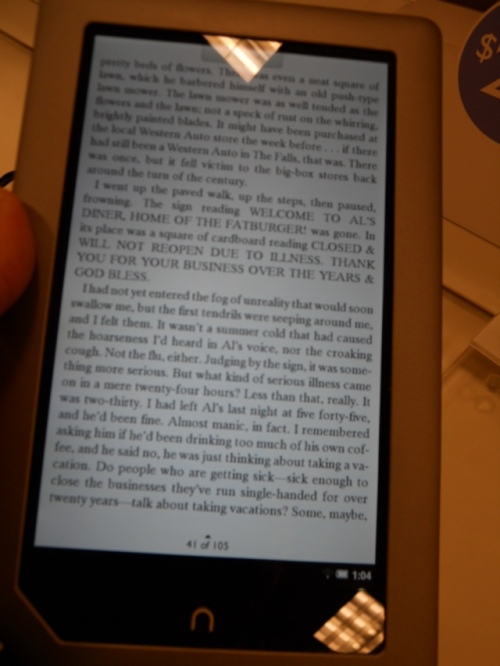 See a Sample from Stephen King’s 11/22/63 and check the formatting. Again, the Nook Touch offered only Read In Store, not Download Sample, and it didn’t work on the demo unit.

There was an issue of a Spider-Man comic on it:

Maybe younger eyes can read the text in the word balloons, but even the Nook Tablet’s Retina-like Display made it an uncomfortable experience for me. I had to zoom-in to read, which was very inconvenient. Len Edgerly intends to read all of Watchmen on his similarly-screen Kindle Fire. He has my sympathies. Clearly eComics must be designed for screens and dump their print heritage to adapt to the modern world. Even if that means just three panels per screen, still, the words must be larger and readable without zooming in.

The usual test of calling up this blog: 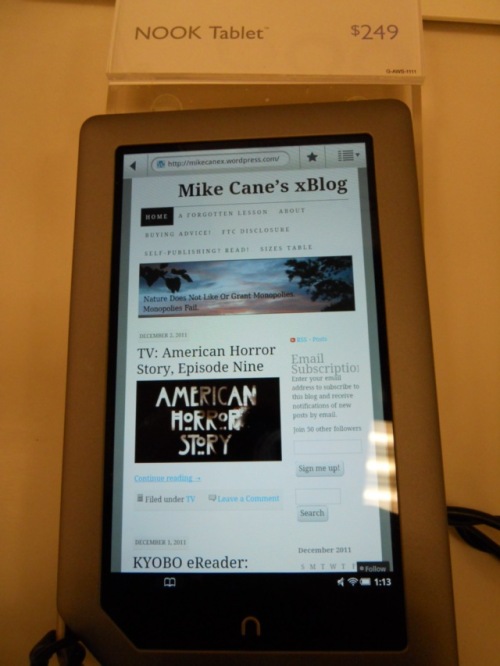 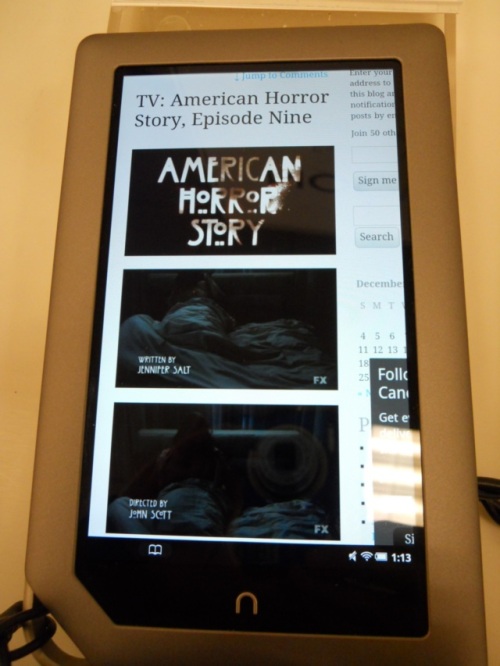 And now we get to the real shit.

I wanted to download a PDF of Success: A Novel from Google Books, the test PDF I use. But I was thwarted by Google. The edition I use has a blue cover. Mysteriously, that edition no longer has a PDF for it! As it turns out, there’s an edition with an orange cover that still has a PDF. But I didn’t find that out until later in the day on a different device in a different store. So, I was unable to do this test.

However, I was able to do another PDF torture test. This was issue six of Processed World from the Internet Archive.

These PDFs really torment a device because they are page scans using JPEG2000 graphics, a format even Google Books has stopped using.

See how it almost works. Those are thumbnail previews of each page of the PDF. Yet the larger screen is blank, not showing the corresponding PDF page! Wut?

Look at the thumbnail previews:

They seem to render just fine!

And I tried different pages: 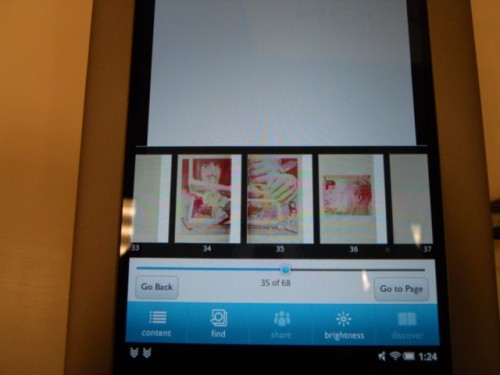 And here is Processed World in the list of downloaded files: 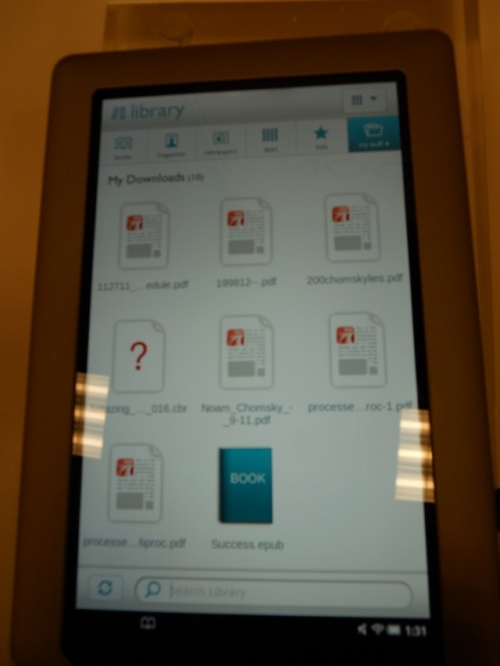 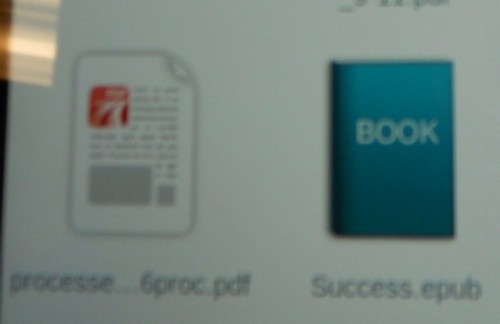 I don’t know what’s going on there, but the Nook Tablet fails as a device I could use. Maybe a third-party PDF program could display Processed World fine — but I don’t know if such a program is even available and in the Nook App Store or if I’d have to root the Nook Tablet to install it.

The Nook Tablet is fine for what it is, but it’s just not for me.

Previously in this fondle series:

One response to “Fondle: Nook Tablet”