All photos taken today Sunday, December 25, 2011, sometime between 3:40-4:20PM or thereabouts. Resampled and resized to VGA. Click any to enlarge. Photos are in the order they were taken.

This is about half the number of photos I actually took.

This was Liberty Plaza: 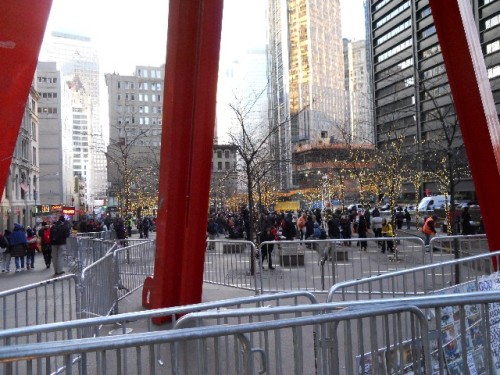 Occupy scheduled a 3PM potluck celebration. I think a little over one hundred Occupiers were there. There were half as many people just watching and taking photos! 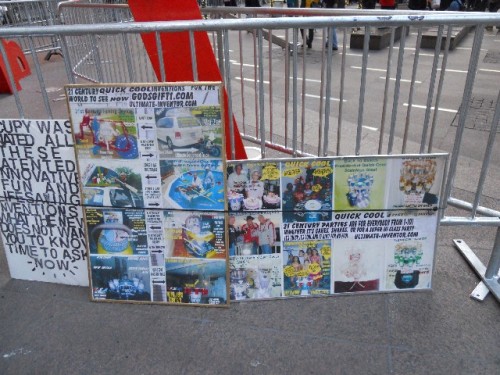 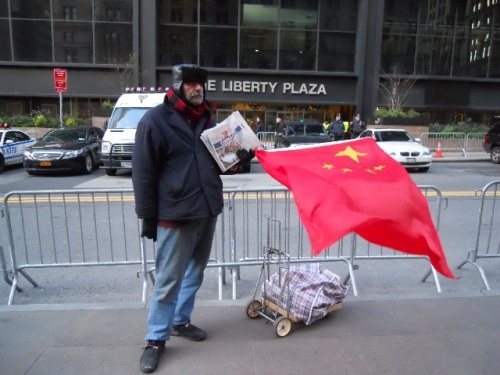 But food? Not so much: 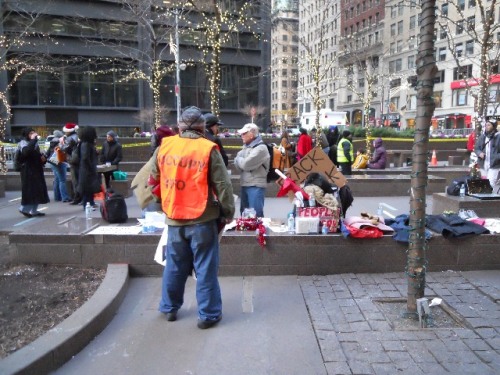 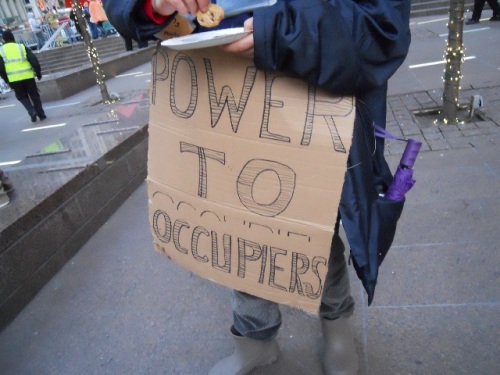 … was also there this morning. But my camera battery crapped out. 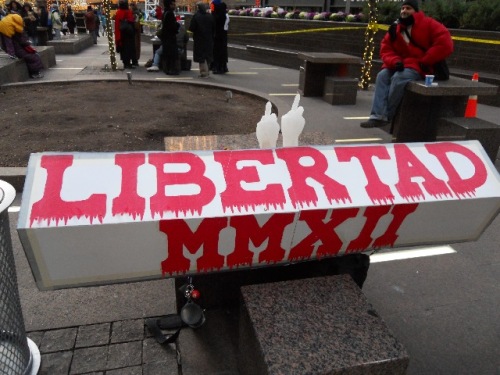 You are not imaging the shape of these candles … 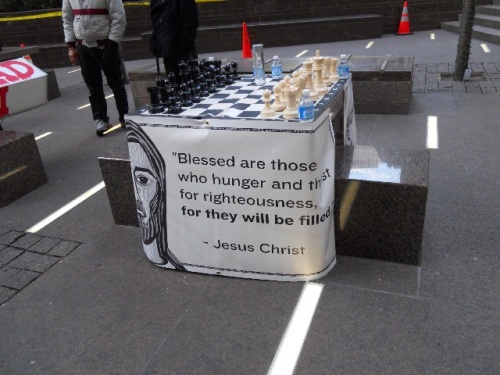 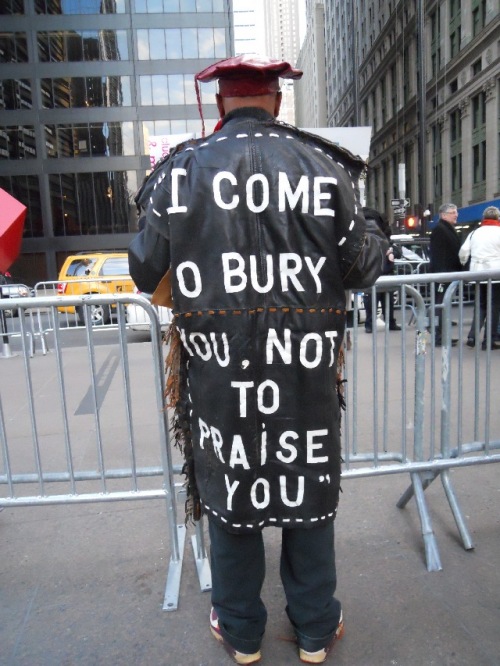 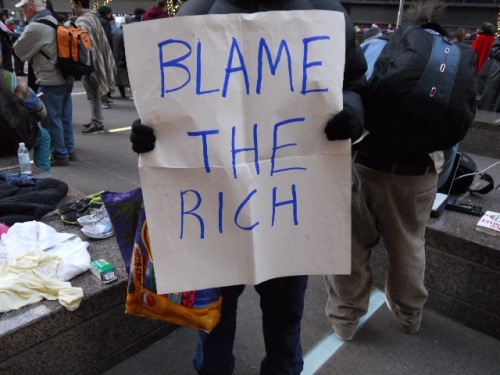 As you’ll see, several people have marked their clothing with Occupy: 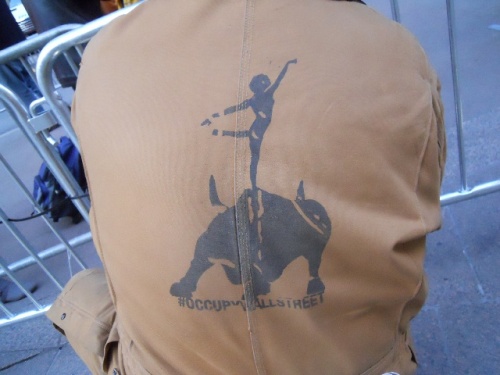 … that young woman with the memorable colored hair was also in Tim Pool’s livestream I saw during the attempted re-Occupation:

I think she’s been arrested at least once. 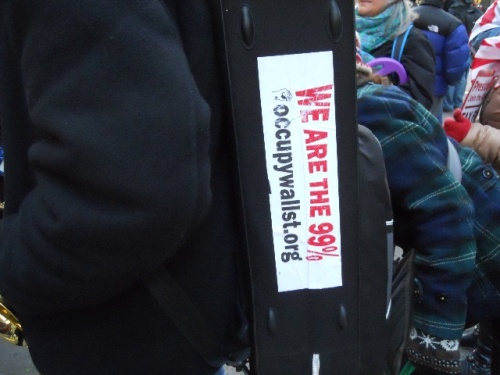 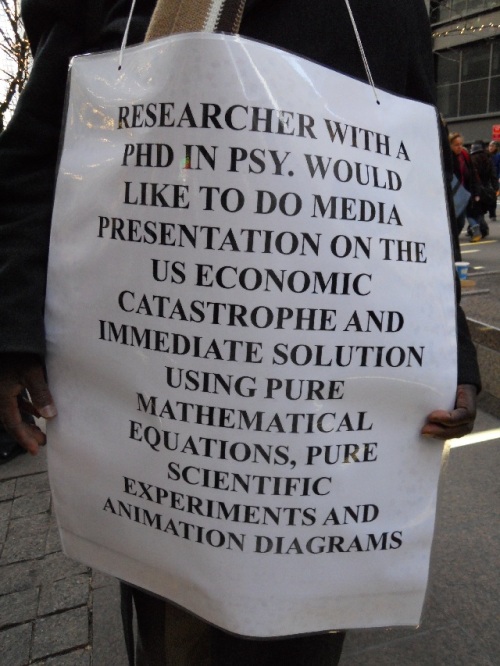 He was setting up a livestream of or maybe just recording … 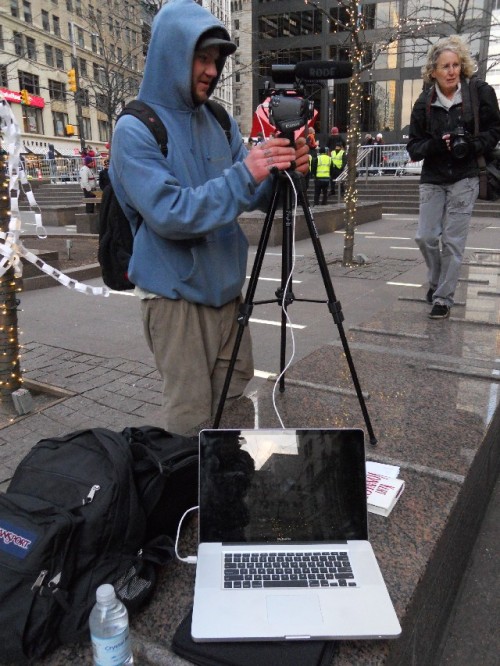 The guy in blue to the left was either recording or streaming from his cellphone: 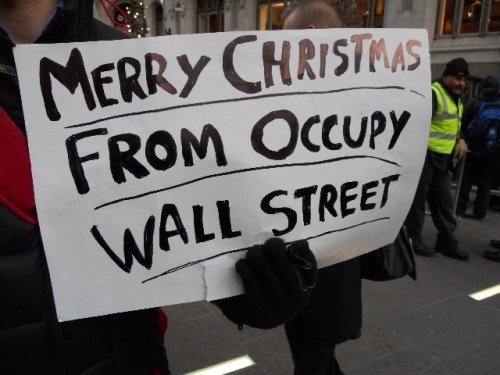 The blonde at right was streaming or recording on a white iPhone:

From the far end of Liberty Plaza, showing how much space was empty: 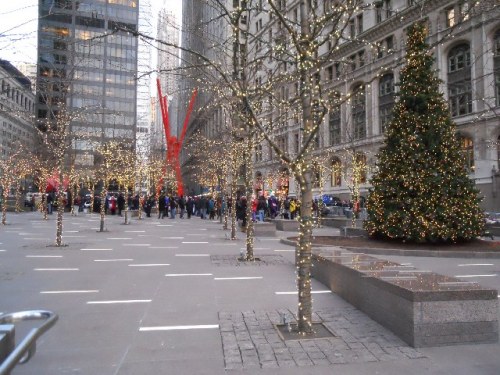 A service for the Eucharist was being organized: 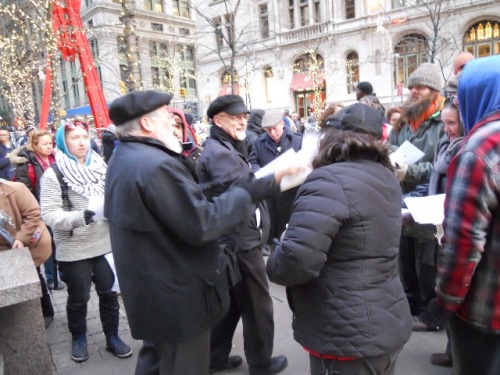 A surprisingly-small amount of food: 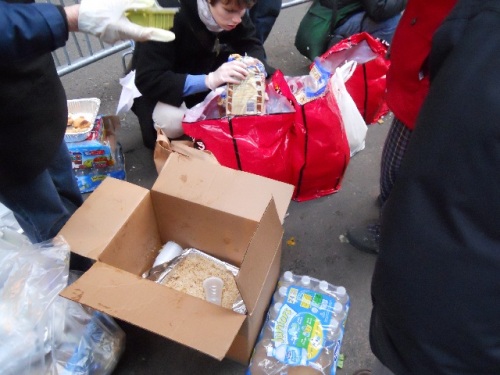 I think they said it was guacamole, salad, and wheat bread. Since they had so little, I didn’t try to freeload. I guess most people didn’t bring anything due to the Brookfield Yellow Vests.

And that was it. Even though I was there less than an hour, and it was daylight when I left, by the time the ferry arrived back it was dark outside. I hate Winter.

Previously in the Protest Category