In the movie Miracle on 34th Street, there is this classic scene of jurisprudence: 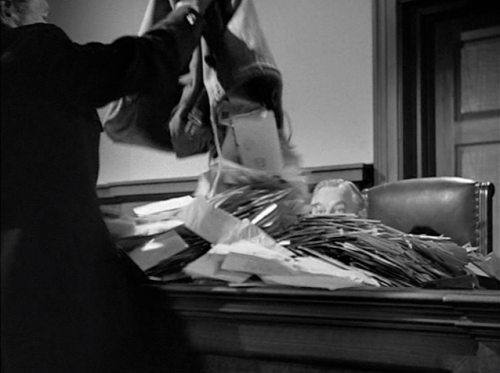 The Judge is buried under a mountain of proof declaring Defendant Kris Kringle is Santa Claus.

I bring up that image as a metaphor of the Federal lawsuit filed by Occupy Wall Street against a variety of State and private Defendants.

That is how our world has changed due to the Internet.

It is no longer possible for public acts by public — or private — officials to go unnoticed or unpublished.

END_OF_DOCUMENT_TOKEN_TO_BE_REPLACED

This Is What A Corporate Police State Looks Like

A “public”-private partnership to shred the First Amendment and to destroy the ability of the general population to be informed of this treasonous act. That is the sum and essence of it all.

I am up to page 56 of the 149-paged Federal lawsuit Occupy Wall Street has filed against the City of New York, certain employees, and certain private entities.

Up to this point, the facts are incontrovertible and if I was the Judge, I’d be finding for OWS.

I will continue to read to the end for my second post about this lawsuit.

But for all the criticisms I’ve had of that movement, I’ve been absolutely disgusted by the jack-booted thug tactics of the NYPD and the blatant rights-trampling by the government towards the dissent expressed by Occupy.

So I’m very, very, very happy to see this lawsuit come to pass!

This is from pastebin:

New York, NY. April 30, 2012. Lawyers on behalf of 5 elected officials and over half a dozen members of the press filed a major lawsuit today in federal court alleging the City of New York, the MTA, the New York Police Department, Brookfield Properties, JP Morgan Chase and others are in violation of numerous civil rights, including First Amendment rights to free speech and assembly. The suit seeks redress for police misconduct in arrests made during the “Occupy Wall Street” protests and asks that a federal independent monitor be appointed to oversee the NYPD in order to safeguard the public.

END_OF_DOCUMENT_TOKEN_TO_BE_REPLACED

Microsoft Reduces Nook To An App For $300M

Barnes & Noble Inc. and Microsoft Corp. say they are teaming up to create a new Barnes & Noble subsidiary that will house the digital and college businesses of the bookseller and include a Nook application for Windows 8.

That’s the key to the investment right there.

Barnes & Noble doesn’t realize it yet, but Microsoft just stole their college textbook business and wiped out the Nook tablets.

END_OF_DOCUMENT_TOKEN_TO_BE_REPLACED

I try not to approach Wall Street from the same direction every time, so I have some variety in my surroundings.

Today that route brought me this:

END_OF_DOCUMENT_TOKEN_TO_BE_REPLACED

Photos taken Friday, April 27, 2012. Resampled and resized to VGA, click any to enlarge.

What’s not fun on a Friday night?

END_OF_DOCUMENT_TOKEN_TO_BE_REPLACED

This Is Why Civilization Is Dying 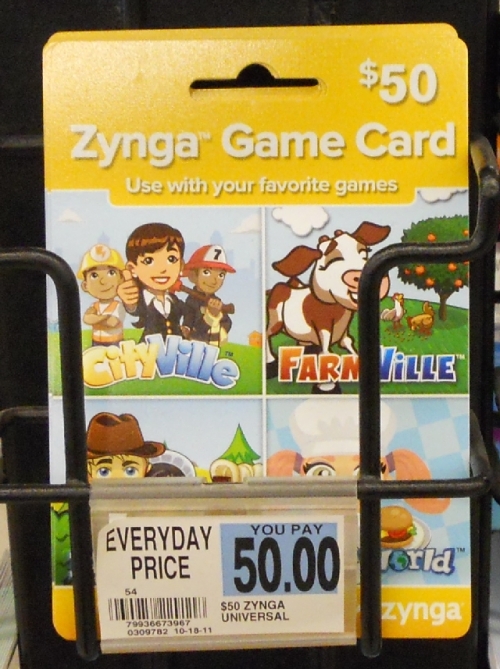 END_OF_DOCUMENT_TOKEN_TO_BE_REPLACED

I happened to be on the right ferry at the right time.

There it is! Right between the twin towers of the bridge! Can you see it?

END_OF_DOCUMENT_TOKEN_TO_BE_REPLACED

All photos taken today Tuesday, April 24, 2012. Resized and resampled to VGA, click any to enlarge.

I was in lower Manhattan today, so of course I made at least one pass to see what’s up. 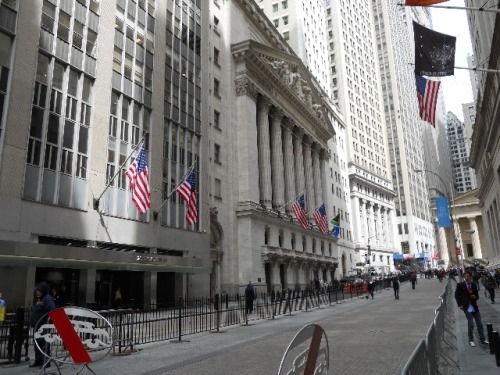 END_OF_DOCUMENT_TOKEN_TO_BE_REPLACED

A Tablet As A Camera? Hell Yeah!

I noticed this at the line to take photos of the Wall Street bull this afternoon: 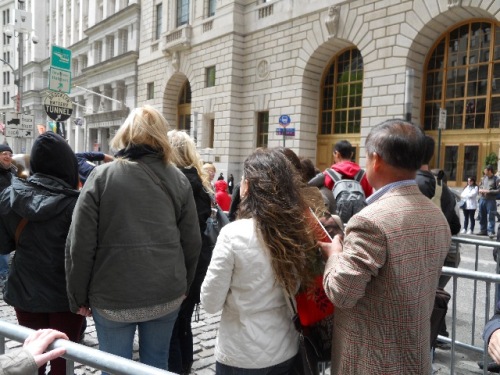