All photos taken today Sunday, April 15, 2012 at Slightly Later Than Yesterday O’Clock. Resampled and resized to VGA; click any to enlarge.

Baal the Bull is still being protected: 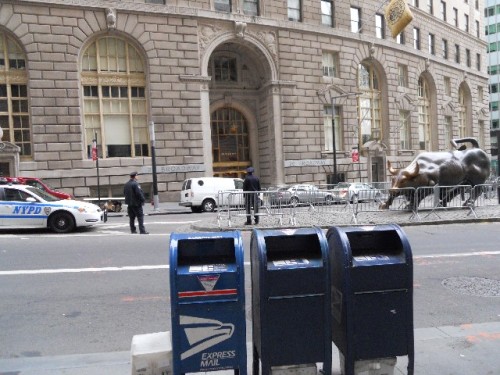 Meanwhile, over at Liberty Plaza, no NYPD cars on Broadway: 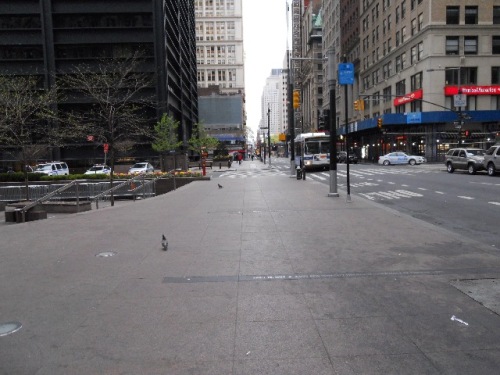 And aside from three Brookfield Yellow Vests, it was empty: 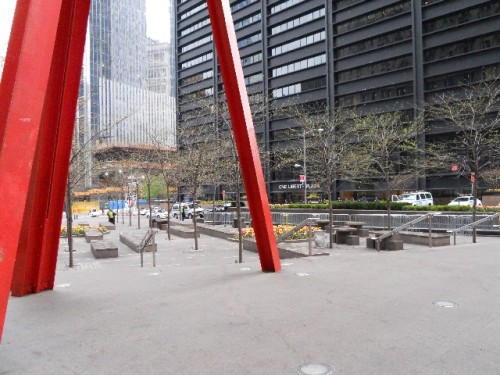 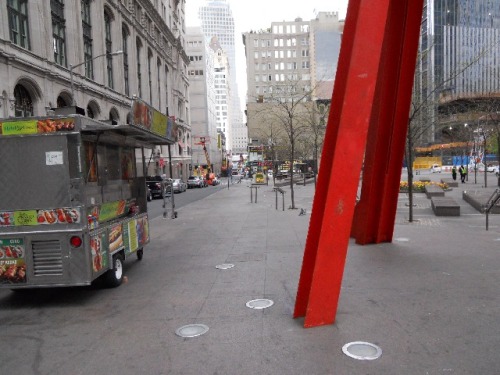 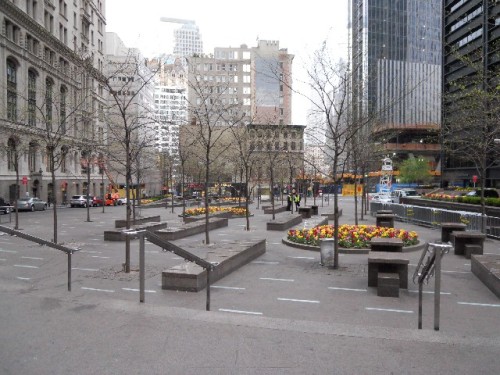 But they still have barricades standing by and NYPD was milling about at the side: 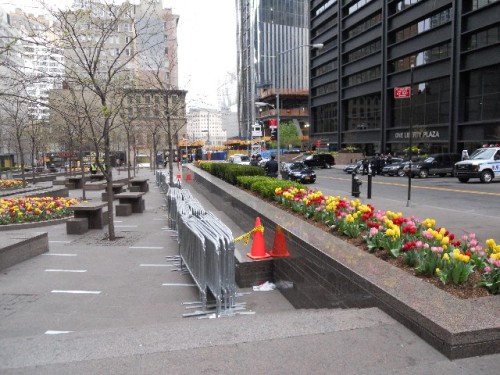 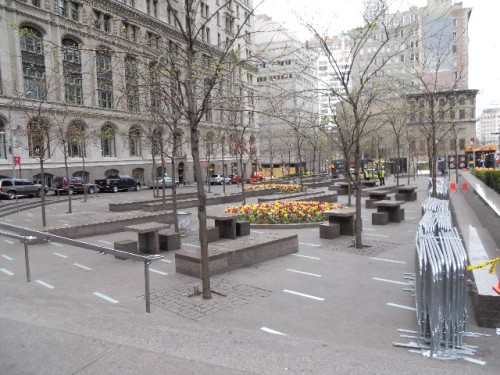 Approaching Wall Street from the other end today:

And here we go: 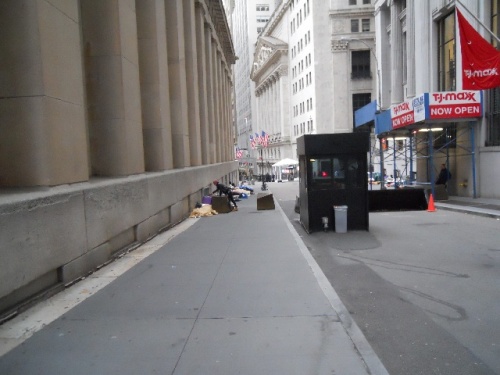 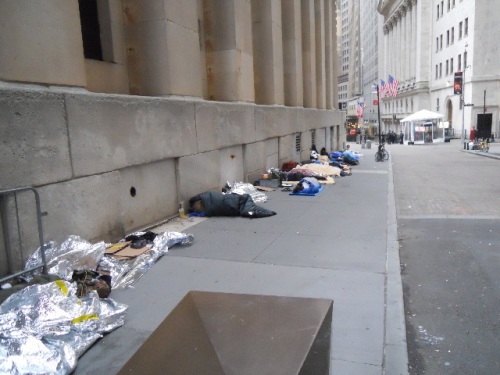 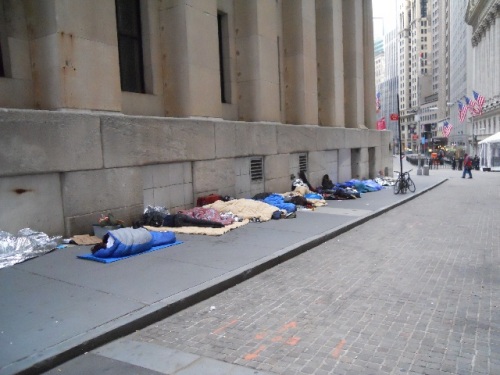 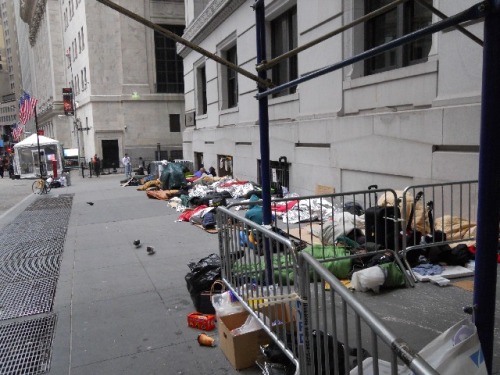 Ha, I like the way they’ve turned that barricade into something Occupy can now use: 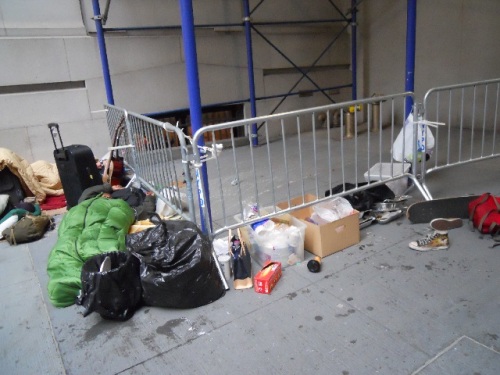 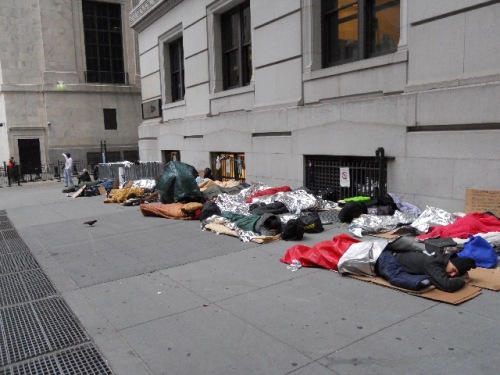 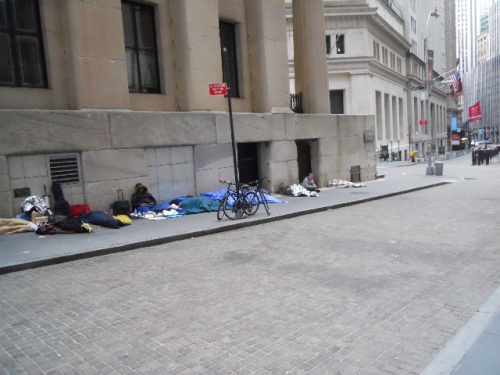 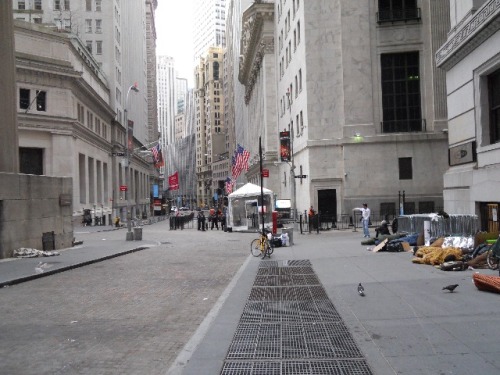 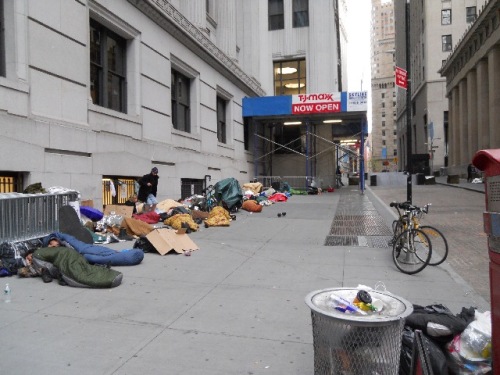 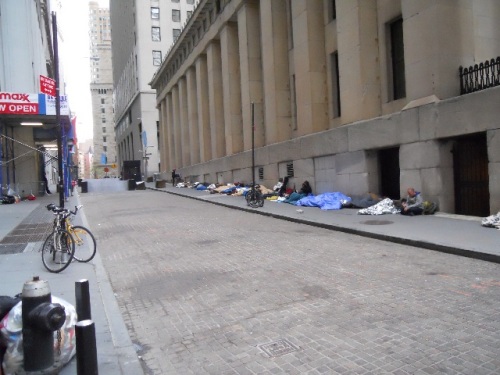 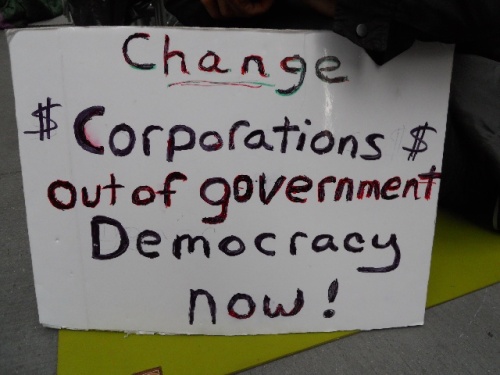 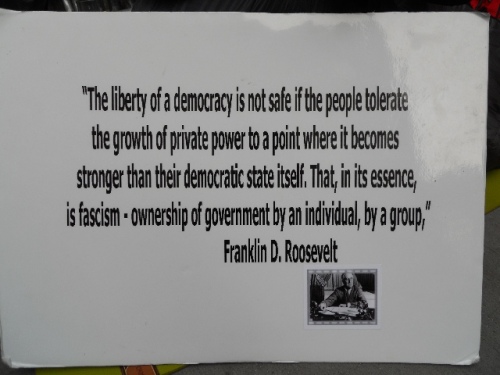 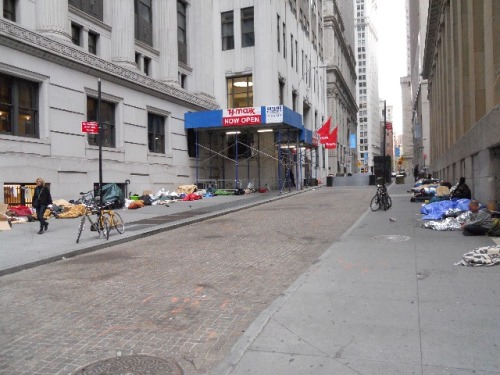 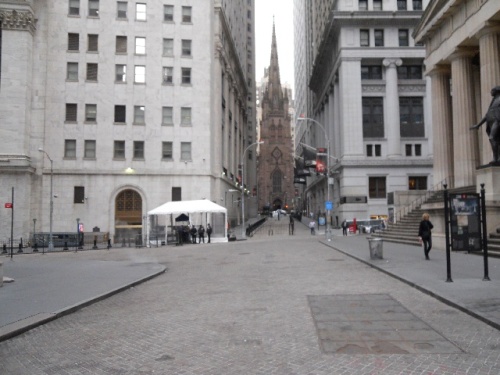 Which needs to remember that Gods Works in Mysterious Ways. Had those hypocrites allowed Occupy on their patch of land, they would have never known they could sleep near the Exchange! 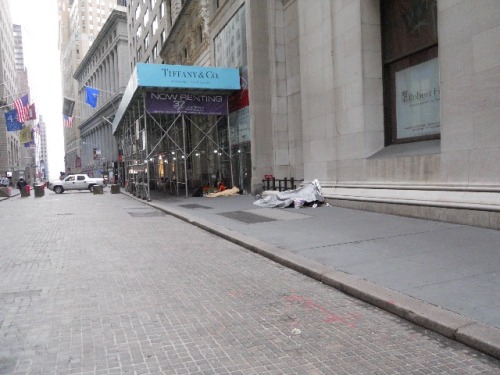 The NYPD prevented Occupy from using the shelter of that scaffolding on the other block, so … 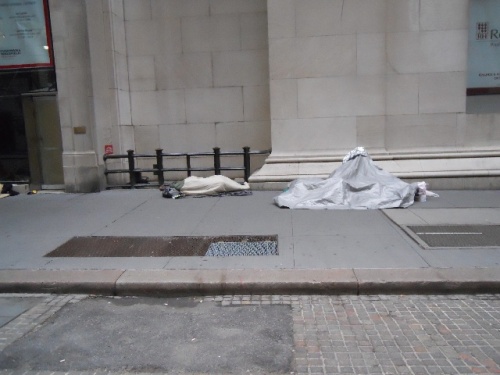 … Occupy just moved to another scaffolding for shelter: 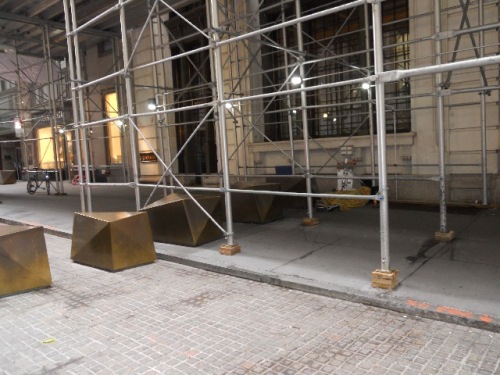 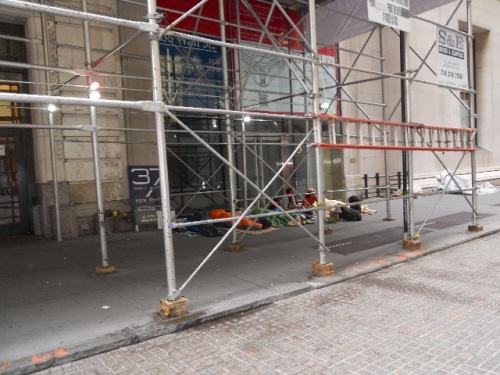 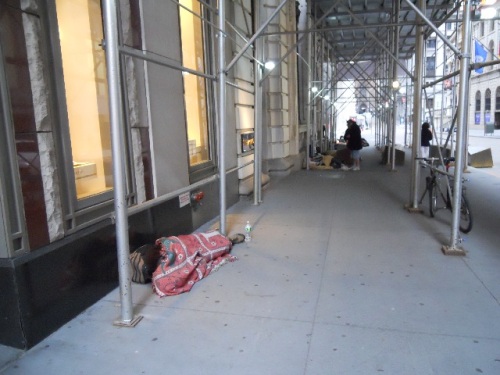 Hahaha! I hope that gave that bully Winski indigestion! Is he going to try to barricade that scaffolding too? Rotsa ruck there!

How many of the one percent would sleep outside for months at a time for a tax cut? Or to get their way?