I try not to approach Wall Street from the same direction every time, so I have some variety in my surroundings.

Today that route brought me this:

And now on Wall Street … 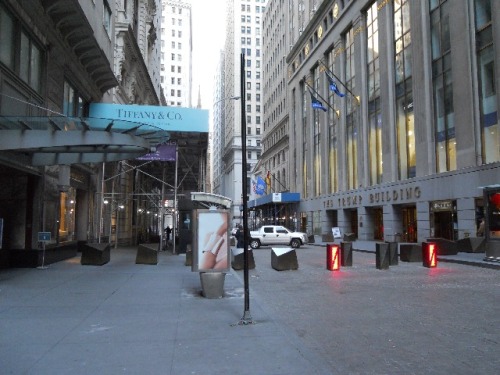 … the casino is still standing, unsacked and unburned, so their job isn’t over yet! 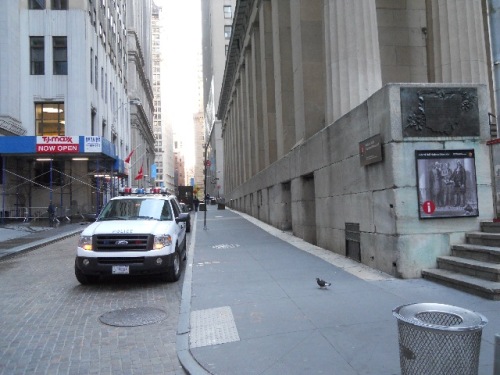 And across the street … 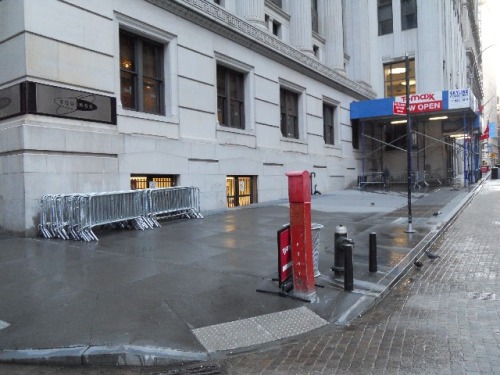 … no power washing, just a hose:

How good are your eyes? Do you see it like I did: 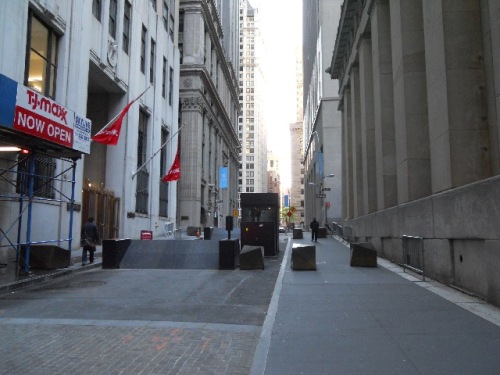 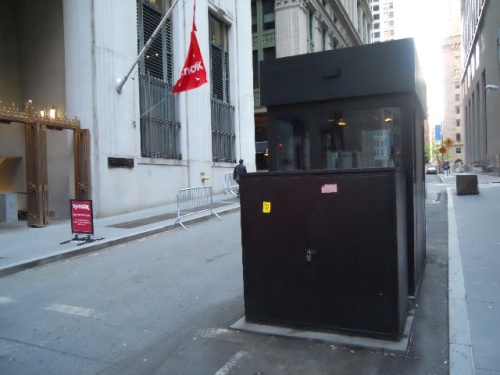 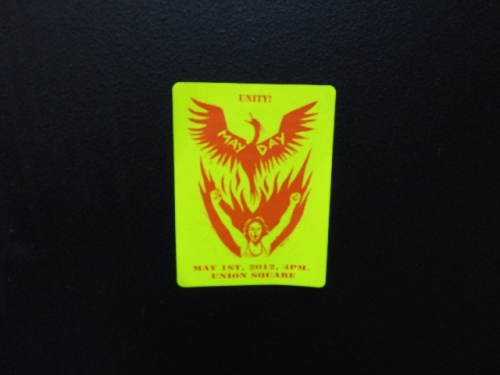 Oh, just wait for the punchline!

… and it got stuck to his fingers: 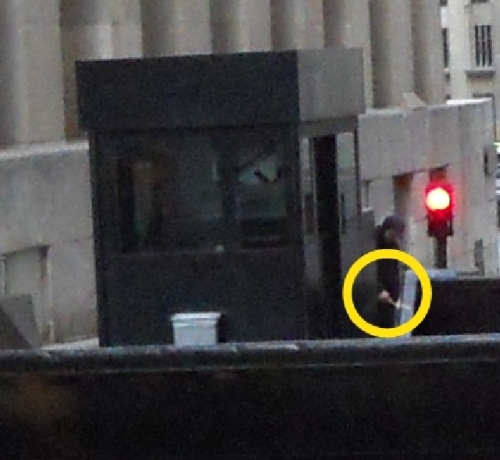 Over at Liberty Plaza … 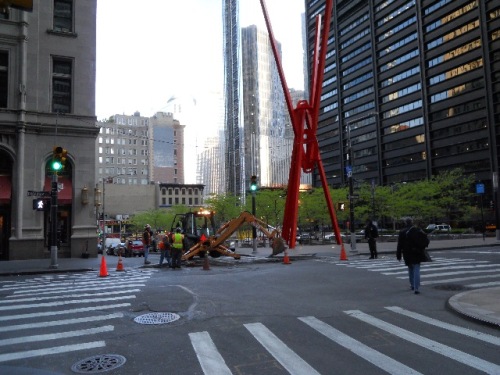 … and in the Plaza itself … 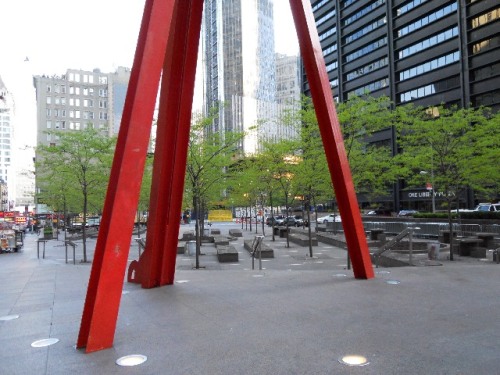 … there were no Brookfield Yellow Vests. None. But still plenty of barricades: 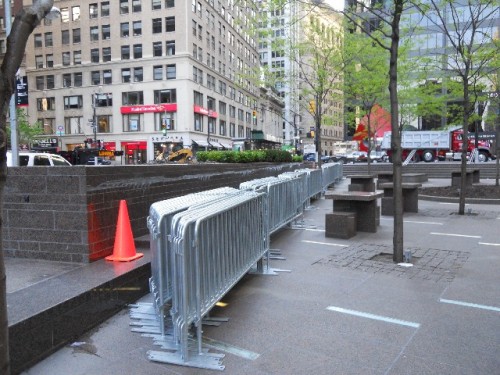 After eating a wretched one-dollar breakfast muffin (shut up!), I went back through and there were two Brookfield Yellow Vests who had appeared: 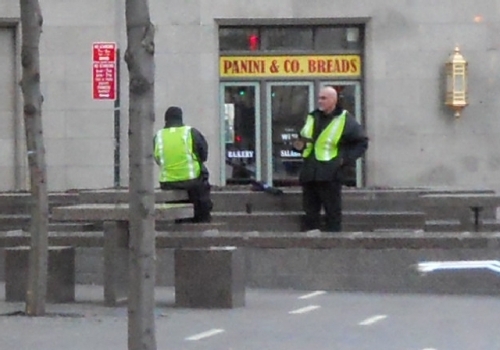 On Broadway, the only sign that Occupy Wall Street once existed: 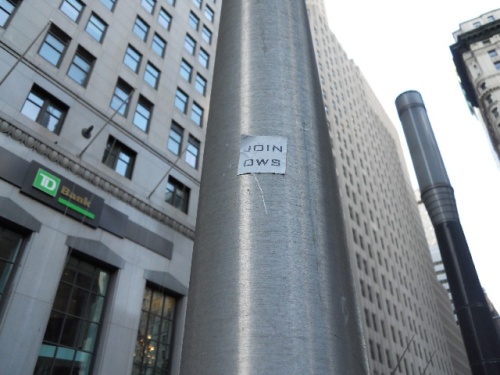 But wait! What’s this sign at Trinity Whore Church: 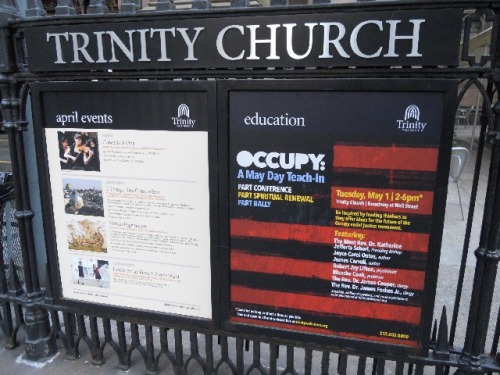 Who the hell are those people? And can someone tell me what the hell Joyce Carol Oates has to do with Occupy? You bet your ass Trinity Whore Church has this Star Lineup to pack the pews and milk the donations — none of those bucks will ever go to, you know, the actual Occupy movement, however!

Trinity Whore Church refused Occupy sanctuary at a property — a disused lot! — it owns in the Chinatown area. And so far it hasn’t seen the light. This isn’t The Bells of Saint Mary. Trinity Whore Church would never do something revolutionary like donate that lot to Occupy so the group could legally occupy some place.

Over at the UFT building:

This is where Occupy stored its materiel:

And they now have to vacate it and remove everything. This is what remained as of this morning: 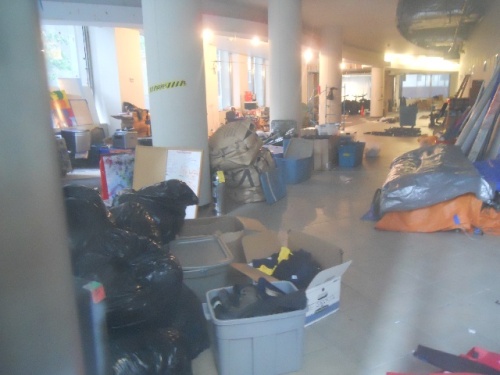 I decided to look at Wall Street one more time, going up Broad Street: 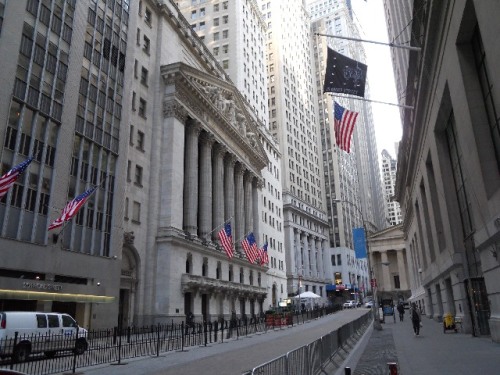 And still no Occupy at all:

And I don’t know what the hell this is about across the street: 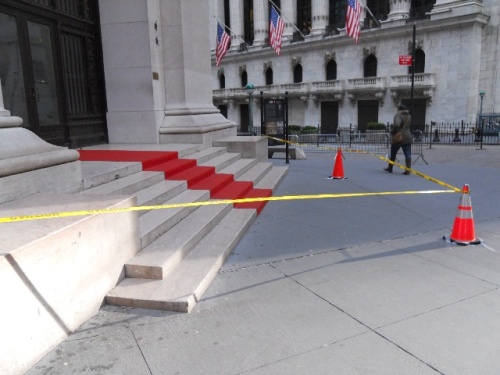 Over at 60 Wall Street, I see the Atrium will be observing the General Strike (bitter laugh): 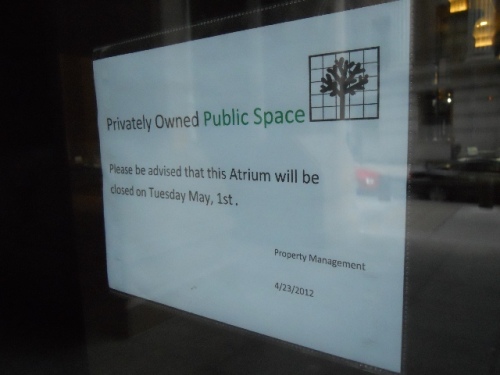 Heading towards the ferry, a trifecta of stickers: 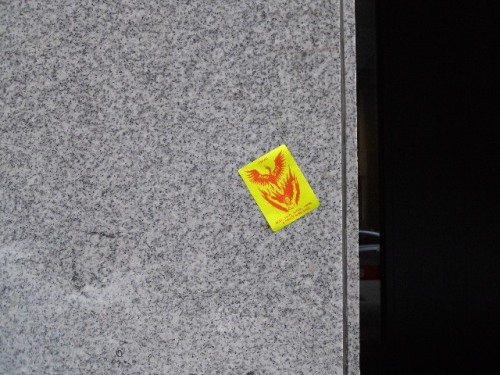 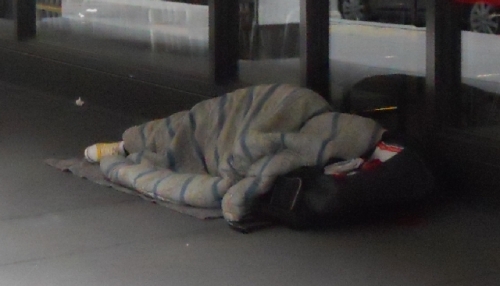 And another person sleeping:

That’s a Clive Cussler novel. The sight of that book nearly broke my heart. It should enflame the sympathies of all readers, seeing someone reduced to that — yet still possessing a book!

Why does Occupy protest? Because we’ve become a nation that now accepts that we’ll always have some people living on the street. That’s how degraded the “leadership” of this nation has made us. That we can look at someone else in that misery and think it is now something normal.

Despite the photos you see in these posts, there are really too few signs of Occupy. I see them because I am looking for them with a trained eye.

How many people would have even noticed this:

I don’t know why no one from Occupy was on Wall Street this morning. Maybe it was the cold night — it dipped in the 30s — but that never stopped anyone from showing up at Liberty Plaza when it was even colder!

I found it all discouraging. If Occupy can be broken, then there is absolutely no hope for the rest of us. We’ll be surrounded by an anti-American anti-human Corporate Police State, prisoners of those who claim to “represent” us.

There are over a billion bullets in the hands of everyday Americans. Will it have to come to that?