Heading back from the city today, I passed by Liberty Plaza and there was some kind of brouhaha in progress.

Don’t tell me people won’t use a tablet for photos or video:

(Yeah, if the iPad Mini has a good camera, sales will be epic.)

Anyway, real shit was going down because look who was there: 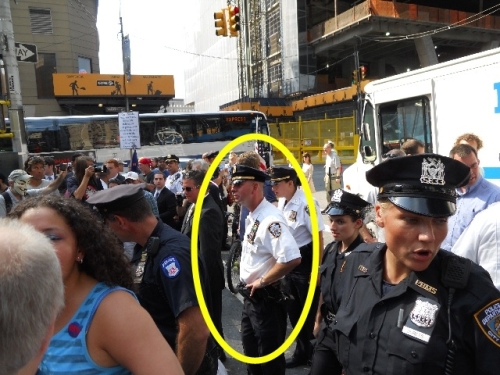 Bully Boy Winski! You remember him, from the day they evicted everyone from Liberty Plaza:

There was a large shouty crowd: 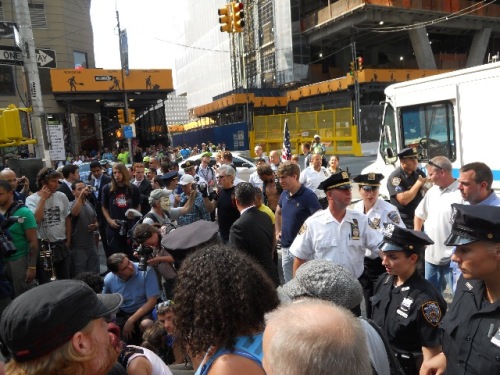 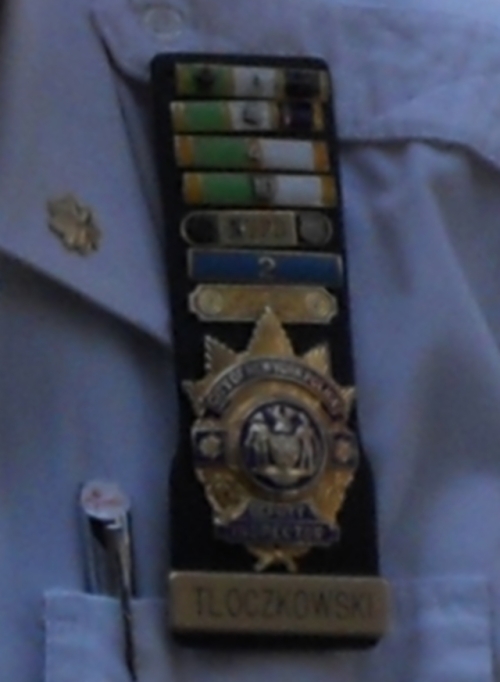 … reach around Winski and push this guy …

… with some force. If that guy had been interested in any pushback, he would have had the mistaken impression that Winski had pushed him. How’s that for a low move? That’s the kind of game we’d play in elementary school. Stay classy, NYPD!

In the middle of this crowd …

… was a white-haired older woman on the ground. I tried to get a pic but was blocked by OWS, being told they had their “own” media and could get it up faster. I wasn’t the only one blocked from taking a picture. You know, at some level I have a problem with that. OWS has to realize they can’t do everything nor should they. When it comes to spreading the word, the more voices the better. No one was there to take a photo for prurient purposes.

Anyway, I was told she was one of the group who did that epic march from the National Gathering in Philadelphia back to New York City. Apparently they arrived before I got there. Something got up NYPD’s snout and arrests began. As one cop was grabbing one guy to arrest, he wound up pushing that woman who went to the ground. Ambulances were called. The woman was on the ground for at least the ten minutes I was there, until finally put on a stretcher by EMS. She looked like she’d suffered heat stroke at the very least, on top of whatever damage NYPD inflicted on her.

OWS locked arms to keep people away from the woman:

The crowd yelling “Shame!” at the NYPD (which was accompanied by The Finger):

Winski got on his bullhorn to invite people to leave the sidewalk: 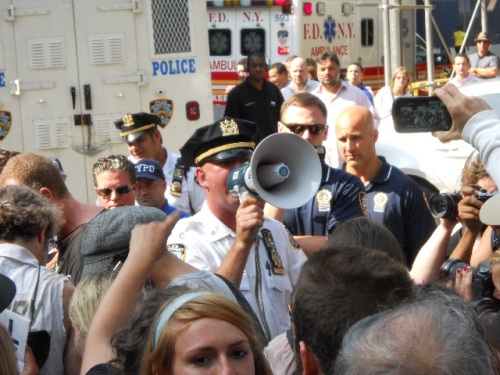 He actually used “Please” and “Thank you.” Who the hell does he think he’s kidding?

Notice the TARU guy with his video camera:

There were two TARU there. One of them was pointing his camera right at me. Probably for their FaceRec database.

Once the woman was taken away, I decided to leave …

… I’d seen enough of NYPD for one day. More than enough, in fact.

I hope someone got that woman’s trouble on tape. How many lawsuits does NYPD intend to create for the city? And why shouldn’t they have to pay for whatever monetary damages ensue? I don’t want my taxes going to pay for their “mistakes.” Claw it out of their paychecks and even out of their pension fund (as if that fund actually exists — let’s see how you all act on the day you find out it’s been looted by Wall Street, NYPD!).