Update October 24, 2012: Don’t waste your time here. These photos show an earlier hypothetical iPad Mini that does not have the same dimensions as the actual one.

Popped into the city today to buy something (not tech related) and did a quick Fondle Tour to photograph the paper iPad Mini up against a variety of devices for size comparisons.

This is the Pandigital Nova, a crappy Android tablet with a 7″ screen: 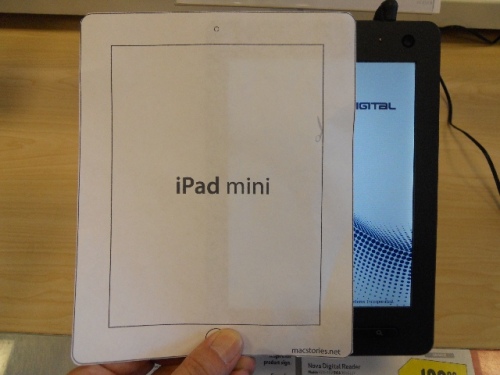 This is the Pandigital SuperNova, a crappy Android tablet with an 8″ screen:

I didn’t even try to turn it on. I was in a rush and for many of these demo models at Best Buy, the default is dead battery. This device is interesting because it is nearly the same height and width as the paper iPad Mini: 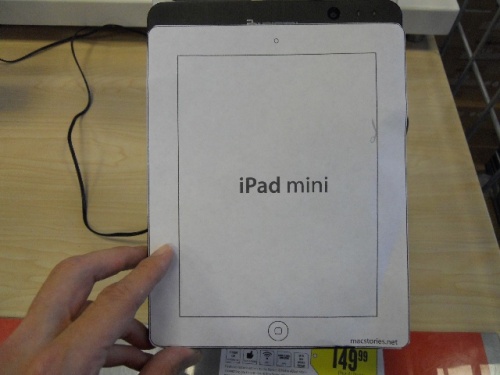 And this is something to see. Compared to the Nook with GlowLight: 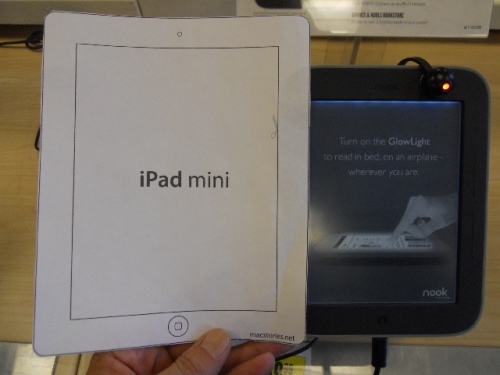 Wow. The iPad Mini makes it look so small!

Here it is next to the Kindle Fire:

Next to the Galaxy Tab 2 with 7″ screen: 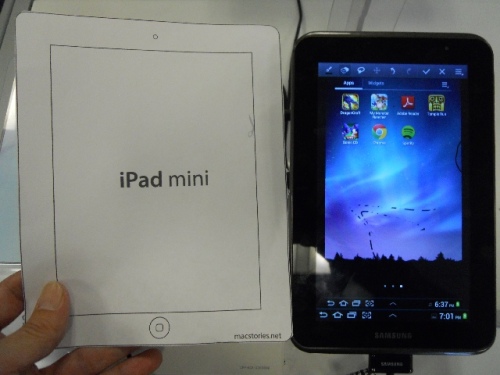 Sorry about the distortion. I was rushing.

And this one I’m going to show only one photo of here because it deserves a separate post. This is the iPad Mini next to the Archos 80 G9: 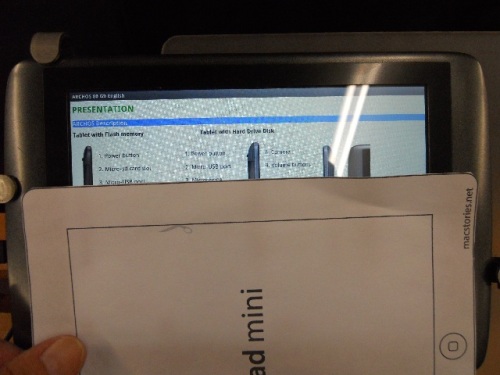 That’s a very significant device because it has an 8″ screen with the rumored resolution of the iPad Mini: 1024×768. I have many more photos for a separate post.

Here it is next to the (discontinued?) Samsung Galaxy Tab 8.9: 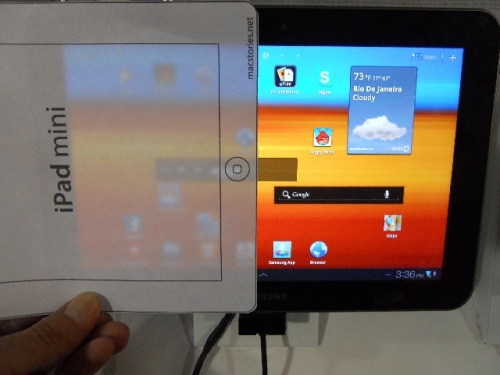 What’s interesting is that the screen width matches that of the iPad Mini.

The length, however, is different. I really liked the size and feel of the Tab 8.9 when I encountered it several months ago. What makes the device a no-no for me is the lack of SD slot. Android devices really need that card slot.

And now we move on to the big one. The iPad Mini next to the Galaxy Tab 7.7. This one really surprised me: 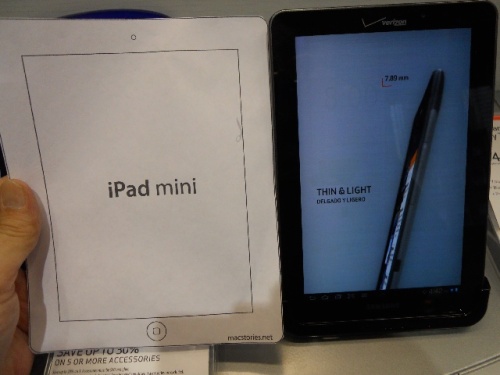 The height of both devices is verrrry close. So are the screen heights: 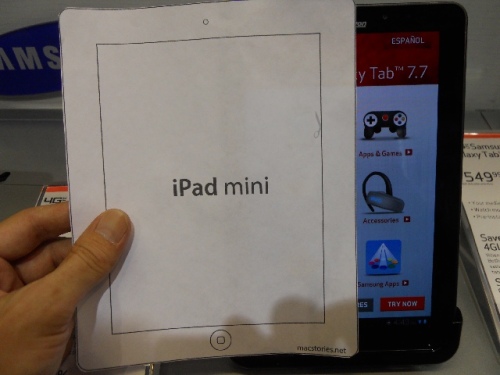 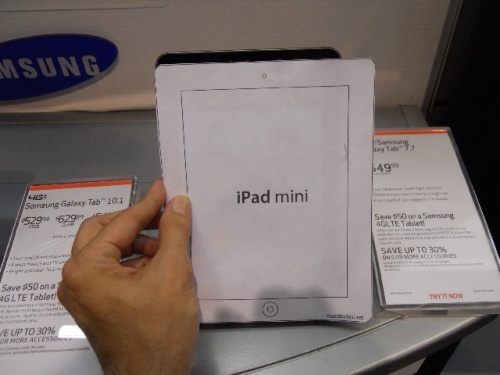 So, really, that kills the 7.7 for me. It really has some CPU horsepower to deal with PDFs, but now that I see how narrow that screen is, I can also see it would be suboptimal for the Google Books PDFs I want to read.

And by the way, here’s another kicker. I went to Settings on both the Galaxy Tab 8.9 and 7.7 to make their brightness maximum. Yet look how much darker that Super AMOLED screen of the 7.7 is compared to the LCD of the 8.9!

Photos: Adding To The iPad Mini Debate
iDissent: I Think Gotta Be Mobile Is Wrong