I’ve been a slacker, letting hard drive space problems put me behind in posting in this series.

And I didn’t take photos on Friday and Saturday when I passed by, which was a big mistake. Because including today, each day had a different price. 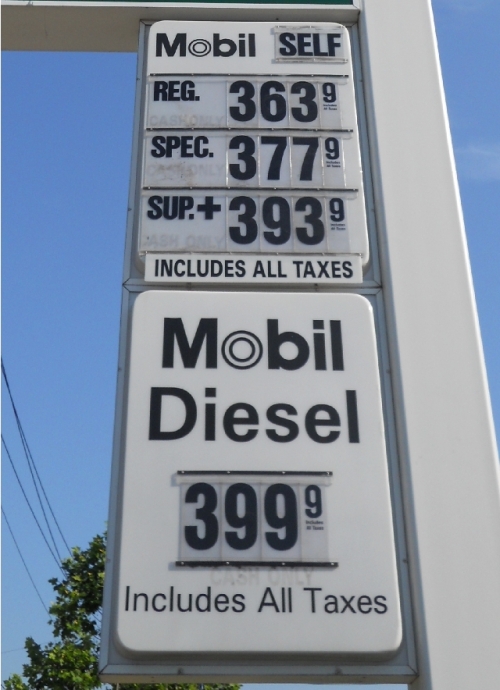 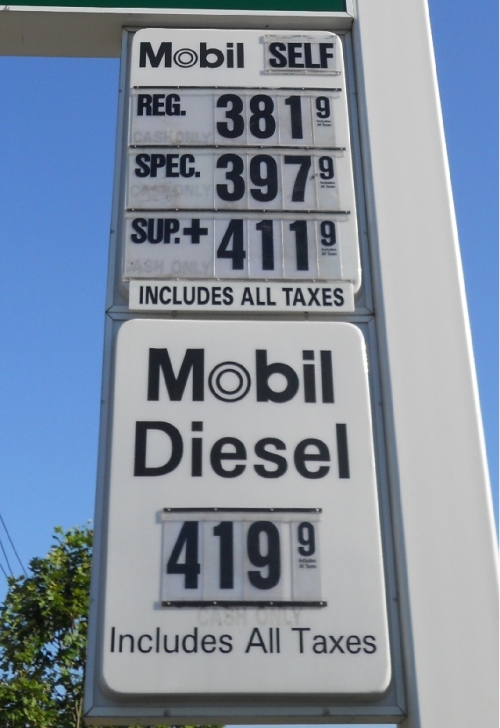 (Those of you looking at the photo filenames might be confused. Ignore them. They are off by one.)

One response to “Five Photos Of Crazy Gas Prices”