The march from Washington Square Park to Liberty Plaza concluded a while ago. Here are screensnaps from the @Timcast live Ustream:

Encountering the barricaded Liberty Plaza I documented this morning, this time with lots of NYPD surrounding it:

And via two chokepoints, they were “allowed” back in: 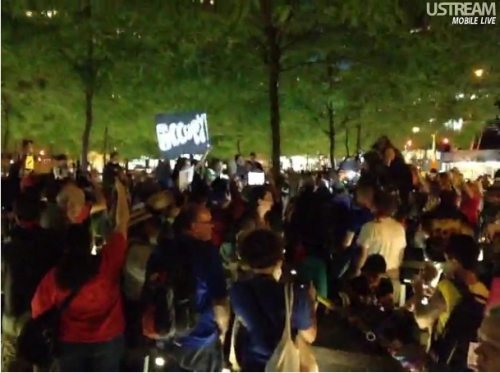 I wish their setup had been above reproach with the original occupation.

They need to be there.

Who the hell else is putting pressure on the financial district 24/7? Not our damn “government” nor the so-called “mainstream media”!

2 responses to “Occupy Wall Street: Back Inside Liberty Plaza”