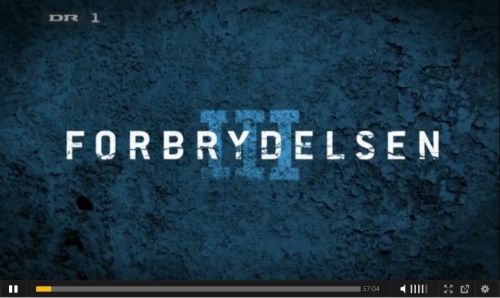 Wow! Incredibly, the TV network in Denmark allows people outside of Denmark to stream Forbrydelsen III! See it here. There are no English subtitles, so that’s for hardcore people like me who can’t wait and just want to see it, period.

I have some screensnaps and minor spoilers.

Our first view of Sarah Lund: 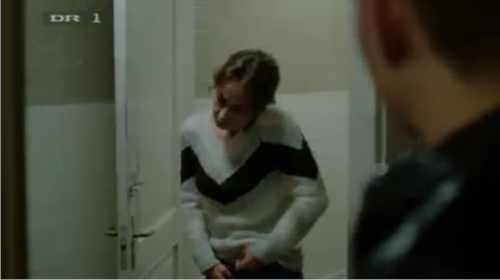 Apparently she is given a new partner who looks old enough to be her son:

The quality of the stream is mostly excellent: 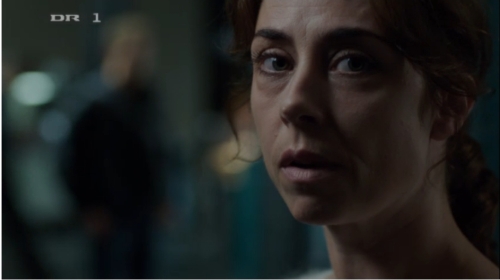 Surprisingly, her partner thinks there’s a case here but she seems not to think so:

This guy and his daughter are significant characters:

This is his ex-wife:

The stream image degrades from time to time and pauses to buffer: 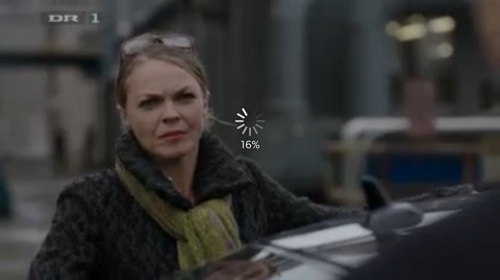 But on the whole, it played surprisingly well for such a large-sized video on this crap PC. I wish YouTube still did that!

A shipping company and — of course — a political campaign are at the heart of this crime:

I was perhaps fifteen minutes away from the end when the stream lost its place and reset back to the beginning!

I blame my crap PC. I’m going to borrow a Windows 7 notebook to watch it to the end.

It starts off with the trademark Forbrydelsen bang. The music isn’t yet compelling, but moody. I can’t yet tell if it’s an all-new score (the final moments would have done that!). And even without subtitles I was engrossed. And, yes, at one point Lund is in a tie. Why is clear when you see it.

Same-day update: A second attempt on a better PC enabled me to see all of it. The threads came together beautifully at the end of the episode with a great cliffhanger. Unfortunately, it seems they did not budget for a new score, still reusing the original cues. That’s a bit of a shame. But Sarah Lund is back!