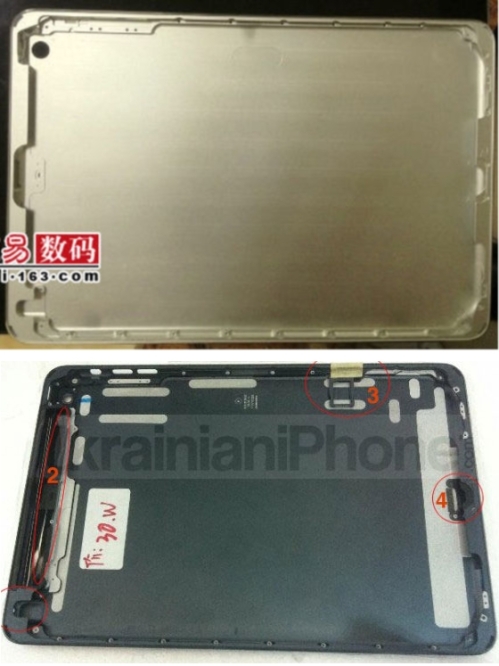 The images were modified to make them closer in size.

What’s significant about the anodizing is that it opens the possibility — if that back part is genuine — of different colors like the iPod Touch. 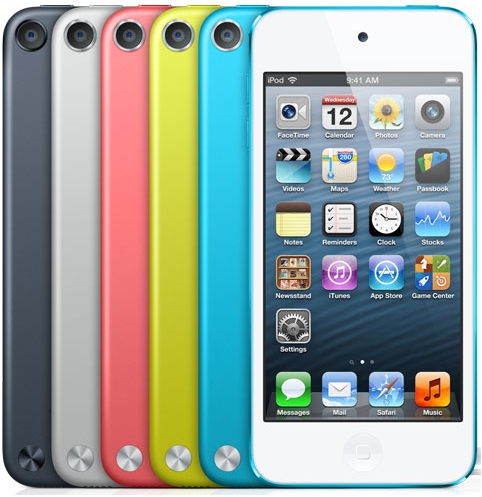 There’s a reason these iPod touch colors are so incredibly rich and vibrant. It’s because they’re bonded right to the aluminum — not just painted on the surface. So you see saturated color that still lets the luster of the metal shine through. Which gives you a material that shows off the color, and a color that shows off the material.

… could be matched with different color backplates, further differentiating the Mini from the regular iPad line as well as making it easier to spot in public (when used without a cover).

And it’s that anodizing that gets me. A fake iPad Mini would not go to that trouble. And the current fake iPad Mini does not have a black back. It has the naked aluminum we are used to seeing on the large iPad.

Further, the side bezel on that faceplate is noticeably thinner than the one on the fake iPad Mini.

Well, we will see in eight days, won’t we? Or will we?

And should the iPad Mini exist, it will be interesting to see its dimensions compared to the fake one.

One response to “Analysis Of New iPad Mini Leaked Parts”