Once Again I Yell About Tablets And Cameras

He ruined it when he stupidly and smugly said:

Earlier this week I attended the Asus Windows 8 introduction. I had with me a Nikon CoolPix that takes 8MPx photos.

You know who was getting better pictures than me?

This woman using her iPad to take pictures: 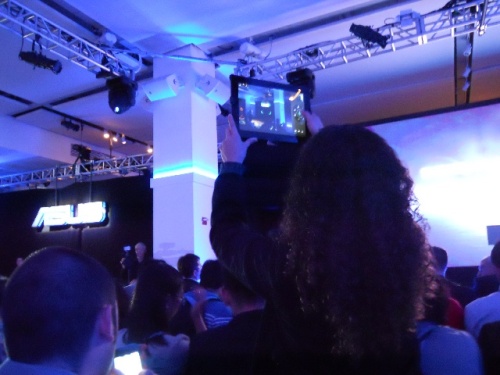 I could see her captured images. They were far better than what the damn camera I was using got!

And because she was using a tablet, she could see right away if the image was actually good or not. On the crappy small viewfinder on the back of the CoolPix, I couldn’t tell a thing. Only when I got back to my desktop could I see if the photos had proper focus or were blurry due to motion.

This argument about camera vs tablet must die. It’s the last resort of the desperate and it makes the person playing that card look like a moron.

Why The iPad Camera Matters

Filed under Android, iOS, Other Hardware

2 responses to “Once Again I Yell About Tablets And Cameras”