For years I have wondered who that silent, hot woman was behind the President in The Fifth Element: 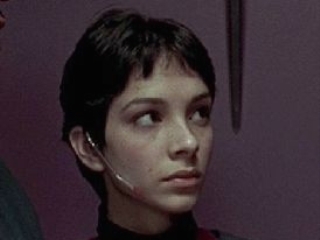 Here she is in action, being silent. And hot: 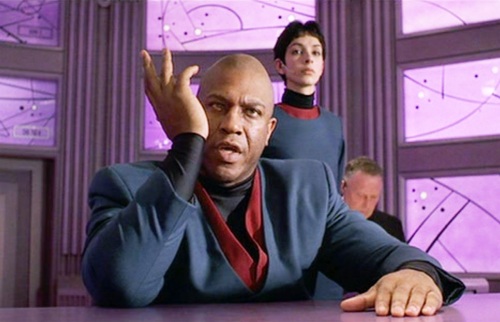 I guess I could never figure out how to Google her or just didn’t think she had a credited role. But today I saw The Fifth Element again and there she was in the credits — President’s Aide: Sonita Henry.

I rushed to Google.

And she had this brief but highly memorable part in the last Star Trek movie:

No, she did not become un-hot. They digitally morphed her face. Although even morphed, there is still a hotness.

So, anyway. Mystery solved. I love the Internet.