What’s going on here is the prequel to Millennium, with Bacon as Frank Black before he cracked up and moved to Seattle. 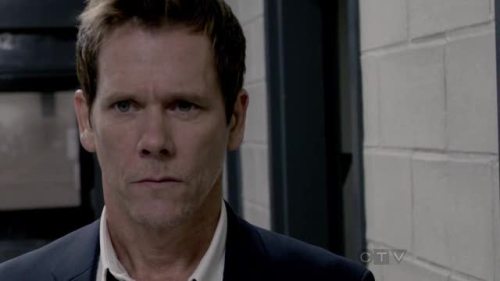 But Bacon doesn’t have the range of Lance Henriksen and the scripts aren’t helping. There’s no space for him. 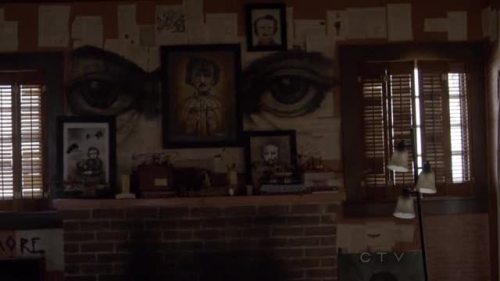 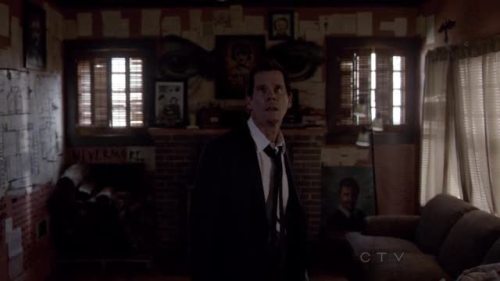 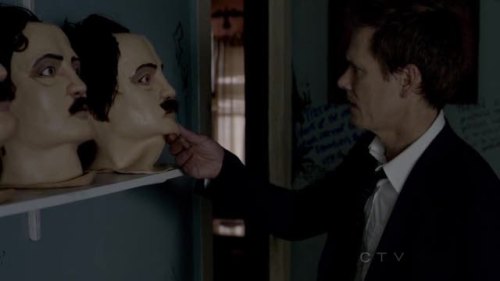 And if you can’t see the connection to Millennium, just look at the body on fire: 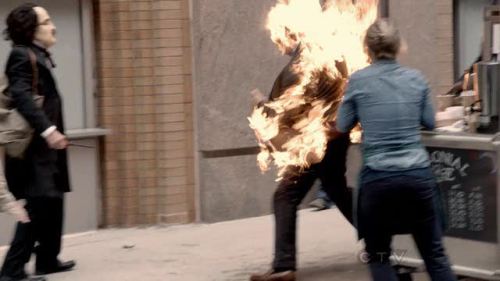 I expected that to show up. It took just the second episode for it to appear.

I didn’t intend to give it a second look, but I figured some people might have thought I didn’t give it a fair go.

This second episode was even dumber than the first one.

And special note to all writers … 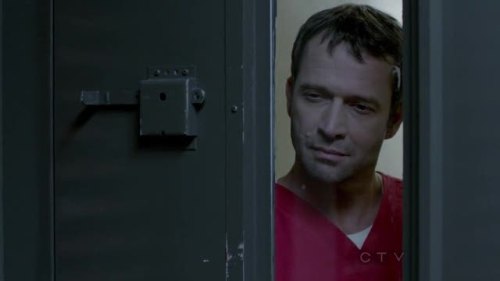 … one Hannibal Lecter is unique, a novelty. The one-trillionth Lecter is a goddammed bore and means you should get the hell away from the keyboard for the good of everyone.

And you know what would have made this series interesting? A serial killer who had no damn idea he had a cult and helped the FBI to stop them! A twist like that would have helped Frank Black to crack up and would have put the audience in the head of the killer too.

I’m not wasting another hour on this.