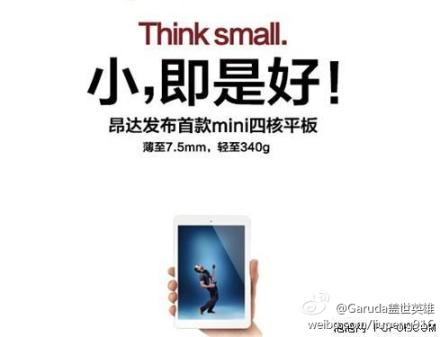 Wow. The Archos 80 Platinum — which is based on the Onda V812 tablet — isn’t even available yet and it’s already been made obsolete!

Onda announced an iPad Mini-style V818 tablet that contains the same screen and guts as the V812 but is lighter, thinner, and better-looking. [Update: It actually uses an A31s CPU, not the A31 of the V812.]

I’ve stripmined the Weibo site (and dipped into the OndaBBS site) that documeneted the V818’s introduction and here are the images, which includes the first real photos of it: 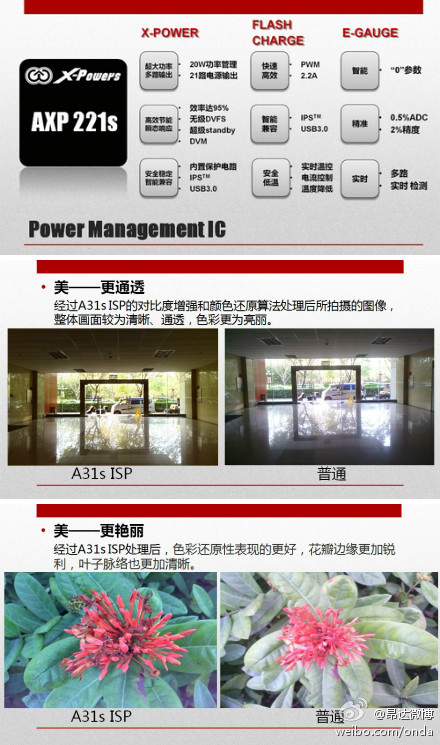 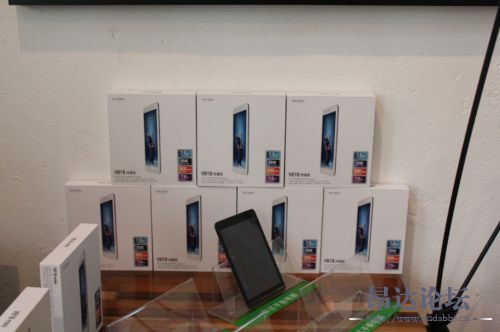 The two slides that matter the most compares the V818 to the Galaxy Note 8.0 and the iPad Mini:

Notice that the storage capacity and price are a question mark for the V818. Then BAM: 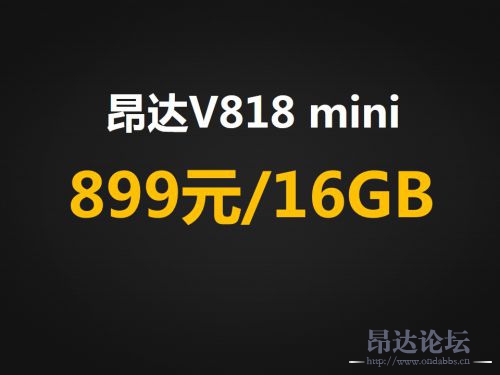 I don’t know what Onda’s reputation for quality is in China, but if it’s good, that tablet is going to sell like mad at that price with those specs.