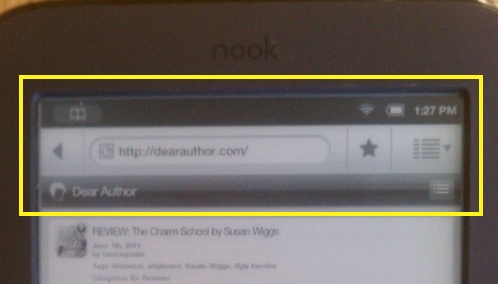 Now here’s the browser as seen in the leaked memo:

They didn’t even change the UI.

Why the hell did they ever block it to begin with? And why did it take two years to reverse that stupid decision? Is Nook Media the kind of company that will do what’s right only when it pushes them to the edge of the cliff?

You’re supposed to delight the customer, Nook Media, not frustrate them.

This move stills put the Nook Touch behind the Onyx Boox, an obscure device from an obscure Chinese company. They should be embarrassed.