First, Chinese tech sites are depressing. The advertorials and astroturfing are exhausting to negotiate. Even the tech site reviews are questionable.

Second, my enthusiasm for these clones has waned. Despite all the research I’ve done — and continue to do — the Acer Iconia A1-810 is a safe bet.

I still intend to update the Guide to Chinese iPad Mini Clones with an all-new post, but only after all of the reviews have been published in China. I really don’t want to do a new version that needs a lot of updating.

Meanwhile, I know people out there want information, so this post with some information — even though it’s links to forum astroturfing posts. Still, at least they have lots of pictures! 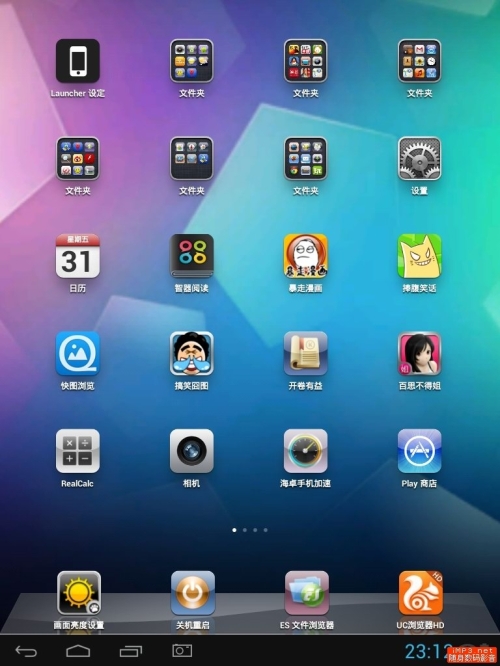 That is not an iPad Mini. Apparently there’s some sort of Launcher for Android that will do a hell of a job mimicking iOS, down to copying some of its icons.

That’s in an astroturfing post about the ICOO Fatty 2 [Google English]. A lot of the post is nonsensical English. What’s important to note is that the post points out some minuses of the Fatty 2 — but don’t be fooled. That’s part of the astroturfing game over there. Posts that were all-praise would reveal the game. (I also note this is the second post I’ve seen claiming OCD prevents the person from using a non-Retina screen. The Chinese have perfected astroturfing by including such details.)

To those of you who haven’t read Chinese tech blogs as much as I have these past months, you might doubt the astroturfing, but trust me on this. There’s a constant war between clone competitors going on in China and they snipe at each other in advertorials and astroturfing posts. You won’t notice this unless you’ve — so to speak — “read the whole story.” In that ICOO Fatty 2 post, for example, it makes a point of talking about how well the 1GB of RAM works. That’s a jab at competitors and reviewers of other tablets with 1GB of RAM. The level of detail in how well the 1GB works is not something you’d get from any “civilian” user.

Next up is a glaringly-astroturfing post for the Vido Mini One [Google English]. What gives it away are the artfully-staged photos of the product, such as this one:

Like the ICOO Fatty 2, the Video Mini One is a Rockchip 3188-based tablet. The AnTuTu score posted is 16,893. Oddly, the NenaMark2 score is rather low, at just 42.5fps. That might be due to Android not being optimized by Vido. The distinguishing characteristics of the Vido are twin speakers at the lower back and all of the expansion ports placed at the top, in a plastic band (the band assists radio strength).

But even in astroturfing posts sometimes users will post their own pictures revealing flaws:

Like that one, showing a warped corner. That’s the risk you run when buying any Chinese tablet.

The ICOO Fatty 2 post mentions the microSD card slot sits flush in its slot — but there’s no such mention of that in the Vido Mini One post. That could be due to several reasons:

1) It does protrude, so why mention it?
2) It doesn’t protrude, but they forgot to mention it.
3) The next astroturfing post will mention it.

That’s how I’ve found the game to work over there.

If you still doubt my assertions of astroturfing, just look at this photo: 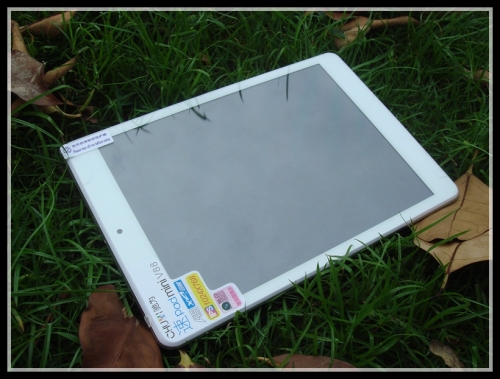 There is no freakin way the average Chinese would photograph his brand new tablet like that!

Although an iPad Mini clone is relatively inexpensive to us in terms of dollars, locally the price is quite high and users would treat these with the caution we’d treat a full-sized iPad or the latest iPhone.

Anyway, that photo is from the latest astroturfing post on behalf of the Chuwi V88 which, even translated, is filled with overblown poetry [Google English].

Chuwi has three other astroturfing posts in the same forum! [Google English: first, second, third]. Chuwi must really be feeling the heat now that it’s no longer the only Rockchip 3188-based tablet.

All of the first clones are, in fact. Onda, Ramos, and HKC have been running promotions where they cut the price by one-fourth. But don’t expect those discounts to be reflected by any seller you might buy it from internationally.

But don’t feel sorry for Ployer. It gets its Momo astroturfing in anyway [Google English]. Not even badly-Photoshopped screens stops Ployer:

The distinguishing characteristic of the Ployer Momo is its blue metal back: 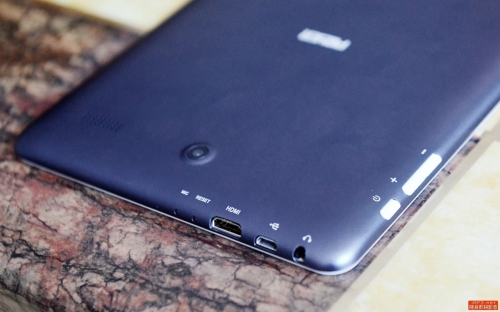 It’s otherwise just another tablet based on the AllWinner A31s CPU — with an upgrade to Android 4.2.2 (something the Rockchip 3188 tablets don’t yet have, but might soon get).

I will do another post when there is significant astroturfing from other tablet makers. Not all of them have gotten in the game yet.