Same-day update: There’s a video demonstrating this. See it after the break at the end of the post.

This is huge, huge news.

It’s Chuwi that announced it, probably to prop up sales of its V88 and V88s. But it’s not Chuwi that’s doing this, it’s Rockchip. So we can expect all iPad Mini clones (and possibly all tablets) based on the Rockchip 3188 platform to get an Android update that offers the option of multiwindowing.

There are two posts with similar content but citing different sources:

The second one says the multiwindowing is officially from Google and was released today (July 15). But there’s no indication (yet?) of any such thing from Google. And these two pages from Google say nothing about it:

Further, why would something so big be in an incremental update?

What leads me to believe this is Rockchip’s doing is this:

Specifically this thin passage from the introduction:

At the current Hong Kong Electronics Fair, Rockchip RK3188 not only showcased the latest quad-core processors, but released a new low-power dual-core processor RK3168, and the development of face recognition, such as multi-, multi-window task and other applications, has won widespread attention.

Yeah, sometimes finding out stuff from China via Google Translate all rests on just a few words!

What will all this look like? If you haven’t clicked through to the above posts already, this: 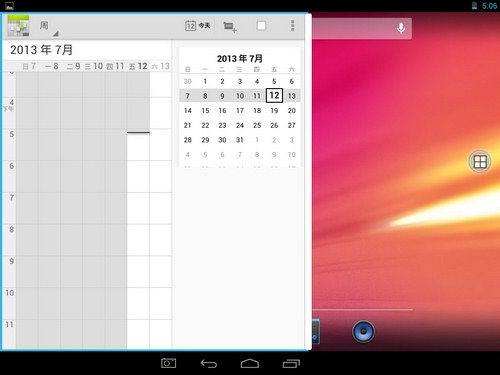 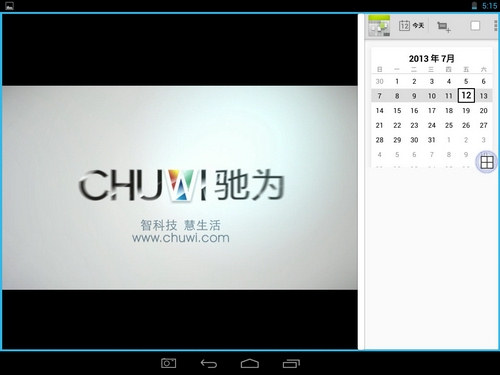 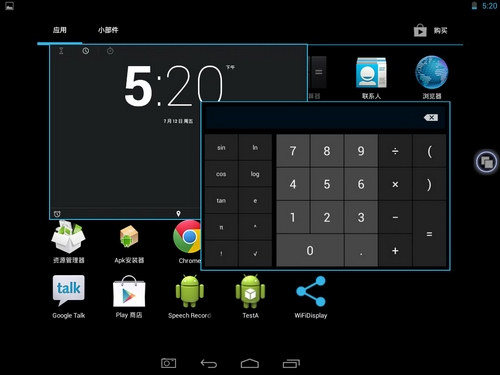 Chuwi probably announced this first because they were able to get a beta of it going so they could capture some screensnaps for pimping. Look at the right side of the snaps. There’s a floating circle and the icon inside changes between tile and overlap.

Unlike Samsung’s MultiView, which is still single-tasking, this will offer actual multitasking. As the text states, you could be playing a video in one window while simultaneously browsing the Net in another.

This will clearly differentiate Rockchip-based iPad Mini clones from those using AllWinner and Actions CPUs. I don’t think those other CPUs have the horsepower to pull this off (they can overlay video due to the GPU, not CPU).

In terms of iPad Mini clones, this is now a huge point of difference between the clones and the iPad Mini itself. I researched jailbreak hacks that would permit multiwindowing under iOS and it looked great for iPad Mini. Then the jailbreak window closed and will likely stay shut. So the only “iPad Mini” to get that capability on will be a Chinese clone using a Rockchip CPU.

I expect more news about this to be posted on other sites in the days ahead. We need to know if this will work with all Android apps or only those already built into the Rockchip version of Android.

The description of the video mistakes this for Android 5.0, which it isn’t. I’m cautiously excited about this. It remains to be seen if it will work with most Android apps as they are. I also wonder if something about it would prevent official Google apps from working properly or at all.