Pipo Ultra U8 iPad Mini Clone Gets A Review

The Pipo Ultra U8 uses a Rockchip 3188 and has 2GBs of RAM, putting it in the same league as the Chuwi V88 and Vido Mini One. Its distinguishing features are a front-facing speaker, a rear camera with flash, a gyroscope, and an optional customized UI. Given the ambitions of Pipo’s founder — as seen in this video by Charbax — will the Pipo Ultra U8 do well under review? 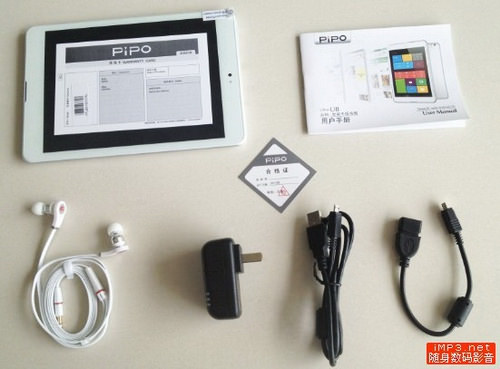 The most important thing to keep in mind is that Pipo has added a customized UI to its tablet:

That also makes it child-safe:

However, the entire customized UI is an option that can be turned off.

Despite the customized UI, the AnTuTu score is not affected: 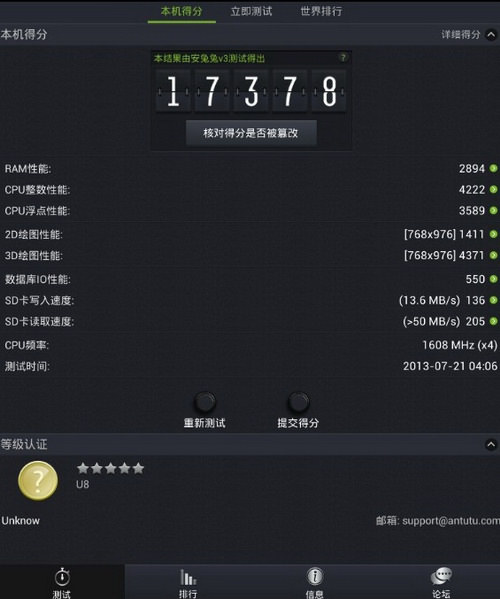 Although the text of the review claims the 3188 hit 1.8GHz, as seen in the above screensnap AnTuTu states it maxes out at 1.6GHz. Harumph.

The screen is ten-point multitouch:

NenaMark2 benchmark was not run.

The review claims that the Pipo Ultra U8 is using an AUO HVA screen. This is not an IPS screen but the review claims it’s indistinguishable from one — but the posted screen photos display a questionable color saturation.

As for the 5MP back camera, here are two samples of several posted in the review:

The outdoor photos looks soft, washed-out, and unimpressive. The camera supports touch-to-focus and can do macro as well as panoramic imaging. So far the best camera in an iPad Mini clone belongs to the Colorfly U781 Q1 (which is an AllWinner A31s-based tablet).

No WiFi reception problems are reported in the review, despite the all-metal back. Perhaps this is due to the Pipo Ultra U8 including a chipset that supports the new “5G WiFi.”

The battery is 4,750mAh but a comprehensive rundown test wasn’t done, with the reviewer claiming that seven hours of use — aside from playing large 3D games — is its likely runtime.

This is a tablet that has Android 4.2.2 and despite its Rockchip 3188 CPU, there’s no word that it will get the MultiWindow Android update.

With its customized UI, Pipo seems to have targeted the kind of customer who wants a child-safe tablet. This might not be the tablet that adult power users should buy until there’s word that it will get MultiWindow Android.