At the end of this edition of the Notes, we will hit the bottom of the barrel with clones. These are ones that aren’t going anywhere and I list them just for the sake of completeness.

My own position is that people should consider only Rockchip 3188, octa-core Exynos 5410, and (provisionally) Intel Atom clones, with 2GBs of RAM. The others are just too weak and I don’t expect AnTuTu 4.0 to change that reality.

Besides, despite a sketchy rumor, there’s still no indication anyone other than Rockchip 3188 clones will get MultiWindow Android — unless Google adds it to Android 5.0.

Today in China is all about the Onda V819 Mini, which was pimped today in a live Sina Weibo conference. They have a promotion going where a limited number of people can buy it at a discount for beta testing [Google English]. There’s a forum [Google English] with content that’s blocked to people who haven’t registered. While I understand their desire to make people feel part of something exclusive, it’s just silly. There’s not going to be that big a difference between the V819 and the original V818, at least in terms of performance. Both use the AllWinner A31s CPU. The main difference is a new build style and, bizarrely, a back camera that’s only 2MP (that’s not a typo).

Next up is my favorite object of torment, the much-hyped iFive Mini 3. A post [Google English] reveals some more of its specs and then rakes Five Technology over the coals for not specifying the type of screen:

Therefore, the processor is the wild, the screen is not evaluated, but also can not evaluate, we are using this, that say?

Five elements is the tablet you feel good brands, you have your own idea of ideas, but also continued in 1024 * 768 Tablet that there are thousands of product specifications in the struggle, I am afraid that soon will not find with other vendors the difference. Your user tablet’s screen always worse than others, specifications badly, they would not talk to people to show off their own tablet is good.

That boldfaced is in the original! It’s rare to see a Chinese tech site go off like that, but I think they’re as sick of Five Technology’s drip-drip-drip of hype as I am.

The second generation of the HKC Quest — the Q79A — gets a review [Google English]. This uses the Actions ATM7029 CPU, the weakest of the bunch — it can’t even run a legitimate version of AnTuTu (it will be interesting to see if AnTuTu 4.0 runs!). The NenaMark2 score really says it all:

There have been astroturf forums posts galore for the Teclast P88s Mini. And now they’ve announced the P85 Mini [Google English]. 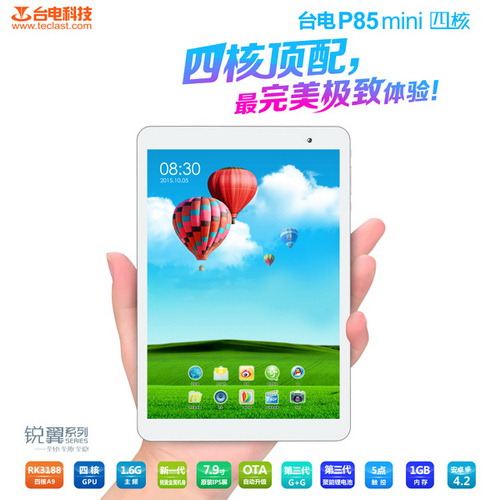 This could have been an interesting tablet. Unlike the A31s-based P88s, the P85 uses a Rockchip 3188 CPU! But they’ve crippled it with just 1GB of RAM, so no MultiWindow Android. It’s not yet listed on the Teclast site. This company seems to be covering all bases. Previously they announced an iPad Mini clone, the T89 Mini, with an Intel CPU. 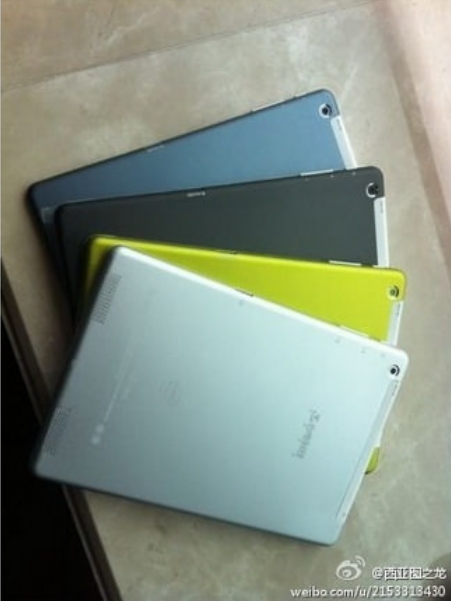 I wouldn’t bet on color backs. The Chuwi V88 was supposed to offer them and never did. Only the Ramos X10 offered three different color backs.

One of the rare iPad Mini clones to be rebadged and sold openly in Europe (or at least Romania) is the Allview Viva Q8.

See an unboxing video here. (Oddly, there was an earlier post, in which they identified it as the Onda V818.)

The Colorfly U781 Q1 apparently needed a firmware update to fix several problems and there’s a tutorial for updating it. [Google English]. Google Translate turns “flash” into “brush,” in case it’s confusing.

Now to the bottom of the iPad Mini clone barrel…

It got a review [Google English]. It’s another AllWinner A31s-based tablet, with SDK 3.0, while SDK 3.2 is already out. Its AnTuTu score is no surprise:

It has just 1GB of RAM, a shocking 8GBs of storage, and lacks Bluetooth. Why would anyone want this?

Contrast that NenaMark2 score to the one above for the HKC Quest Q79A!

And it’s no better the second time around: 1.6GHz dual-core Rockchip 3168 CPU with 512MB of RAM and 8GBs of storage [Google English]. There’s another advertorial post too [Google English]. To cleanse myself, I refer everyone to the Buying Advice page at this blog.

Last: There was a post that was demanding payment for a “secret” about charging the Chuwi V88s. That post has now become free after people ponied up the loot. Here’s that big “secret” [Google English]:

Chi V88S charger charger attention to see everyone have a problem, I secretly test my original charger.

Find a device test a little, test result is the lowest bit 5.4V voltage to recharge. So normal charger can not be used.

Count the line resistance, must be at least 5,5 v 2A power supply current can be used.

I hope that helps someone.