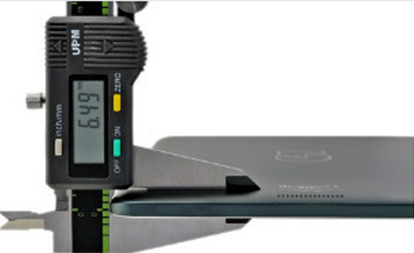 Really, that’s the only one I’m convinced is a real photo.

Still, here are some more: 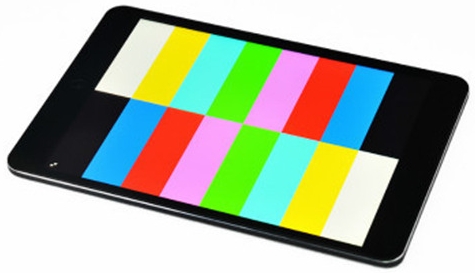 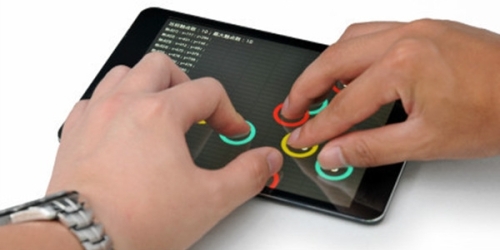 Two hands from two different people up there. It could be Photoshopped. Especially given those shadows.

The post is filled with hype about its measurements. Really, are a few millimeters in a certain dimension that much of a selling point? I don’t think so.

And then they try to get away with this as its AnTuTu score: 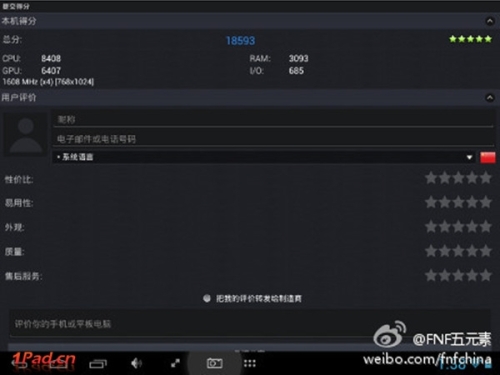 Again: Because they were so focused on being the thinnest out there, they gutted this tablet. It’s too slim to accommodate a 2GB RAM chip. With just 1GB of RAM, it’s worthless. It can’t do MultiWindow Android and it’s already been established with other tablets that 1GB is just not enough. I don’t believe anything Five Technology says about how they’ve magically optimized their flavor of Android to make do with 1GB of RAM. Neither should you.