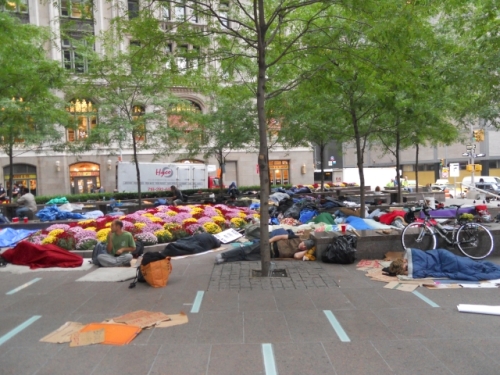 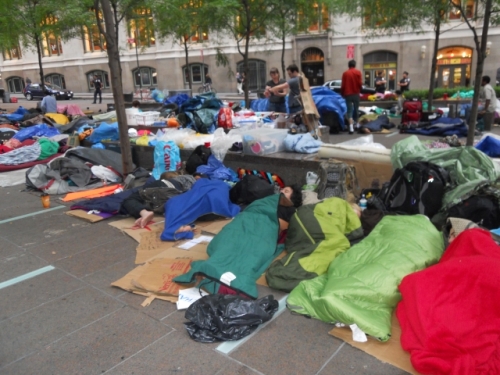 They would hold that piece of Manhattan until November 15th, when they were crushed and routed by the Bluecoats of the NYPD in conspiracy with the Department of Homeland Security.

It took a long time for me to be in sympathy with them.

Everything they were protesting has since been revealed to be true. From the dangers of fracking to the secret Police State unmasked by Edward Snowden.

I can’t be there for the anniversary marches, but I’m watching on Twitter.

Two years later and we’re all still being screwed.

And because we’re still being screwed, Occupy will rise again.