IMP3Net has an evaluation of the Tomato T2 tablet [Google English].

The submission byline credits “anonymous.” Take that as you will. 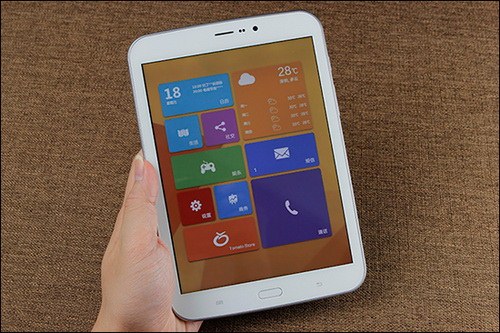 If that’s a real screen then Kraft Processed Cheese Food is cheese. 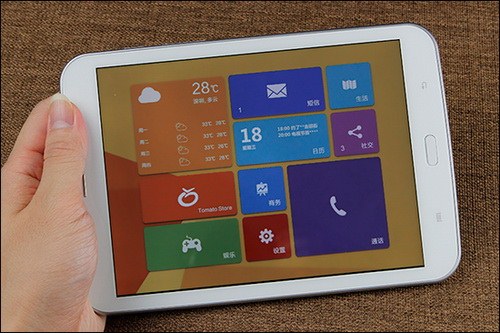 The Tomato T2 tablet is an octa-core Exynos 5410-based 1024 x 768-screen tablet that’s obviously been influenced by Samsung design.

The report claims it’s using an engineering sample. Although the final version will allegedly have its 5410 CPU running at 1.9GHz, the sample is clocked at 1.6Ghz. Harumph.

Even though it looks like it was Photoshopped too.

All of the ports are at the bottom, one of which is a USB 3.0 (whether mini, micro, or full size is still unclear) port:

But what’s that huge honking cover at the right? 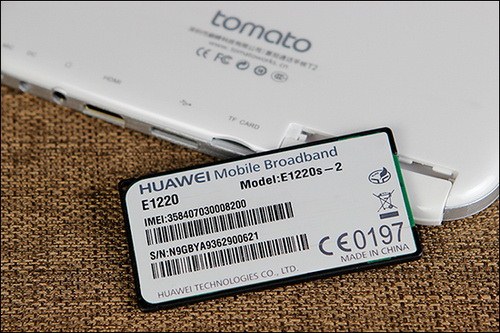 The Tomato T2 will use the new UltraStick to add 3G (and possibly 4G LTE later on).

This is the claimed AnTuTu 4.0 score, again Photoshopped: 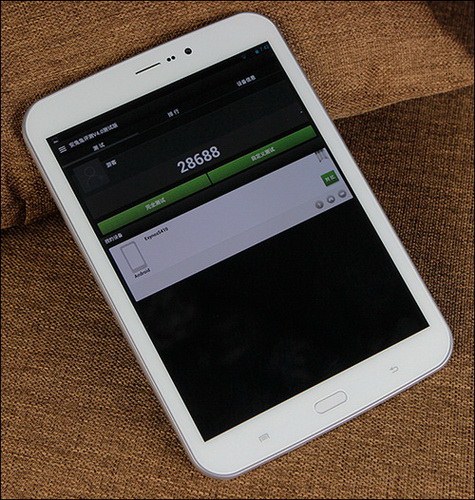 They note again that this engineering sample is clocked at 1.6GHz. The final 1.9GHz product should be in the 28,000-range.

And the Photoshopped NenaMark2 score claim:

There are other benchmarks shown — and all of them are Photoshopped screens.

Even the alleged “game tests” are Photoshopped screens.

But we do get some real information: The 2GBs of RAM with be dual channel LPDDR3 at 800MHz. Or so they claim.

My suspicion of this being vendor hype is revealed in the final paragraph of this piece — which hypes the vendor!

To call this an “evaluation” is to set a new low for that term.

There’s still no indication when this tablet is due to be released. It might not be until the end of October — which means it will face fierce competition from any revised iPad Mini Apple announces.

Despite this looking like a Samsung tablet, I’m still classifying it as an iPad Mini clone. It’s still too bad Samsung itself didn’t release a tablet like this.