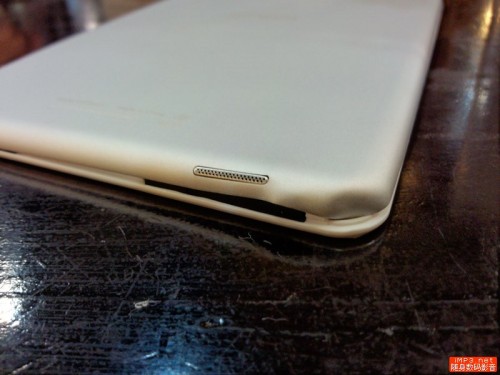 On vacation, it dropped out of his bag and hit the ground on its corner [Google English].

The Care And Support Of A Writer

How to support a writer in eight (easy?) steps

8. Leave them the fuck alone!

It’s rare to get into the flow state for writing—and it’s incredibly valuable. I’ve produced 40+ pages in a sitting because I got into the flow of it. Don’t disrupt your writer, don’t ask questions. In fact, as much as you can, try to disappear. And if your writer is in the zone but you had plans? It’s his or her turn to take the dog for a walk? You know they have to wake up early and it’s currently 3 a.m.?

Just leave them the fuck alone. One of the most supportive things you can do is treat that flow state as sacred. I know it’s a pain to change your plans while they stare at a screen and type, but don’t worry … this doesn’t happen very often.

END_OF_DOCUMENT_TOKEN_TO_BE_REPLACED

Archos 80b Platinum Is Now Official

This was outed by NYC retailer J&R back on August 15th.

What could save it? If OMA’s ROMs work on it. Especially if it’s true that MultiWindow Android can run in just 1GB of RAM. Both are doubtful prospects.

The Non-Coincidence At Samsung

The Korean company has denied its Galaxy Note 3 superphone exaggerates its performance when it detects well-known benchmarks running, as was claimed yesterday in an extensive, well-documented report on the website Ars Technica.

Kevin Packingham, the chief product officer for the mobile division of Samsung Electronics, who was involved in introducing several of Samsung’s popular Galaxy devices, has left the company.

The reasons for Mr. Packingham’s departure were unclear. Samsung’s spokespeople declined to provide details on whether his exit was voluntary. The departure was announced internally as recently as Tuesday.

That was the day Samsung’s benchmark cheating was revealed.