This shipping manifest from a source in India caused a great deal of excitement over at PCPop yesterday. And today ZOL has also done a post about it [Google English]: 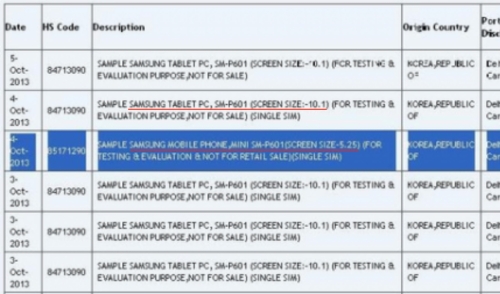 It seems to me that Samsung has sent to India for testing what could be a “Galaxy Note Mini.” Which would make it a “mini” only relative to the current Galaxy Note, which has a 5.7-inch screen. The first generation Galaxy Note had a 5.3-inch screen, the second-gen had a 5.55-inch screen. So, really, it’s not very “mini” when compared to the first model.