Compared to my ancient LifeDrive: 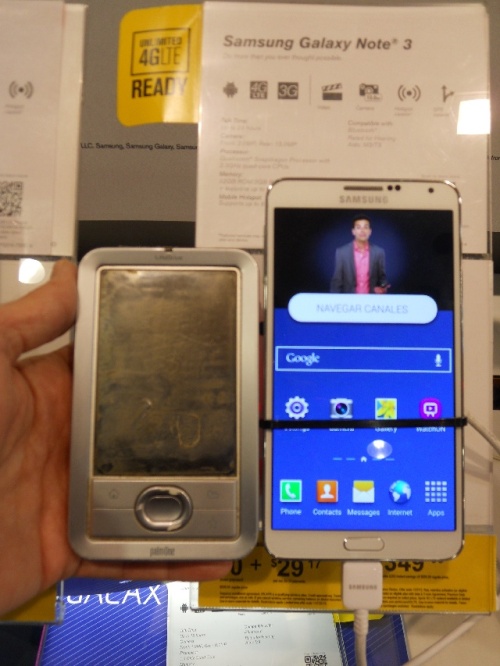 Yeah, that’s what I want in a phone. Later in the day I held both the iPhone 5C and 5S. They are just too damned small.

And the HTC One: 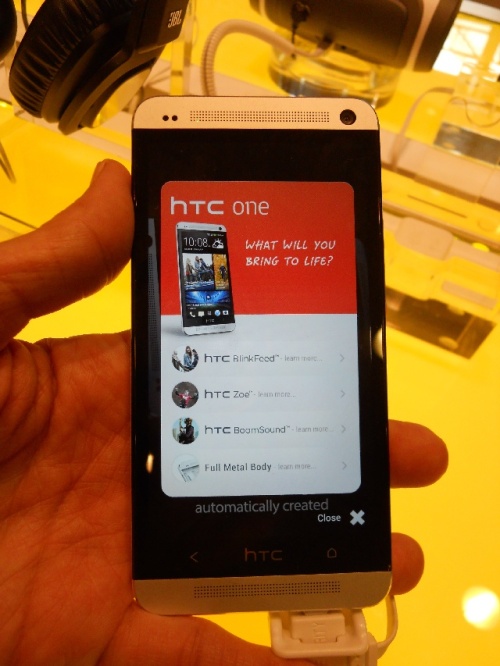 That is really a magnificent piece of manufacturing. It kicks dirt all over the iPhone 5C in terms of design, build quality, feel, and lustworthiness. It also feels better, more expensive, than the iPhone 5S. If you haven’t gone to a store to fondle it, go do so. It’s worth the trip. HTC has really set a new standard with that one.

Unfortunately, no one had the new HTC One Max in yet.

And even though I made a point to look for it, no one was stocking that bizarro Samsung Galaxy Mega phone with the large — but lower-resolution — screen.