Luckily, the Best Buy I encountered this at had full WiFi access — and it was fast.

Due to bad UI design, I wound up with four instances of it downloading:

Also due to bad UI design, it took me several confusing minutes to find out how to get rid of three of those.

I watched part of a video review of the LG G Pad 8.3 while the download proceeded:

When the download was finished, I tapped on it in the Notifications Area because why not?

Wrong thing to do. It sent the PDF to the Kindle app: 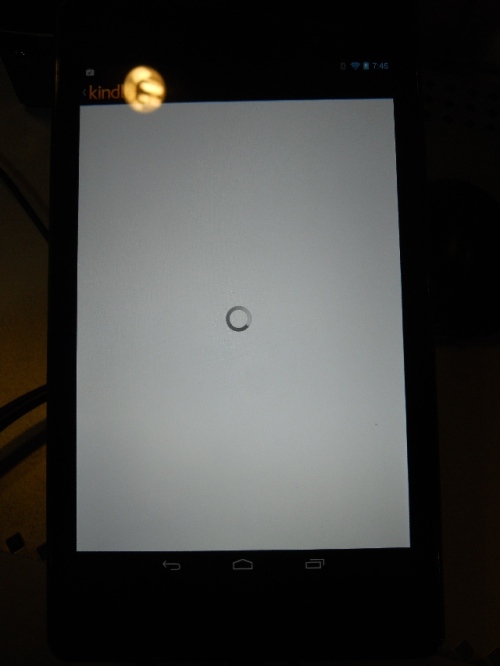 I wasn’t having any of that.

I decided to see if Best Buy allowed access to the Google Play Store. It did! So I downloaded and installed the Foxit Mobile PDF app and BAM! — 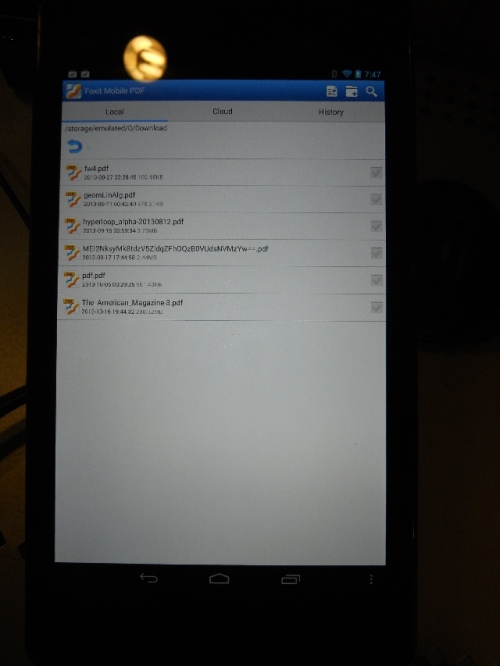 After navigating to the place the PDF was stored, I tapped on it and after a few seconds:

This time I won’t bore everyone with static photos. Because this time I remembered the damn camera I had with me could also shoot video!

So below is the entire point in video. After uploading this to YouTube, it detected there was some shakiness in it, so I asked it to stabilize the image. There’s also some transient blur but that doesn’t matter for the point I’m trying to make. There’s no narration and the only sound is the ambient noise in the store.

Performance is very good but I’d still like to see it get to the point where there’s absolute zero delay in the page appearing. Yeah, one to two seconds isn’t the worst thing in the world, but those seconds do add up after zillions of pages (and I do have zillions of pages of Google Books PDFs).

Things, however, continue to improve on the Google Books PDF front with tablet hardware. So this is good. It’s taken years to get here, but still, it’s good.

I hope to be able to do this on the Dell Venue Android and Windows tablets, the HP Slate 8 Pro, the LG G Pad 8.3, and the upcoming iPad 5 — and maybe even the iPad Mini 2. Those will encompass the Intel Atom, Snapdragon, Tegra, and A7 CPUs.

One of those tablets has to be the very best at doing this.