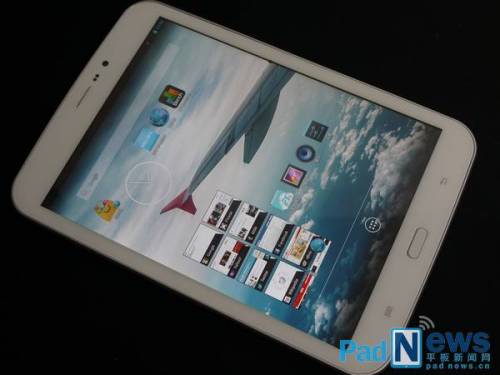 This is a 1.8GHz octa-core Exynos 5410-based iPad Mini clone with Samsung Galaxy Tab styling.

It looks to be very similar to the Tomato T2.

The review goes so far as to disassemble the tablet, which reveals this bit of engineering horror: 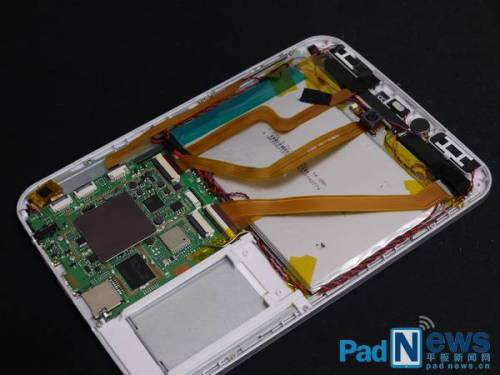 Whoa. Wires crossing over a huge heat-generating battery. Would Underwriter’s Laboratory ever approve this? And is the Tomato T2 like that on the inside too?

At the left under a huge heatsink is the Eynos 5410 CPU. That large empty space on the right is for the Huawei UltraStick for optional 3G. 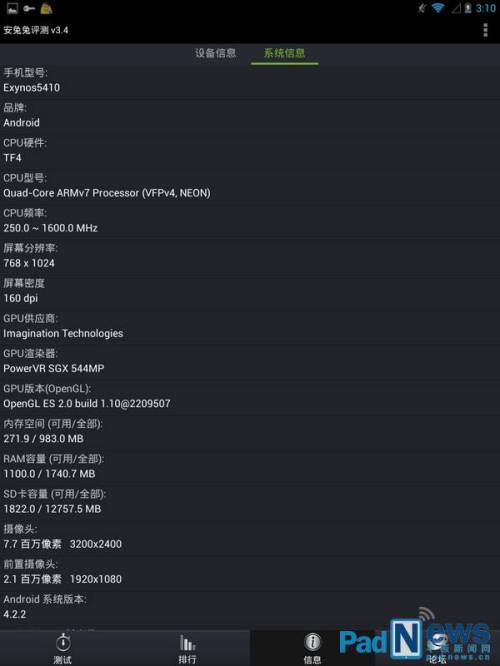 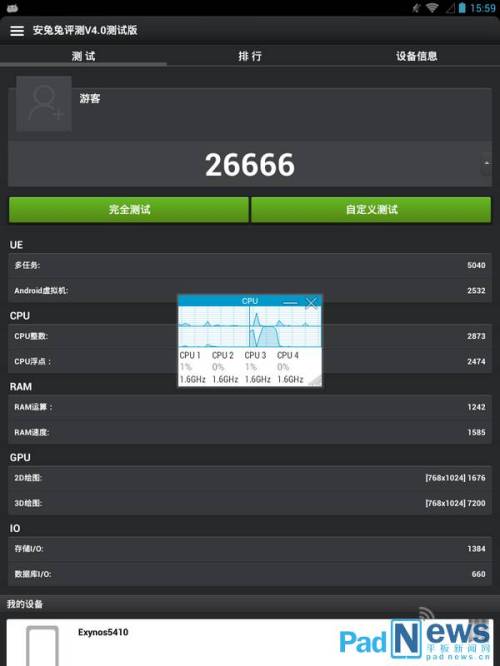 It’s not the 28,000-range of the Tomato T2. But that’s expected because the engineering sample was throttled to just 1.6GHz. The score is still good.

There are plenty of other benchmarks there. Translated into English, they find the tablet to be “amazing” in its performance. Cameras were not tested, which is unsurprising for an engineering sample. The review was basically to measure performance, which they found impressive.

This seems to bode very well for the Tomato T2, although it has yet to get widespread reviews at Chinese tech sites and, so far, there is no major forum astroturfing or buyer reports about it.

As for this Teamgee tablet, this is the only press I’ve found about it. It seems to be a secret. Will it ever be released?