Torture Is An Abomination

The Rise and Rise of Television Torture

But this prevalence of torture that you see in otherwise very comparable shows is not limited to [the TV series] Fringe. It is everywhere in American entertainment now.

For all those Ayn Rand and Dollar Uber Alles adherents out there who think we must use any means to defeat Islam — of whatever the Enemy of the Moment is — recall your Atlas Shrugged.

It was the philosophically-bankrupt looters who resorted to torture.

“The mixed series!” ordered Ferris, waving one finger at the mechanic. The shocks now came at irregular, unpredictable intervals, one after another or minutes apart. Only the shuddering convulsions of Galt’s legs, arms, torso or entire body showed whether the current was racing between two particular electrodes or through all of them at once. The needles on the dials kept coming close to the red marks, then receding: the machine was calculated to inflict the maximum intensity of pain without damaging the body of the victim.

It was the watchers who found it unbearable to wait through the minutes of the pauses filled with the sound of the heartbeat: the heart was now racing in an irregular rhythm. The pauses were calculated to let that beat slow down, but allow no relief to the victim, who had to wait for a shock at any moment.

Galt lay relaxed, as if not attempting to fight the pain, but surrendering to it, not attempting to negate it, but to bear it. When his lips parted for breath and a sudden jolt slammed them tight again, he did not resist the shaking rigidity of his body, but he let it vanish the instant the current left him. Only the skin of his face was pulled tight, and the sealed line of his lips twisted sidewise once in a while. When a shock raced through his chest, the gold-copper strands of his hair flew with the jerking of his head, as if waving in a gust of wind, beating against his face, across his eyes.

The watchers wondered why his hair seemed to be growing darker, until they realized that it was drenched in sweat.

The terror of hearing one’s own heart struggling as if about to burst at any moment, had been intended to be felt by the victim. It was the torturers who were trembling with terror, as they listened to the jagged, broken rhythm and missed a breath with every missing beat. It sounded now as if the heart were leaping, beating frantically against its cage of ribs, in agony and in a desperate anger. The heart was protesting; the man would not. He lay still, his eyes closed, his hands relaxed, hearing his heart as it fought for his life.

“He won’t,” snarled Ferris. “He’ll wish he did, but he won’t! The machine won’t let him! It’s mathematically computed! It’s safe!”

“No! It’s not enough! I don’t want him to obey! I want him to believe! To accept! To want to accept! We’ve got to have him work for us voluntarily!”

“Go ahead!” cried Taggart. “What are you waiting for? Can’t you make the current stronger? He hasn’t even screamed yet!”

The only part of that scene — which is much longer — that lacks the up-to-date touch is that Rand could never imagine the horror of electrodes being attached to a victim’s genitals. Otherwise, that’s textbook modern torture.

For those who have a problem understanding the difference between America and its actual enemies, the following.

This is the Enemy: 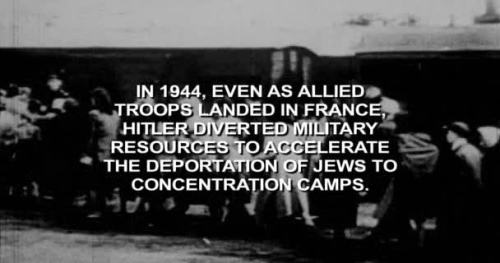 This is supposed to be — and at one time actually was — America:

Local customs, especially those touching upon religion, are to be given consideration and respect.

Rifling of orchards and fields and unauthorized appropriation of food stores are contemptible and punishable by court martial.

Remember that conquered and occupied nations will be critically short of food. Depriving the people further will create great hardship and in the end will cause conditions that will make your own job a harder one. It is always a strain on our supply lines to feed people of occupied countries. Don’t strain it further.

Don’t belittle or be critical of fighting qualities of former soldiers. By now you will have had a good opportunity to judge just how good a fighting man the enemy is. The point is, we don’t like to kick people when they are down.

The first, Hitler in 1944. The second, a handbook to America’s victorious occupying forces just a year later.

There is no excuse for America to engage in torture.

There is even less reason for a writer to create a scene where torture is used for in the service of good.

The first is a horror.

The second is mark of a thoughtless hack pandering to the basest instincts of a depraved audience.

If none of this is clear, let me put it this way: Good people don’t torture. Period.