It’s now gone on sale at JD dotcom, so the official release must be very soon:

TMall is still listing it for 1,199 locally. I don’t know if the JD price is a special deal. Chinese pricing can sometimes be very screwy and not amenable to Google Translate. Discounts are never reflected in the prices of international middleman sellers.

After the break, four new videos.

I don’t know if this first video is of the Retina-class model, but it’s worth seeing. Look at how wicked fast it is when the iFive Skin 2.5 is replaced by a different launcher:

This is just a few seconds of making the video switch from default to full screen (again, I don’t know if this is the Retina version):

Now two reviews. All screensnaps taken from the 720p video; click to enlarge.

This one also lacks the iFive Skin 2.5: 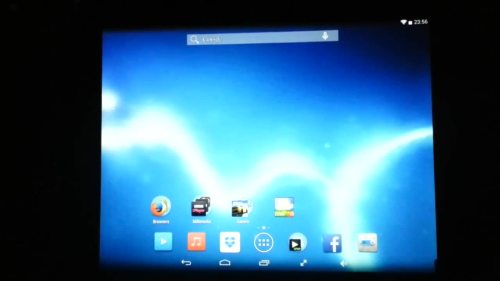 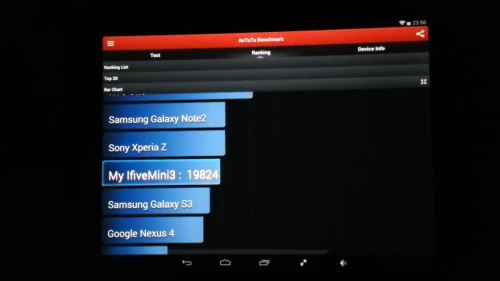 Flash will play in Dolphin Browser:

The screen is just amazing, Very clear and perfect for video. The size of the screen is 7.9″, which I think is a good size. The build quality is level with Samsung. The design leaves you feeling you have a very expensive tablet. This tablet is very sturdy.

WiFi is also good but this depends on the make and model of you router.

I mainly bought this for watching video and it’s just amazing. Although i have had some problems resuming video after pausing it to find i have lost WiFi signal… Only a few times though.

The only big negative is the bloatware on this tablet as i would like a stock android launcher. I hope FNF take into account that people overseas need an option for stock android. FNF also have an English site that offers support but need to update the English site with the tablets displayed on their Chinese site. I sent an email for support but have not got a reply yet.

On another negative note. I lost WiFi and had to reboot 4 times to get it back. They do supply a travel adapter but when the tablet is charging the adapter get hot. So don’t be leaving this charging overnight.

I like the tablet despite the minor issues, but you would probably get this with all tablet you get these days.

Snaps from the next video.

It wants to do an Over The Air update: 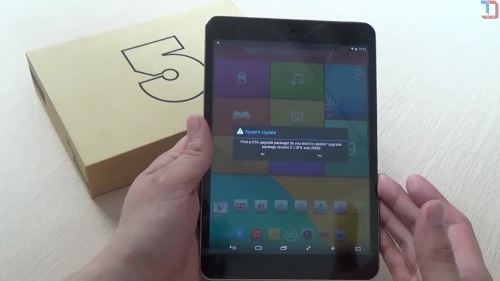 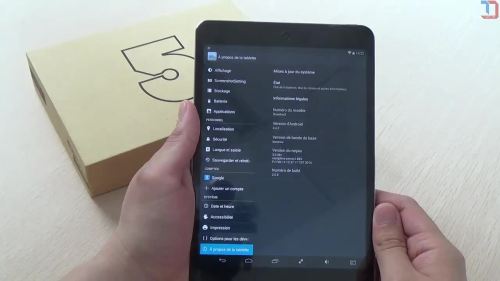 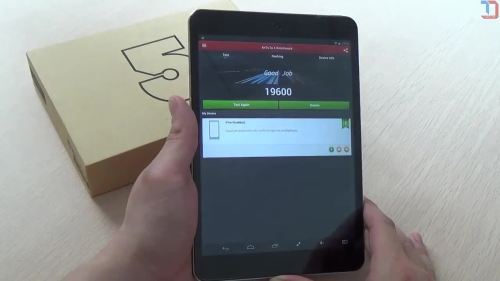 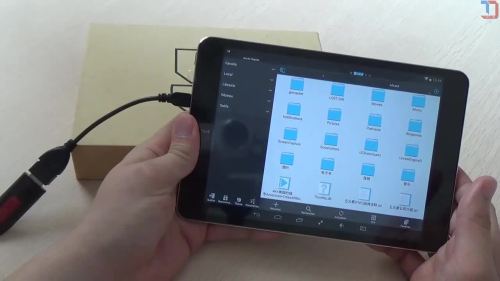 There’s a problem playing video at one point. Might have been a mismatch between the file format and the video playing app he was using.

A large game is played:

If someone reading this has it, do the Google Books PDF test. I’d really like to see how that goes with a Retina screen combined with the RK3188 CPU and Mali 400 GPU. [American Magazine PDF via Google Docs; Foxit Mobile PDF via Google Play Store]