Teclast X98 3G Gets A Review

IMP3Net has a review [Google Translate].

Aside from what’s bundled in the box and the performance of the camera, the review echoes the one for the Onda V819i.

Even the AnTuTu score is similar: 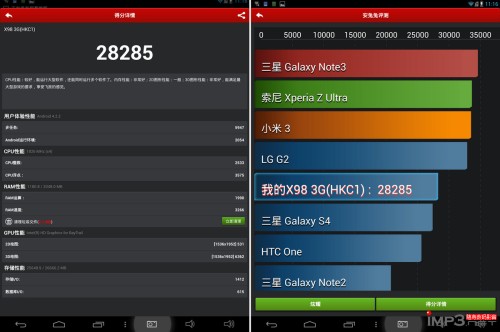 Which is a good thing, leading me to believe no cheating is occurring.

Click for large sample from the 5MP rear camera: 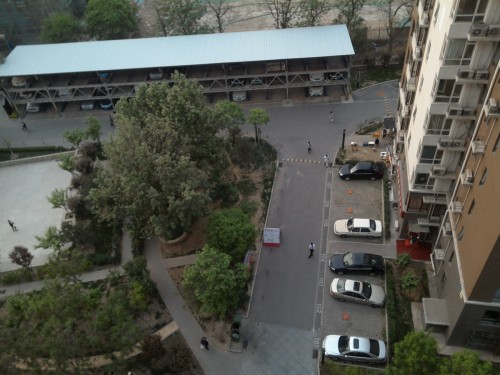 The camera is good enough, nothing special.

If wide bezels are your thing, the Teclast X98 3G fills that need. Otherwise, if you’re interested in a 64-bit Bay Trail-T Intel CPU, the upcoming Onda V975i would probably be better. It’s more like the iPad Air with slimmer side portrait bezels and less weight. There is no real difference in their UIs, either. Both modify Android to make it more iOS-like, deleting the App Drawer and placing all icons on the “desktop.”

Both the Teclast X98 3G and the Onda V975i will be offering Windows as an optional for-pay download in June too.

Someone ripped an unboxing video of the Teclast X98 3G from Youku (note that the package includes extras which do not come with the X98 3G):

Despite an AnTuTu score that might be just four-fifths that of a Rockchip 3288-based tablet, tablets with a 64-bit Intel bay Trail-T processor should exhibit considerably better performance than past Retina-class tablets using the A31s and 3188 CPUs. So they’re basically all good.

One response to “Teclast X98 3G Gets A Review”