The first guy is not particularly happy about a screen issue.

The USB charger remains the same:

The SIM and microSD card slots: 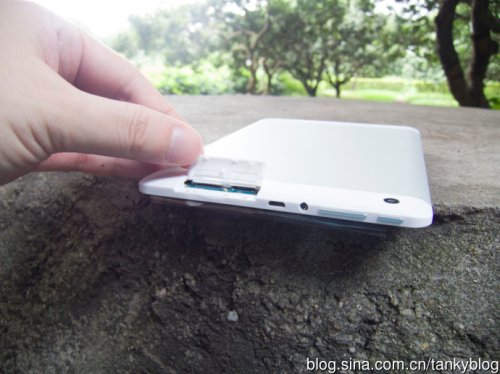 Screen brightness outside doesn’t seem to be an issue with this model:

He has no complaints about the AnTuTu score: 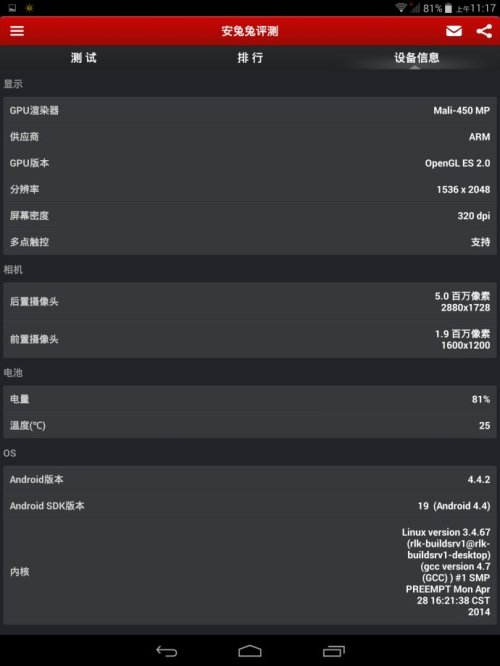 His other complaint is with the camera. He posts several outdoor images which are all crappy looking at full size and are passable at blog-column size. I’m not including those here. The camera being barely good enough has been an ongoing issue with all of Five Technology’s tablets.

He concludes that anyone who wants a device to make calls should get a smartphone instead. A tablet really isn’t the right tool. The higher your expectations for a “call tablet,” the bigger the disappointment. Due to the screen issue, he seems inclined towards returning it. His full report is a Weibo blog, which Google Translate doesn’t work on (copy/paste the text separately for translation).

The second user shows a close-up of the back [Google Translate]: 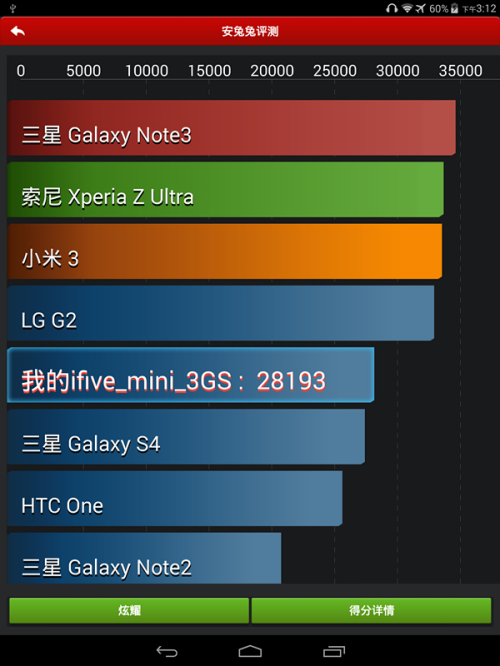 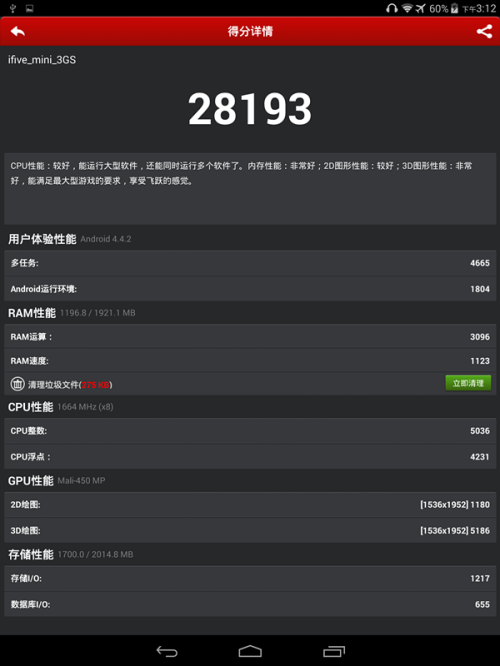 That user is generally satisfied but has an issue with headphones and the physical volume buttons that Google Translate doesn’t make clear. GPS also seems to be a bit of a disappointment.

A third user wonders if the fit of the microUSB port is tight and others say Yes [Google Translate].

Another user points out several bugs, only one of which is clear [Google Translate]. The command bar obscures the bottom of the keyboard, as shown in these Youku video screensnaps: 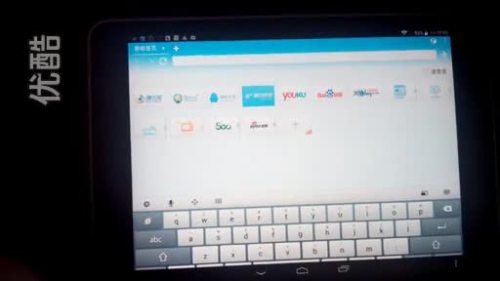 Even resizing the keyboard doesn’t help. The spacebar is blocked! That’s just not good. But this first batch of two thousand units should really be considered a pay-for beta test, so I expect that issue to be resolved by the time the 3GS is available for sale to everyone.

Aside from the bad camera — which is no surprise — I haven’t seen anything yet that makes the 3GS a tablet to avoid. It’s more powerful than the 3188-based model and even if 3G can’t be used in your country (such as the U.S.), the increase in performance should be enough.