Xiaomi: A Company Obscured By Language

Reuters has an interview with the founder of Xiaomi, Lei Jun. 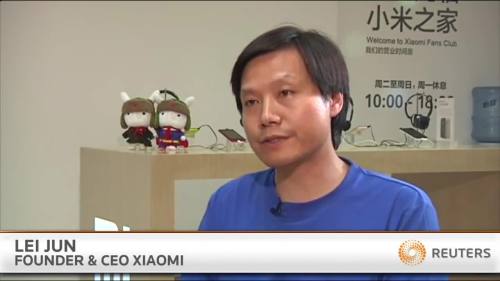 Here are some choice excerpts:

I think the main problem is that you have to be able to read Chinese to comprehend the scope of what Xiaomi does. To everyone outside of China, they look like Apple.

To everyone inside of China — who can access all of the Xiaomi Internet services — Xiaomi is completely understandable and isn’t compared to Apple.

Now I see why there have been reports that expect the Xiaomi tablet to be priced very low despite its very high-end spec. Xiaomi isn’t in business to sell hardware. It’s in business to sell what they offer on the Internet — and all of that is what we can’t see outside of China, except for those who can read Chinese.

That means in every country Xiaomi expands into, it must hire translators and cultural experts to customize their services for that local market. They don’t make their money on the hardware — as he said, it’s like the Kindle. The money is made when the device is used with Xiaomi’s services. Every device not used with their services is money lost. While it’s nearly impossible to buy a Kindle and not use Amazon to buy books, the same doesn’t hold with a Xiaomi device — so they’re really going to have to find a way to hook people to what they sell online. That won’t be difficult to do. Amazon, Apple, Google, and everyone else has done and is doing it.

Xiaomi will be expanding into ten more countries in 2014:

However, that doesn’t mean they’ll have a complete presence:

MIUI, the company’s homegrown Android ROM which powers its devices, remains more evolved in mainland China than in Singapore, Taiwan, and Hong Kong (the three other markets where it currently operates). In those territories, Xiaomi hasn’t yet implemented payments for its app store, theme store, game store, or book center. Those are all central to the Chinese Xiaomi experience, as well as a part of Xiaomi’s business model.

My personal thing is this: I really can’t have an Aha! Moment with Xiaomi until I can see all of it in English. And how long will it take them to do English? In fact, will they ever do English? If they have truly global ambitions, I think they must.

And now the video: