PadHz has run some benchmark charts [Google Translate] from a site that at post time refuses to build in any browser I have: INPAI. 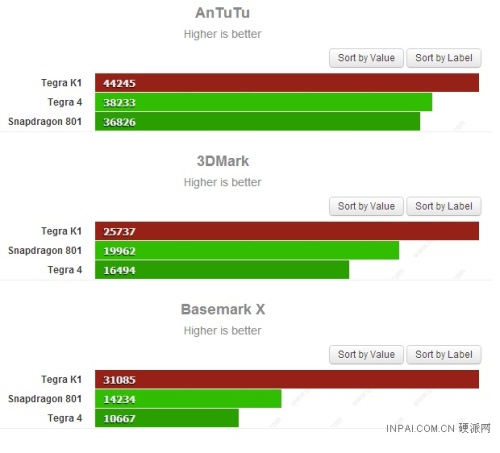 Unfortunately, without my being able to get to the source site, I don’t know what hardware these benchmarks were run on.

Still, it looks like the K1 is going to be the most powerful tablet CPU out there — at least for most of this year (which is nearly hitting the halfway mark).

How soon before anyone other than Xiaomi releases a tablet with it?

Same-day update: There must have been gremlins (or NSA) in the undersea cables. The INPAI post now builds and here it is [Google Translate]. But they don’t reveal what hardware they used!