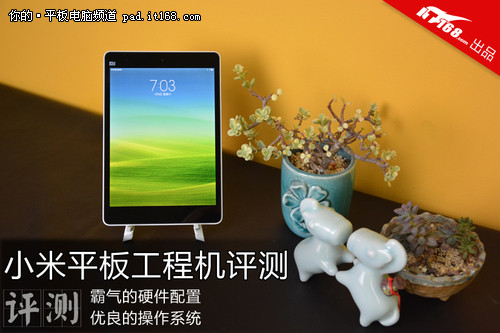 At 1,499 locally for the base model, it’s significantly more expensive than any other domestic-brand iPad Mini clone. The 1,499 price puts it on par with the higher-end eight-inch Ramos i8Pro Windows 8 tablet. On the other hand, the internal design and manufacturing are world-class, with Foxconn (used by Apple and other global brands) doing the assembly. This is not a Chinese “cottage” tablet.

The review is rather brief and not as technically in-depth as the one by ZOL.

Nevertheless, there are the usual benchmarks. IT168 is rather stingy with the size of the screensnaps, though.

They didn’t test the camera — at least there were no sample images published — but they did test large games.

Summary: [Xiaomi] Tablet are outstanding performance from all aspects, whether the amount of game performance or the performance of the overall system, even the most basic system applications are designed to be very user-friendly, simple. And the basic spirit of [Xiaomi tablet] hair “burn” state, given the price continues to 1499, for the average person is indeed a very worthwhile purchase, the temptation to purchase a Tablet PC. So was able to have such excellent performance price close to the people, who can resist the temptation?!

And no, I don’t know what “hair “burn” state” means. Damn Google Translate!

And they included this very impressive video (wait for the actual demo):

From Youku comes an unboxing and test video that shows something new.

… he can swipe through pages on the home screen horizontally …

… and vertically through web pages! That’s almost like the palm rejection older stylus-enabled Windows tablets had. 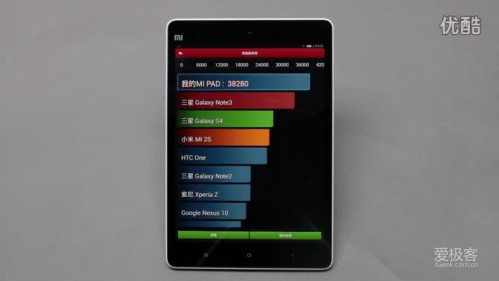 Finally, for this post at least, a twenty-minute video that’s a combination of simulated unboxing (he’d already unboxed it and loaded apps) and test. He goes through just about all the Settings, then does an AnTuTu 4.x test …

… pages through a magazine … 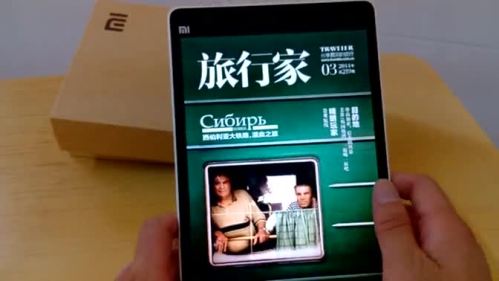 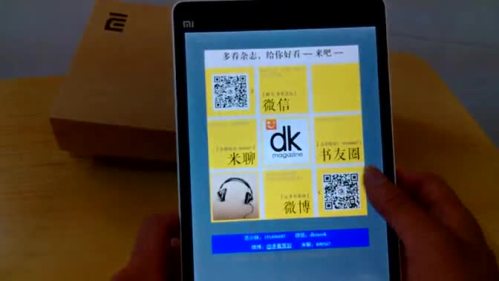 … and tests some very large games, including Asphalt 7 and 8.

Towards the end of the video, he tries three apps for QQ. They all crash. This is not a fault with the MiPad. The QQ apps crashing on other tablets has been an ongoing complaint in China.

This will probably be my last post about the Xiaomi MiPad unless something remarkably new about it appears. I think enough information has been provided here for everyone to make a buying decision.