The Onda V989 is the first tablet with the new octa-core Allwinner A80 CPU. It’s an iPad Air clone with 9.7-inch Retina-class screen, 2GBs of RAM, and 32GBs of internal storage. 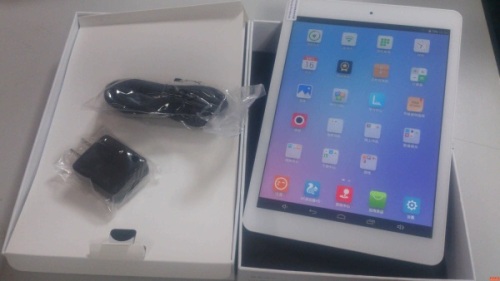 Testing has begun; at post time not much there. I tend to think these are legitimate buyers and not Onda beards.

Another user in the thread reveals there are already two iterations of the V989:

Someone further in the thread makes this claim:

2, touch screen good speed, fast sliding reaction. Screenshot is easy to talk about, which is set in the settings look, you can draw two fingers to click on the screenshot, very convenient.

4, the original thought eight nuclear power and great heat, heat the facts is not great, no hot, does not affect use. Time of it, lunch at noon, when I play games online these estimates toss two hours or so, there are more than 60% battery, estimates should also continue to play a three, four hours of it, more than six hours to play the game These times quite good.

5, three-axis gyroscope is also the reason to buy this tablet, the operating sense of the game is good, but a bit too flexible.

6, there is a human face to set playback, the video will not play away, and come back to start automatically. There is a gesture wake function, very cool.

Shortcoming
1, online video Sohu some video when some Caton, not smooth feeling

2, 8 million pixel capability did not work out, there are still some room for improvement, but according to the phase when finished editing the photo is reversed.

3, face recognition function switches the screen what is cattle, but some still want to optimize the sensitivity and recognition, and sometimes delayed reaction, however.

4, in the video, and web browsing when rotating the screen when still seems a little slow.

5, three-axis gyroscope too flexible, and play a similar game when micromanagement shootout little feeling of floating.

And that user’s AnTuTu 4.x score: 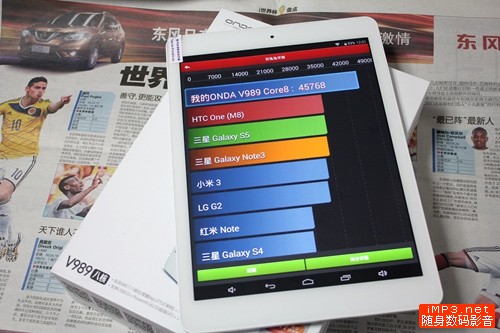 I don’t believe the AnTuTu 4.x scores. And if the claimed AnTuTu X score is true, this has a bit more strength than the Intel Z3735D CPU but not as much as the Rockchip 3288. Video playback issues could be a dealbreaker for some. Battery life is still unknown although one user extrapolates to ten hours of light use (that is, no big games).